Why the thirst for sporting scandal?

The endless suspicion-mongering around sport is born of a deeper distrust. 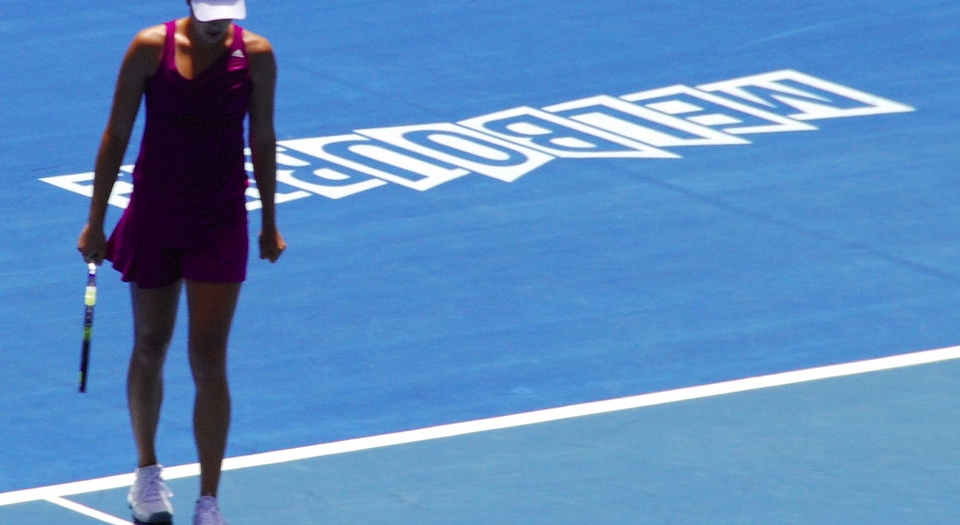 Professional sport does appear to be in the midst of an especially corrupt era. While its money-grubbing, fame-hungry stars are suspected of pharmaceutical enhancement and other dastardly deeds, its governing bodies are accused of covering up potential scandals, that is, when their members are not lining their pockets from dodgy tournament-hosting deals. Last year, the big story was corruption at the Fédération Internationale de Football Association (FIFA), with Sepp Blatter the unacceptable face of backhanders. At the beginning of this year, it’s been the turn of the International Association of Athletics Federations (IAAF), with Lord Coe, its newly elected chief, facing questions about the extent to which he knew of Russia’s doping programme, and the IAAF’s ex-president Lamine Diack’s paid-for cover-up. And this week, tennis is looking a little less Daz-white after the BBC and BuzzFeed News claimed they have seen ‘compelling’ evidence – namely leaked files showing suspicious betting activity in 26,000 matches – of widespread match-fixing.

There is something really rotten in the state of sport. Or at least that’s what you could be forgiven for thinking given the never-ending stream of sporting scandal. But is sport really as tainted as the perception suggests? Are any of the alleged wrongdoings, be it steroidal, blood-thickened victories, bribes and backhandery, or indeed throwing matches in return for bundles of cash, anything particularly new? No, not really. For a start, as long as sport has had rules, there have been those willing to bend and break them to their advantage. And that same competitive urge has meant that athletes have been doing everything, and taking anything, to beat their opponents since ancient times, when Greek Olympians would seek a pre-tournament hormone boost through a meal of raw animal testicles. Their early 20th-century successors were no ‘cleaner’, washing down cocaine, strychnine and the like with shots of brandy in the hope that they just might steal a yard on their competitors.

Match-fixing and betting scandals are nothing new, either. In 1919, for instance, eight Chicago White Sox players were accused of intentionally losing the World Series to the Cincinnati Reds as part of a betting scam. In tennis, in particular, the act of ‘tanking’, when a player deliberately loses a match for any number of reasons, from laziness to occasionally something more financially rewarding, has long been prevalent. And given the money now washing around sporting bodies and their contractors, it would be a surprise if there weren’t any bribes or bungs greasing hands.

This is not to say that cheating in sport is to be ignored. The rules of the games in question ought to be enforced or there’s no point in having them. As for match-fixing, bribery and backhanders, where there’s evidence, there should be legal proceedings. But the problem with the intense focus on sporting scandals, be it a newfangled case of corruption or an old-fashioned tale of cheating, is that there is no light, no perspective. Instead, commentators are too eager to see a ‘crisis’, an impending damnation, a final reckoning. Problems to be tackled are constantly being transformed into a sporting end-of-days. Hands are wrung. Head-shaking ex-stars are wheeled out, woe in hand. And sport, a glorious, sometimes inspiring distraction, becomes the main, headline-hogging attraction.

But sport is simply not in the mire the doom-mongers think it is. For all the concern about the role of pharmacology in sporting achievement, there is no drug that can make someone dribble like Lionel Messi or return serve like Andre Agassi. And despite the new concerns over match-fixing in tennis, so well-remunerated and rewarded are elite-level tennis players that throwing matches for cash is literally not worth their trouble. The sporting spectacle still rightly retains its ability to awe and entertain.

So why is there a growing sense that sport, from athletics to tennis, is in the grip of a profound crisis, that ‘it’s being robbed of its essence’, as one pundit put it? What prompts another commentator to remark forlornly that ‘sports appear to lack integrity at the moment’?

Part of the problem is that as sport, and football in particular, has come to dominate the public sphere, filling the gap where politics used to be, so it has moved from the backpages to the frontpages. It has become an issue on and through which public figures engage with the public. Hence politicians must have an opinion on sport. So what ought to be a matter for the relevant sporting, and in some cases, legal authorities, such as the allegations of match-fixing in tennis, now becomes a matter for parliamentary debate. Hence Conservative MP Damian Collins, a leading member of the Culture, Media and Sport Select Committee, announced that, ‘It would be good for tennis to come forward to the select committee to explain what it’s doing to address these terrible match-fixing allegations and to combat the problem as a whole’. There has even been talk of an audience-cum-interrogation with prime minister David Cameron. And all this is nothing compared to the global political grandstanding over the FIFA corruption scandal, in which authority-wanting Western politicians fell over themselves to condemn the behaviour of bung-seeking FIFA executives. Given the newfound political interest in what used to be a set of popular pastimes, it’s no wonder that sport appears to be in the grip of some unprecedented malaise. After all, it’s now an issue of national, indeed international, importance.

But it goes deeper than that. The sense that sport is in crisis, that people are getting up to no good behind the scenes, is of a piece with the general sense that people, if left to their own devices, will err, will line their pockets, will cheat. As one commentator gloomily noted, ‘international sports governance has become another thing in which trust has collapsed amid sensational scandal’, just as it has done in ‘banks, parliament, the media, the Catholic church, the police’. This is why the near-religious language used to characterise the crusade against seeming sporting corruption – ‘cleaning up’, ‘purging’ ‘rooting out’ and so on – is so redolent of the language used to characterise the response, say, to the MPs’ expenses scandal or even to the rumours of child abuse in high places. Little wonder that so many of the commentaries on both the travails of Lord Coe and the IAAF, and now tennis, are so rich in conspiracy theory, that, as one commentary has it of the tennis scandal, ‘the sport may have been complicit in corruption by failing to act on repeated evidence of wrongdoing’. Again, the sheer suspicion of widespread wrongdoing as been turned into something approaching a fact, with each proven case of cheating or financial skulduggery merely the tip of iceberg. And if wrongdoing not being uncovered, if, say, the Tennis Integrity Unit insists that there is little proof of widespread match-fixing, critics will claim that sport’s own regulatory bodies are complicit in the corruption.

The solutions proffered, likewise, reek of the crusades against other institutions no longer deemed capable of regulating themselves, be it the press post-hacking, or parliament post-expenses scandal. It’s all about ‘greater transparency’, about ‘winning back trust’, about creating external regulatory bodies willing to clamp down on suspected wrongdoing. Yet what those calling for greater transparency and harder regulation don’t seem to grasp is that they are not purging the sporting spectacle of the taint of suspicion. No, they are reinforcing the sense that there is something to be suspicious of, that, without the scrutiny, without transparency-cum-surveillance, participants will revert to their cheating, even criminal, ways. Sport’s biggest problem is not cheating participants or far-flung betting syndicates, it’s the crusaders tainting the spectacle with their own distrust of their fellows.

Picture by: Richard Fisher, published under a creative commons license.