After Cologne: let’s ‘dare to say how things really are’

The furore about those sexual assaults says more about ‘our’ culture than ‘theirs’. 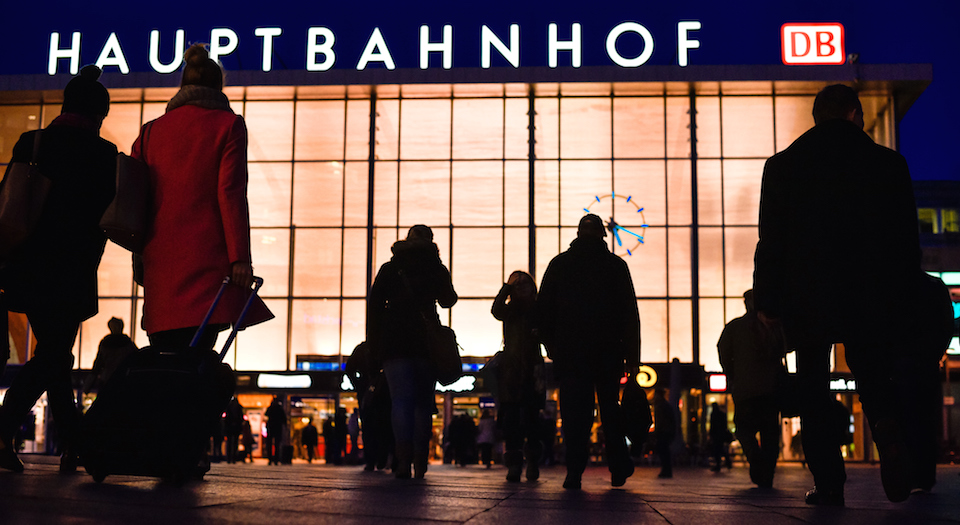 In the fallout from the New Year’s Eve crime spree in Cologne, when numerous women were allegedly robbed and molested by men recently arrived from Syria and other Arab countries, most of the political focus and media fury have been aimed at ‘their culture’. At the problem of Muslim men’s allegedly ingrained disrespect for women. At the fundamental conflict between their Koran-derived way of thinking and Europe’s women-friendly, gay-friendly, largely liberal outlook. As one observer put it, Cologne shows that the culture of these men is simply ‘not compatible with European norms’.

All this handwringing over ‘their culture’ is strange. Not because we shouldn’t criticise other cultures — I’m all in favour of that — or because we shouldn’t chastise and punish the men accused of committing crimes in Cologne. No, it’s weird because what the Cologne fallout most graphically exposes is the rot and disarray and dishonesty of our culture. Of 21st-century Europe. Of nations, like Germany, which claim to be liberal and enlightened but which in fact now exist under a creed of sheepish, silencing multiculturalism which puts more store by lies that might help to pacify mass society than by truths that might open up real and, yes, difficult debate.

The Cologne controversy shines a harsh light on the corrosion of the Enlightenment values Europe claims to hold to, on the decay of freedom and openness at the very heart of Europe; and we’re obsessing over the cultural habits of gangs of Arab blokes?

There were two alarming things about what happened in Cologne. The first was the attacks themselves, which, going by the women’s accounts, were awful. The second was the way the authorities, like rulers in some fictional dystopia, sought to cover up the nature of the attacks lest the revelations rattle the populace and provoke inter-communal tension. The police chief of Cologne consciously hid info about the backgrounds of the attackers. He told the media it was hard to know who carried out the assaults, a claim later contradicted by officers who were on the ground on the night in question, who say ‘the majority’ of those arrested had asylum-seeker IDs.

Like something out of Orwell, the police chief preferred to promote a lie of omission than allow the truth of the situation to start a discussion about Germany’s recent intake of immigrants from Syria and elsewhere. He appears to have tailored the facts, rewritten reality, in the name of keeping in check the passions of what he seems to view as the swirling German populace, better kept passive with untruths than made rowdy with uncomfortable facts.

And he isn’t alone. Post-Cologne it has been revealed that a similar censorious dynamic has held in Sweden over the past year. There, police and officials have recently noted a ‘modus operandi that we had never seen before… large groups of young men who surround girls and molest them’, and yet they, too, have chosen not to speak too openly about these attacks or reveal the origins of the perpetrators, many of whom are from Afghanistan. Why? Because, in the words of a police chief in Stockholm, ‘Sometimes we do not dare to say how things really are because we believe it will play into the hands of the Sweden Democrats [the right-wing anti-immigration party]’.

Refusing to say ‘how things really are’ — that, right there, speaks to the relativistic, self-silencing, fundamentally dishonest political culture that dominates Europe in the 21st century. This is not a new phenomenon. From race think-tanks in the 1990s inventing the idea of ‘Islamophobia’ in order to, in their words, challenge and chastise the notion that Islamic culture is ‘inferior to the West’, to the dishonesty of police in Rotherham in northern England who refused to speak openly about Muslim men’s exploitation of white working-class girls lest such crimes stir up the populace’s dangerous passions, for the past 20 years or more multicultural Europe has discouraged or demonised public debate about criminal incidents, immigration and values themselves, fearing such debate might disrupt the fragile social and moral order and unleash undesirable sentiments.

Partly this unwillingness to ‘dare to say how things really are’ is driven by a fear of populist far-right parties — like the Sweden Democrats — and of the plebs who vote for them. That is, it is motored by its own prejudices. This self-silencing presents itself as a good, progressive urge to protect immigrants from the prejudicial views and behaviour of the natives, yet underpinning it is an even darker prejudice which views Germany’s or Sweden’s or Britain’s own masses as so volatile, so hateful, that they cannot possibly be allowed to know ‘how things really are’. Officials lie, or at least hide the truth, in order to keep in check the tempers of the populace: a species of tyranny that echoes the self-aggrandising lies told in Maoist China about food production to a population that didn’t have enough to eat.

But more fundamentally, the moral silencing wrought by multiculturalism is about suppressing politics itself, in politics’ truest sense of being a free, frank, conflictual discussion about values and the future. Multiculturalism is best understood as the sacralisation of moral and cultural relativism. It makes a virtue of the vacuum in the heart of the modern West, through dressing up the West’s inability to articulate what it is for and its failure to stand up for the values of Enlightenment by instead saying, ‘All cultures are equally valid’. Multiculturalism is the PC sexing-up of modern Western society’s profound alienation from its own culture, from its 300-year-old traditions of democracy, reason, growth and an aspiration, at least, to freedom, though that has been frequently thwarted. As such, the core instinct of multiculturalism, its driving force in fact, is to shush and stifle, to elevate self-censorship and denial of difficult reality over the volatility of allowing open discussion and, worse, a judgement of and between values.

The end result is a new Kafkaesque Europe. A Europe where the police disguise reality. A Europe where elevating European values over other values is branded a ‘phobia’. A Europe where to refuse to speak the truth is considered virtuous, and where saying ‘how things really are’ is seen as bad. And then we’re surprised when migrants from afar who arrive in this Europe do not buy into our values. What values? We are barely allowed to articulate them, far less judge them superior to other people’s, far less proselytise about them to newcomers.

And there’s the rub. The true problem today is not migrants, but the societies they are coming to. These are societies that cannot even create a sense of shared values within their own communities, never mind among new communities of people coming from thousands of miles away. And migrants pick up on this. They can feel the vacuum that they’ve arrived in. They know that discussion of their values and behaviour is discouraged. They sense that their new countries have no serious value system of their own. And so some of them – some – behave in an offensive and opportunistic fashion, either cleaving to their own foreign values or taking the piss out of the empty society in which they are making a new home. Our refusal to elevate European values or simply to discuss the truth about crime and instability acts as a green light to opportunists within the new migrant ranks. The American experience in the early 20th century shows it is entirely possible to build nations of people from many different backgrounds when there is a bigger, aspirational project to assimilate these people into; the European experience today confirms that in the absence of such a project, society can seem further fractured by new arrivals, who have little incentive to integrate, or little to integrate into.

The migrants who committed crimes in Cologne are wholly responsible for what they did and should be punished. But those of us who consider ourselves genuinely liberal and progressive have a responsibility too: to force Europe to confront itself, to ask itself what it is for in the 21st century. Bringing about that self-confrontation, that open, frank debate about ‘how things really are’, and more importantly how they should be, is the thing spiked is devoting itself to in 2016. The first step? To demand no censorship, no hiding of inconvenient facts, no avoidance of debate about migration, crime, Islam, beliefs, values or anything else.