Who wants a sugar-free life?

A government app warning of the dangers of sugar leaves a sour taste. 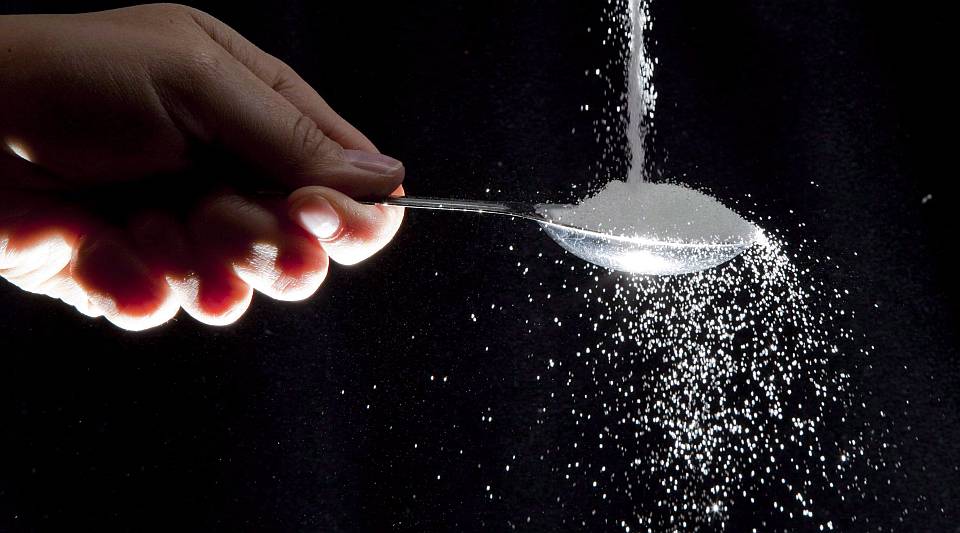 According to Public Health England (PHE), the government agency that seems to spend its entire budget demanding that we stop doing anything enjoyable, children between the ages of four and 10 are eating the equivalent of 5,500 sugar lumps per year – a grand total of 22kg of the sweet stuff. This is a very bad thing, apparently. And to enable us to see the shocking figures involved, PHE has catapulted itself right smack into the 21st century by launching an app.

The app is designed to make it straightforward to discover the sugar ‘lurking’ in our food. (Yup, according to PHE, a simple white crystalline substance can ‘lurk’.) Just download the app to your smartphone, open it up, and then you, too, can scan the barcode on any food item and get the full, horrific details. This brilliant idea is a quick and easy way to get round the time-consuming chore of, er, just reading the label.

As a dedicated journalist fully determined to research this article thoroughly, I naturally downloaded the Sugar Smart app, with every intention of zapping every item in the kitchen cupboard, fridge and freezer. Sadly, however, the app doesn’t work on such pesky technology as a brand new Android smartphone. Not so smart, after all. More crapp than app.

But these are mere trifles. The point of the exercise was surely not to get the worried well of England to spend their days scanning barcodes, but rather to create a ‘news story’ that would shove the dangers of sugar into the national consciousness for another day. And the media duly obliged. It’s not often the launch of a mere smartphone app is one of the top stories of the day for the BBC, Guardian and the rest. This isn’t a practical tool – it’s a thinly veiled excuse for more health propaganda.

If your interest was piqued by the news story – and the possibility of a free app – you would naturally end up visiting Change4Life, the cartoonish website of PHE’s diet-and-exercise campaign, where you could once again be regaled with the news that we eat too much sugar. Well, too much compared to the ludicrously low targets set by the World Health Organisation, PHE and the rest of the public-health fraternity.

Some perspective is required. Those 5,500 lumps of sugar are the equivalent of a single can of fizzy pop and a small chocolate bar per day, the consumption of which would once have been regarded as perfectly normal behaviour for children – back in the days before sugar ‘lurked’. As long as the aforementioned children get some chance to run around and burn off the 240 calories so consumed, as children are wont to do after a bit of sugar, then there is little chance that such consumption will turn anyone into a flabby diabetic. Of course, there may well be a small minority of children with a strong propensity to put on weight, who could probably do without such sweet treats, but the vast majority of children will survive this close encounter with sugary foods and drinks completely unharmed.

Much more alarming is the utter lack of critical coverage of this kind of scaremongering. ‘Health correspondent’ is now an epithet proudly worn by the worst kind of churnalist, happy to rehash press releases as news in the name of Doing Good. But no good purpose is served. At best, such stories create unnecessary anxiety about the food we eat. At worst, they serve as campaign literature in the crusade to place ever-more restrictions on what we can eat and drink. Combine the monomania of the health lobby with the servility of health journalists – and with the desperation of politicians to be seen to be doing something about… well, anything – and you have the recipe for more taxes, regulations, warnings, lectures and interventions. Our food will be more expensive, less tasty and routinely served with a side order of fear.

Whether any of these increasingly draconian measures will have any effect on the nation’s health is, at the very least, questionable. But they do have a significant impact on our personal freedom, on our ability to decide for ourselves how we wish to live.

Since it’s that time of year, maybe we should all make a New Year’s resolution. No, not to cut down on the amount of sugar we eat, but rather to push back against this endless conveyor belt of illiberal regulation of even the most trivial minutiae of our lives. In 2016, let’s not be sugar-free, just free.

Rob Lyons is campaigns manager at Action on Consumer Choice. With Christopher Snowdon, he is author of Sweet Truths: Is there a market failure in sugar?, published by the Institute of Economic Affairs.