Why young white men are so lost

Society has decommissioned working-class men, and that's a tragedy. 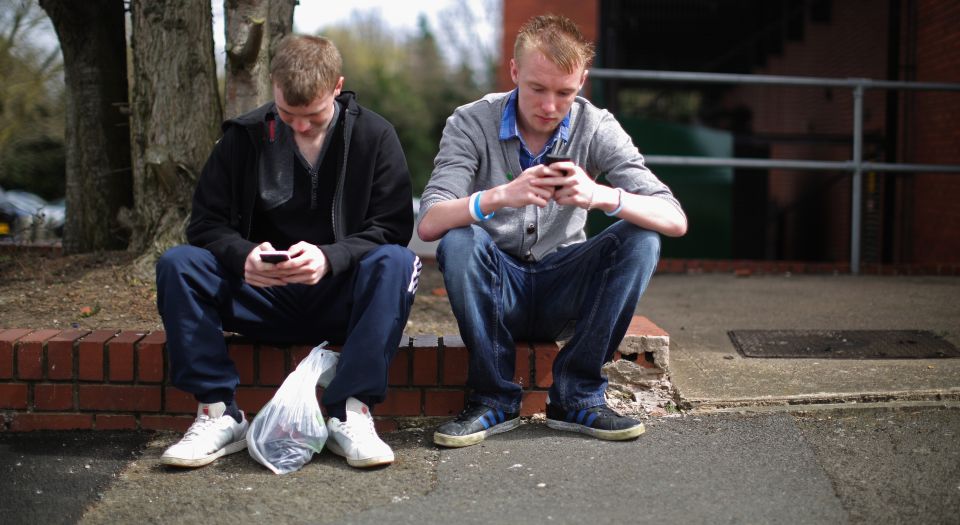 Who’d have thunk it? Apparently, young white men are the most derided group in the UK. You know, that section of society that is constantly smeared as lager-swilling chavs and would-be girlfriend abusers has, according to a YouGov poll for Prospect, been ranked by members of the public as the worst ethnic and gender group on a list of negative traits – particularly drunkenness, work-shyness, rudeness and promiscuity.

I know we’re not supposed to trust pollsters any more, but the reaction to the Prospect poll suggested it was on to something. There was a sense of genuine surprise. A poll no doubt designed to generate another shock-horror headline about Britain’s bigoted white masses showed the opposite to be true. Even Polish men – the supposed sworn enemy of the Little Englander – came off better. That YouGov president Peter Kellner’s write up of the results swiftly dispensed with the headline finding before offering a sober reflection on the post-UKIP persistence of racism rather underscored the point.

This poll – and the uncertain response to it – highlighted just how toxic talking about the challenges faced by young white men has become. It has long been noted that white, working-class boys are falling way behind women and ethnic-minority students in education and the job market. UK higher-education figures released earlier this month showed that 18-year-old women are now 35 per cent more likely to go to university than men, and only 28 per cent of the white school-leavers sign up at all, compared with 37 per cent of black kids. Mary Curnock Cook, chief executive of UCAS, has said that ‘outreach’ projects aimed at white men are now essential in reducing the ‘rich-poor gap’. But, while this has all been a long-drawn trend, the zero-sum mentality of most modern social reformers has meant that even raising such issues is wont to get you labelled a misogynist, a racist or a crybaby.

The immediate reasons for men’s ebbing prospects are clear. Over the past few decades, the old certainties available to young men have withered. Deindustrialisation did away with skilled, manual labour, leaving young, working-class men to bump around the low-paid service sector, or compete for increasingly flimsy state-run apprenticeships. Meanwhile, working-class communities, built around workplaces, churches or the family, have fractured. Young white men are not only often lacking in gainful employment; they also lack many of the traditional mechanisms through which they once developed a sense of worth and responsibility.

Meanwhile, the remaining avenues for self-improvement have become increasingly hostile to male ambition. Education has been ‘feminised’, with rote learning and exams giving way to course work, group learning and therapeutic, circle-time sessions. What are considered ‘masculine’ conceptions of knowledge, progress and dogged self-interest are constantly being undermined. Politics is seen as too cocksure, too macho, sparking a constant drive to induct more female MPs who might lend the Commons a so-called woman’s touch. Even the pursuit of personal material wealth, or, indeed economic growth for all, is increasingly seen as an exercise in macho vanity and/or eco-suicide.

All of this has been bad news for white working-class men. Lacking any of the cultural, community or state resources available to their ethnic-minority or female contemporaries, they are left to negotiate a world of education and work that seems designed to keep them out. Meanwhile, the very nature of dogged personal ambition and self-reliance – long associated with working-class youth – is constantly undermined.

Slowly but surely, people are waking up to the fact that effectively decommissioning an entire section of society is a bad idea. But the reaction has all too often fed the problem. Men’s rights types lay the blame with cadres of feminists who have apparently remade the public sphere in their touchy-feely image. And while there’s much talk about the ‘crisis of masculinity’ – expressed most sharply by the shocking rates of male suicide – only therapeutic solutions are offered. We’re told that men need male-only Safe Spaces to talk about their issues, while stiff-upper-lip resilience is painted as part of the problem. ‘The strong, silent response to adversity is increasingly failing to protect men from themselves’, says Jane Powell, CEO of the Campaign Against Living Miserably.

This gets everything the wrong way round. If some men are increasingly incapable of negotiating the adult world, their sense of purpose and self-reliance zapped, then promoting male-specific victimhood will only deepen the problem. What’s more, men’s disconnection from an increasingly feminised public sphere is the product not of a feminist march through the institutions, a concerted effort to replace masculine values with feminine values, but rather springs from an unravelling of universal values: the ideas of production, individualism and the pursuit of truth that were, in less egalitarian times, wrongly attributed to the gruffer sex.

That women have prospered in a new consensual, ‘emotionally literate’ world, as men have fallen behind, is understandable. But this does neither sex any favours. That the rallying cry of making it in a man’s world has been replaced by a drive to make public life more amenable to the so-called fairer sex patronises women as it blights men. As Jennie Bristow has written before on spiked, ‘In the prevailing ethos of our times, we’re all little women now’.

That young white men are so lost should come as no surprise. The culture of autonomy, grit and determination that were once associated with steely working-class men has all but disappeared. But this is not down to men’s refusal to adapt to post-patriarchal life, to women’s colonisation of a man’s world, or, for that matter, migrants edging the indigenous population out of the job market. It’s down to society’s inability to find an outlet for the productive, limit-defying spirit that once defined masculinity – and should now be extended to all.