The year we forgot what free speech means 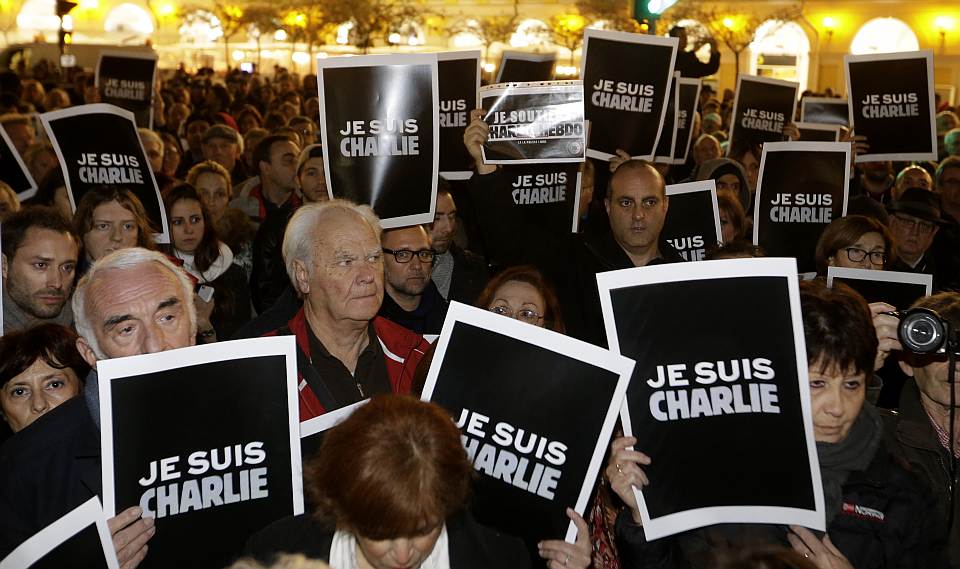 The free-speech wars of 2015 began in tragedy with the Charlie Hebdo massacre, when Islamist gunmen murdered eight cartoonists and journalists and four others at the Paris offices of that satirical weekly. The free-speech year in the UK is ending in farce, with a Belfast pastor facing a possible jail sentence for preaching the honest evangelical Christian view that Islam is ‘satanic’, and thousands demanding that the world heavyweight champion – of pugilism, not philosophy – be blacklisted by the BBC for making homophobic and sexist remarks.

Rows over free speech have hardly been out of the news all year, the battlegrounds ranging from the internet to the university campus. Wherever the issue arises, the dominant response has been to warn about the dangers of allowing ‘too much’ free speech and the need to restrict, rather than defend and extend our most precious liberty.

In 2015, free speech in Anglo-American society has been under constant siege from its three main enemies of the modern age.

There are the official censors, such as Tory prime minister David Cameron, who took a break from celebrating the 800th anniversary of Magna Carta to pledge that the government’s new anti-extremism laws would put an end to ‘too much tolerance’ of offensive speech; or the Scottish National Party (SNP) government up north, under whose Offensive Behaviour at Football and Threatening Communications Act a man was this year jailed for singing an unpleasant song in a Glasgow street.

Then there are the insidious unofficial censors, the witch-hunting Twittermobs and online petitioners pursuing and trying to silence everybody from Katie Hopkins to Germaine Greer, from Professor Tim Hunt to Tyson Fury. Often foremost among them have been the students’ union officials and activists seeking to No Platform anybody, feminist or funnyman, who might make a student feel ‘uncomfortable’ in the closed-minded, womb-like ‘safe spaces’ that our universities must apparently become.

The third enemy of free speech is self-censorship. Unsure of which opinions are now acceptable or even which words they are permitted to use, many people now fight shy of expressing any strong views. And those accused of talking out of turn are often quick to withdraw and apologise at the first sign of a wagging finger.

What of the other side in the new free-speech wars? There have been some important acts of defiance in 2015. Overall, however, the attitude of our renegade liberals has been to surrender to or even to join in the crusade against ‘offensive’ ideas and opinions.

It has become clearer that the true motto of our intolerant post-Charlie Hebdo age is not so much ‘Je Suis Charlie’, more ‘Vous Ne Pouvez Pas Dire Ca!’, which roughly translates as ‘You Can’t Say That!’. Those Islamist gunmen acted not only as the fundamentalist agents of an old Eastern religion, but also as the armed, extremist wing of a modern Western culture of enforced conformism.

The year’s end seems a good time to remind ourselves of a few things we appear to have forgotten about free speech.

The first thing that seems to have slipped Anglo-American society’s mind is that free speech is supposed to be Free. That’s free as in ‘free as a bird’, to soar as high as it can and swoop as low as it chooses. Not as in ‘free-range chicken’, at liberty to scratch in the dirt within a fenced-in pen and only an executive decision away from the chopping block.

Here is the terrible truth about free speech: it is an indivisible liberty that we defend for all or none at all. Not all of them will have the purity of soul of Jesus Christ or Joan Rivers, the wisdom of Socrates or Simon Cowell, or the good manners of Prince Harry or Piers Morgan. That’s tough. They still get the same access to free speech as the rest of us, whether we like it or not.

The second thing we have forgotten about free speech is that it is speech, simply words. Words can be powerful tools, but there are no magic words – not even abracadabra – that in themselves can change reality. Words are not deeds. It follows that offensive speech should not be policed as if it were a criminal offence.

‘Words can be weapons’ in a battle of ideas, or even just in a slanging match. But however sharp or pointed, words are not knives. However blunt, words are not baseball bats. No matter how loaded they are or how fast you fire them off, words are not guns. And an argument or opinion, however aggressive or offensive it might seem, is not a physical assault. The answer to bad words is not to end speech or lock up the speaker. It is more speech – to fight back.

And the third thing many have forgotten about free speech is that those two words together make the most powerful expression in the English language. Free speech is the historic key to progress, the single most important factor in creating and sustaining something approximating a civilised society. That has rarely been truer.

It might be hard to make a stand when unfettered free speech is so far out of fashion. But that is what makes it so important today. The fact that many feel there are now few principles or bold ideas worth fighting for in political life makes it imperative that we should all stand for free speech for all.

Because free speech is the indispensable midwife of new ideas. If our society is ever to find a way out of its current malaise, we need an open, no-holds-barred debate about everything from the real economy to the roots of Islamist terror. We need, in short, more free speech rather than less. The free-speech wars are far too important to lose without a battle to the bitter end, never mind surrendering without a fight.