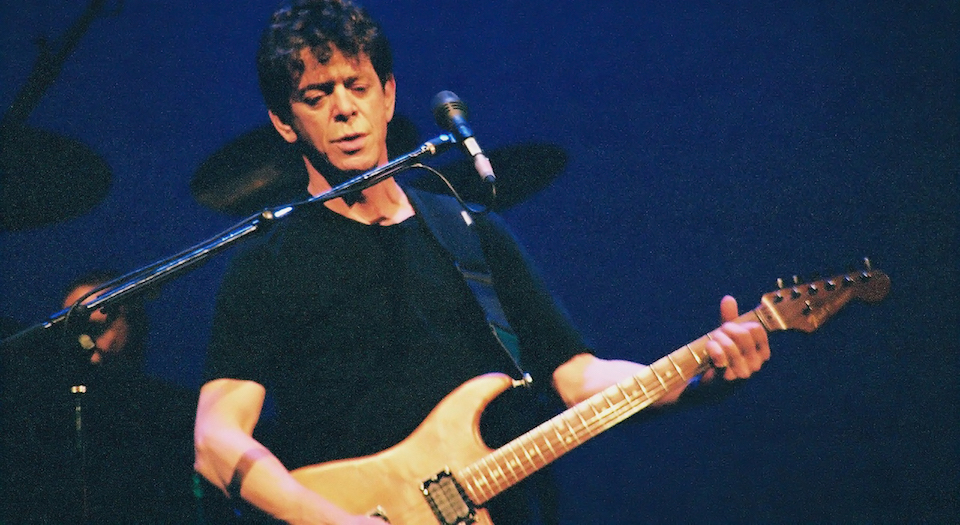 Apparently Lou Reed was an asshole. That’s according to his latest biographer, Howard Sounes. In Notes from the Velvet Underground, Sounes collates the impressions of Reed’s peers, lovers and acolytes, most of whom reported suffering emotional (and sometimes physical) abuse at Reed’s hands. It’s an exhaustive account and well supported by documentation. It seems there are very few people Sounes didn’t approach.

Sounes acknowledges that Reed was a known contrarian and claims he went for a non-judgemental tone in Notes. He didn’t quite succeed: there is a crosshatching of animus supporting the bulk of detail in the book, undermining what could have been a more intriguing account with momentary glimpses of spite. Sounes lingers just a little too long over details like Reed’s pot belly here and his exaggerations there, seeking to expose the construct behind the man. It’s a construct that Reed himself grew to dislike, one that caused him to grouse, in later years, that even for him, living up to the idea of Lou Reed was becoming difficult.

The trajectory of Reed’s adult life was shaped by an experience in his adolescence. His version is that his parents insisted on electro-convulsive therapy (ECT) to cure his bisexuality. His sister, a psychotherapist, disagrees, saying her parents followed doctors’ recommendations and only agreed to ECT to cure Reed’s suspected schizophrenia. Whatever the intention, the family was ‘wrenched apart the day they began those wretched treatments’, and Reed’s short-term memory was permanently affected. Curiously, his rancour over the treatments was directed solely at his father, a fact that mystifies his sister to this day. She says both parents were ‘blazing liberals’, not homophobes, and were mostly bewildered by a son whose problems they couldn’t understand.

Sounes structures his biography around periods corresponding with various shifts in Reed’s oeuvre, and wisely avoids examining Reed’s childhood too deeply. It is enough to know that Reed came from a loving family, suffered bullying in high school and was a dreamy and avoidant young man with literary ambitions. Those ambitions led him to Syracuse University where he met Delmore Schwartz, the brilliant and troubled professor on whom Saul Bellow modelled his main character in Humboldt’s Gift. Said to raise students to ‘great exultations’ in the name of literature, Reed fell under his influence and entered a period in which his drug use and sexual appetite expanded. That expansion led him to heroin, flirtations with bisexuality, and, of course, New York City.

A surprising fact is that Reed began his music career by becoming a paid songwriter at Pickwick City Records, an office job he later described as ‘horrifying… writing songs on demand, like a songwriter machine’. The experience gave him access to the showbiz world, however, leading him to the founding members of the Velvet Underground and then to Andy Warhol. It was at the aptly named Café Bizarre that Warhol first saw the Velvet Underground and, from that meeting on, Reed’s fortunes improved, although he never quite enjoyed the success of acolytes like David Bowie or new-wave bands like Blondie and Talking Heads.

In the following decades, Reed experimented with music instead, becoming ‘surly and confrontational’ when his records failed to achieve either critical or commercial success and surlier still when he became over-identified by his trademark tune, ‘Walk on the Wild Side’. He also experimented with living arrangements, spending three years living with ‘Rachel’, a transvestite who, onlookers recall, was ‘street’. This belies the doubting tone with which Sounes often describes Reed’s sexuality, a topic he delves into regularly. For example, if Reed was, as Sounes implies, simply trading on his risqué lifestyle to gain notoriety, why were his dalliances with men confirmed by those in the know? Reed eventually did take steps to distance himself from his bisexual identity, but that was likely due to atmospheric changes in the music and cultural scene. What started off as glam turned into punk and with punk came a reassertion of masculinity, battered though it may have been.

It’s disappointing, but Sounes takes a bourgeois position throughout the book. Reed was born a suburban Jew, a genesis so apparently wholesome, and so counter to who he became, that Sounes defaults to that hackneyed biographical conceit: ‘Did the subject live up to his own hype?’ Despite the vestiges of a pampered life – Reed kept his homes clean and freely spent money on himself – one senses a neediness and obstinacy in his creative output that went well beyond simple contrarianism. That trinity of sex, drugs and rock’n’roll was one he lived fully, perhaps because he too wondered if growing up in the suburbs made authenticity impossible. His self-doubt, evidenced by the ease with which he dispensed with naysayers, likely explains Reed’s pursuit of the rougher, grittier side of New York, a carnivalesque place where Diane Arbus also plied her trade with verve, if less emotional stamina.

In the end, Sounes joins the chorus of Reed’s detractors by damning him with faint praise. When Reed suddenly found himself flush in the 1980s, for example, he bought an apartment in New York, which Tama Janowitz (author of Slaves of New York) cattily describes as ‘beige wall-to-wall carpeting, not at all interesting’. It’s a piquant example of how even moderate success earned him the resentment of the Warholian crowd, an irony if there ever was one, considering what Warhol himself earned in his lifetime. However, the difference between the two artists’ popularity may have rested on the pecuniary expectations of some of their hangers-on. When it came to their respective entourages, Warhol was generous with his, while Reed was not. This raises some questions. Why did a less than fully successful ‘asshole’ have so many followers? What drew them to him?

Sounes admits that Laurie Anderson, the renowned performance artist and Reed’s third wife, declined to participate in the biography. He’s right when he says that a great biography doesn’t need the participation of a subject’s intimates, but, in this case, it would have helped. It’s true that Reed’s personal life, with its many facets, made for interesting reading. But given his broad range of interests – he wrote poetry and had an obvious flair for the visual – a study of his place in the larger creative world, alongside his contemporaries in literature and art, might have served better.

At Reed’s death, it became apparent that his reputation as a creator far exceeded his commercial successes, a fact that speaks to the seminal and adventurous nature of his work. While knowing who he slept with is fun, knowing the full extent of his influence would have done him more justice.

Notes from the Velvet Underground: The Life of Lou Reed, by Howard Sounes, is published by Doubleday. (Order this book from Amazon(UK))