The folly of sticking to your principles

Jeremy Corbyn’s downfall is that he’s incapable of changing his mind. 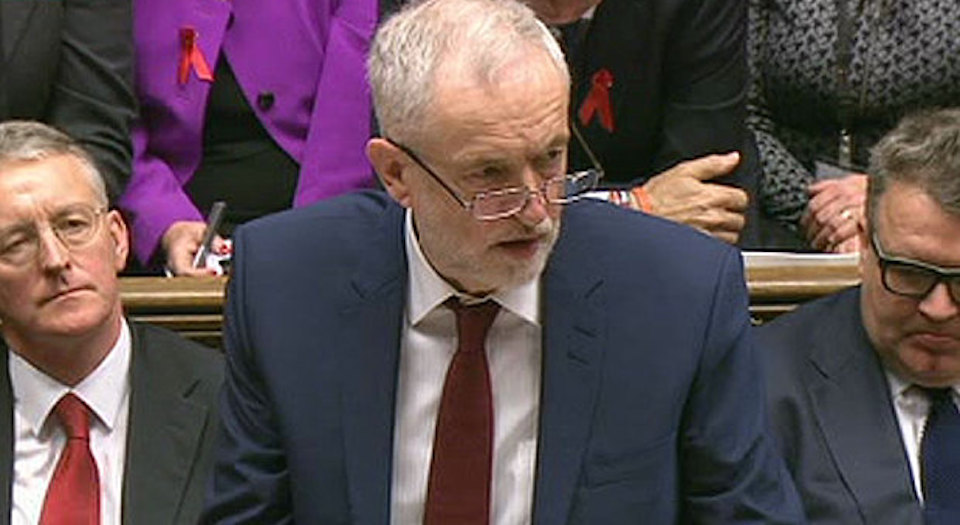 The Catholics and Protestants who preferred to be put to death than recant during Europe’s religious wars of the sixteenth and seventeenth centuries were people of principle. Today, those religious martyrs are objects of sorrow, pity or reverence, rather than inspiration. Their executioners were also driven by principles, but, today, those who kill for religious beliefs aren’t lauded as ‘principled’: they’re denounced as monsters.

To be captive to ‘principles’ means never having to change your mind. This is why Ken Livingstone and Corbyn appeal to youthful idealists: these two dinosaurs haven’t matured mentally since their twenties. Their atrophied politics are the product of tenacious principles – a naive and slavish devotion to socialism and pacifism.

Corbyn’s opposition to bombing Syria is consistent with his opposition to bombing Iraq and Kosovo, but this demonstrates the ethical constraints of ‘pacifism’. Pacifism is fine in practice, as most of us don’t seek wars. But, as a principle, it’s suicidal. A maniac who runs at you with a knife in his hand won’t be disarmed with slogans, placards, meetings and demonstrations.

No one is immune to the lure of principles. Margaret Thatcher took a wrong turn when her policies became ‘Thatcherism’. By the late-1980s, privatisation had become an article of faith, rather than something to be undertaken on a case-by-case basis, as erstwhile ‘Conservatives’ began to worship market forces. Anything that becomes an ‘-ism’ inexorably veers towards extremism. That’s why I don’t call myself a libertarian. Today, the idolisation of liberty turns people into free-market fundamentalists, people who regard human beings as mere commodities or consumers.

Be gone with ‘principles’ and all such mental crutches. You should always be open to new ideas and never be impeded by dogma. There’s no ‘self’ to ‘be true to’ because we are different people every day. Life is about opening your mind and embracing offensive ideas. Question everything you believe in. Wage war on yourself.

What about the ‘principles’ of equality and freedom of speech? On the first count, equality is more of an aspiration, like ‘world peace’ or an ‘end to poverty’. These things will never happen, but we still strive for them. Criminals will always be with us, but that doesn’t mean we should sack all the policemen and judges. Equality is a comforting fiction. You don’t call your boss ‘mate’ or the work-experience boy ‘sir’.

Freedom of speech shouldn’t be regarded as a principle, but more a given – like air or the sky. Censorship came after human speech, not before it. No one should have to justify what they say. The onus is on others to explain why you can’t say that. Everything is allowed except that which is forbidden.

People who are ‘pure’ and ‘authentic’ ignore evidence and expediency at their peril. George Osborne’s change-of-mind on tax credits was wise, because he correctly perceived that doing so would benefit him and the Conservative Party. To ask ‘is bombing Syria right?’ is the wrong question. It should be rephrased as: ‘Will bombing Syria help to prevent the deaths of innocents in Britain and Syria, or will it make radical Islam more powerful?’

Jeremy Corbyn failed to square his ‘deeply held’ pacifist principles with the contrasting wishes of most of his MPs. That will be his undoing, as has been the fate of all those who cling to principles.

Labour has become a cult

A common cry from Corbynistas is that ordinary people have been ‘brainwashed’ into voting Tory at the behest of the sinister ‘Murdoch press’. This patronising judgement is uttered by smug, upper-middle-class types who seem to assume that they’ve fashioned all their opinions as if by magic. They regard themselves as the authors of pure wisdom, as if they grew up in solitary in a cave.

There’s no such thing as pure, original thought. There’s only the reinterpretation of the thoughts of others. I didn’t devise the words or grammar of the English language, or the ideas contained in words I have read, but I use them here to make a point. Even the language in which Corbynistas make such imperious claims, English, isn’t even of their own making – let alone their political views. If these stupid poor people of the Corbynista imagination have been brainwashed by the Sun or the Daily Mail, then Corbynistas have been brainwashed by the Guardian and the BBC. All media outlets are subjective.

The view that plebs ‘don’t know what’s good for them’ was a tenet of Whig politics. It was a principle of Rousseau, who drew a distinction between what people said they wanted, which was often ignorant and foolish, and the noble, nebulous ‘General Will’. The lumpen proletariat was later deemed to suffer from ‘false consciousness’, from which derives the cliché of the ‘brainwashed public’.

The Labour Party is now ruled by the rich. It is championed by wealthy north Londoners who vote Labour to purge themselves of liberal guilt. Labour’s voters are less the working class and increasingly the clientele-benefits class, callow youths and inveterate idealists. It’s thus tempting to regard Corbynistas now as Red Whigs.

But it’s actually worse than that. Believing that only your clique possesses righteousness and understands the path to salvation, allowing fanatics to intimidate and threaten dissenters and declaring that the general public are ‘brainwashed’: that is one definition of a cult.

Most of the French Revolutionaries were a pretty ghastly lot, but let us remember the words of the Louis de Saint-Just: ‘No liberty for the enemies of liberty.’ One might call this a ‘macroaggression’, an open declaration of war against the resentful and censorious offence-takers. We shouldn’t regard freedom as a principle, but a thing that sustains us, like sunshine and food. We fight to protect liberty because it’s the quintessence of humanity.