Pro-migrant campaigners are shaming their opponents into silence. 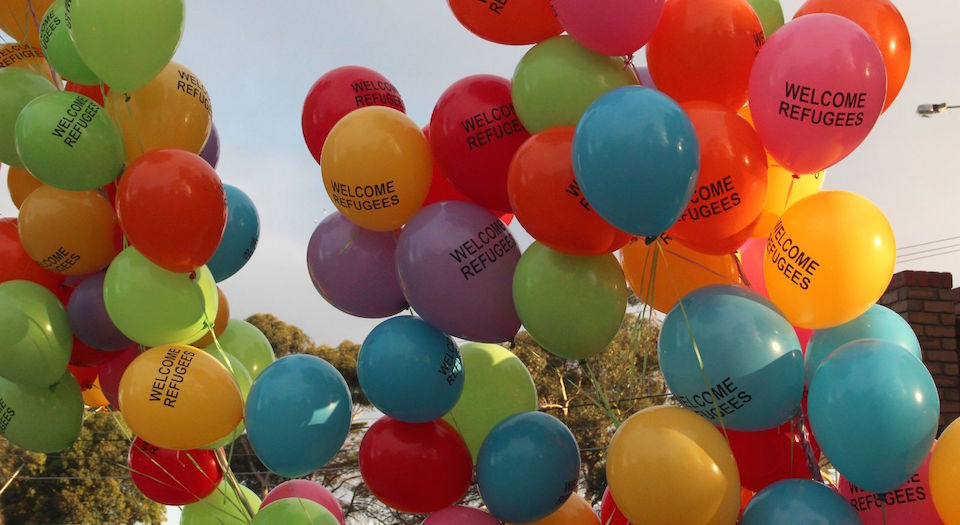 The Syrian refugee crisis is testing the limits of public compassion. As Sweden and Germany struggle with overwhelmed infrastructures, some states in the US have simply said no to refugees. For those Americans, memories of 9/11 were revived by the Paris attacks, and a collective sense of hunkering down and sitting out the finger-pointing asserted itself. In Canada, our new prime minister, Justin Trudeau, promised to bring 25,000 refugees over before Christmas. He has since taken the advice of his advisers and come up with a more reasonable timeframe. Canada will accept 10,000 before Christmas and 15,000 in the two months following.

As a nation of immigrants, there is reflexive awareness around the issue of immigration in Canada. It evokes deep feelings of patriotism and provides an opportunity for collective and individual heroism. Even a cursory look at our mainstream media reveals the pressure to be heroic. ‘As a nation, we must step up to the plate’ and ‘Canadians are compassionate and sponsor refugee families’, are common refrains. As the refugee crisis has unfolded, this desire to be heroic has manifested itself in an attempt to conquer perceived public fears of terrorism – and migration’s alleged role in spreading it.

However, in this, our politicians and media outlets are being disingenuous. It isn’t terrorism per se that frightens Canadians, but the domestic loss of freedom that so often follows terrorist attacks – a freedom, as evidenced in our laissez-faire attitude to law enforcement, that Canadians cherish. No offence to Brits or Americans, but Canadians don’t want to live under constant surveillance or become vigilant, gun-toting citizens. We really do prefer our boring status quo.

So why is the template of heroism so important? Mythologist and author Joseph Campbell says the hero’s adventure is ‘one he is ready for’ and that the ‘landscape and the condition of the environment will match his readiness’. But what happens if there are no opportunities to prove oneself, especially in a country as sedate as Canada? The late New York Times columnist David Carr said of his drug-addicted young self: ‘Tucked in safe suburban redoubts, kids who had it soft like me manufactured peril. When there is no edge, we make our own.’ There is a similar edge to this explosion of pro-refugee altruism in Canada – and, just like Carr’s experience, it has its roots in intoxication.

Carr would have appreciated the self-made drama playing out in the Canadian media at the moment, where those supporting the quick intake of refugees are shaming those that don’t. The latter are advocating prudence, in the form of a thorough screening process, which has been met with accusations of racism. Members of the Syrian-Canadian community are taking to the airwaves to call the slowdown of refugee intake ‘political’, implying the new timeframe appeases ignorant Canadians who are supposedly hampering the rescue process.

The concern and grief of the Syrian-Canadian community is understandable. But what seems less understandable to them, and finger-wagging liberals, is the legitimacy of Canadians’ concerns about immigration. The proliferation of YouTube videos — addressed to Brits, Americans and Canadians who don’t support an unlimited influx of refugees — is a sign that our self-appointed betters believe they must educate those with supposedly ignorant views. Between hectoring messages from actress Nicole Arbour’s ‘Dear Refugees’ and author Neil Gaiman’s ‘#WordsMatter’, you would think the only thing the public needs is a bit of education.

In Carr’s definition, celebrity pundits and their supporters are creating their own needful reality, one where their heroic idea of themselves as individuals is projected on to a shared fantasy where ‘good people help the suffering’. However, in the process, these supposed heroes also exhibit some fairly egregious prejudices. Of course, helping others is a good idea, and countries like Canada should accept refugees. But this does not excuse pro-refugee politicians, journalists and enthusiasts insulting the intelligence of the people they’re addressing. The disdain for the public is clearly felt when Arbour and Gaiman’s audiences are told, in language fit for dawdling five-year-olds, exactly what a refugee is. And, just in case we didn’t know already, we must also be repeatedly told how they often have to run for their lives and sometimes have their limbs blown off.

By reducing Canadians’ political views to an ignorance about refugees, we not only insult their intelligence but, more importantly, we ignore pre-existent domestic concerns. It overlooks the fact that most middle-class families in Canada have income tax rates ranging from 30 to 50 per cent, 4.6million people have no access to family physicians, and waiting times at some emergency rooms (for non-life-threatening problems) can be as long as 12 hours. The fact that foreign-trained physicians come to Canada and can’t find residencies (a qualifying requirement) means that we have some of the best-educated taxi drivers in the world.

These domestic concerns are integrated into Canadians’ consciousness and add a substantial patina of anxiety to the fear of random violence. By using shame and mockery to manage the fear of present threats, liberals here and abroad imperil Canadian citizens’ right to ask basic questions like, ‘How will our healthcare system, which appears to be unsustainable, cope with an influx of refugees?’, or ‘What can be done about our elderly, who are woefully under-served in that system?’.

Asking these questions is not the same as arguing for the closure of borders. But that distinction is being lost in the roar of activists’ righteousness as they ‘chase the tiger’ of social approval. Before we do anything else, we must ensure our right to speak freely. At some point in the future, our collective freedom may depend on it.