‘Every idea is an incitement’

Blurring the line between offensive speech and incitement to violence threatens freedom for us all. 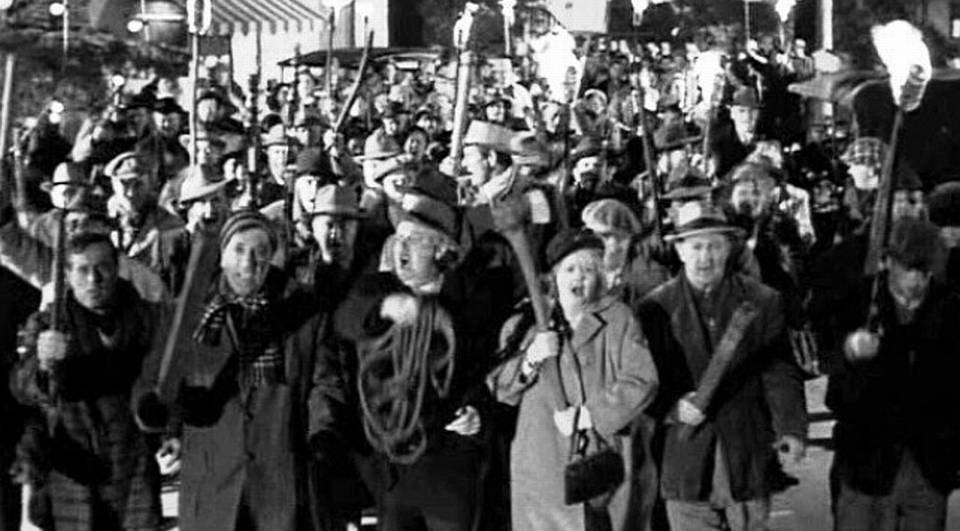 In every debate where I am defending unfettered free speech these days, somebody will inevitably ask the question ‘But what about incitement to violence?’. The crime of incitement is widely seen as the killer argument against allowing speech too much freedom.

The hidden danger facing our society today, however, is not that wild-eyed Islamist or Islamophobic orators will incite violence. It is the danger of the meaning of incitement being broadened beyond recognition, to allow the authorities to crack down on ideas and opinions that they and others might simply find too offensive or hateful.

Reactions to the Paris terror attacks have demonstrated the way that the line between hate-mongering ‘incendiary’ speech and incitement is becoming increasingly blurred. The French government made clear that the post-Paris police raids aimed to round up not only terror suspects, but also ‘all those who advocate hate of the Republic’. The interior minister announced a crackdown that would lead to the ‘dissolution’ of ‘hate-preaching mosques’ across France.

In the UK post-Paris, as reported last week on spiked, people who have expressed extreme or hateful views online have been arrested on suspicion of incitement. One Oxfordshire woman who posted that she would not serve Muslims in her beauty salon was nicked by police for ‘stirring up racial hatred’, while a young Yorkshire Islamist who posted a rant in praise of the Paris massacres was arrested ‘for publishing material intending to incite racial hatred’.

Some want the UK state to go much further. One leading conservative commentator declared last week that ‘Where the toxin of hatred exists in mosques or on university campuses, it needs to be treated as incitement and punished accordingly’.

These things ought to act as an incitement to fight for free speech for all. In the current climate it becomes more important than ever to hold the line against attempts to broaden the definition of incitement – and so narrow the scope for freedom of expression.

What is incitement, anyway? The verb ‘to incite’ can mean simply to urge somebody towards your desired goal. You are using words to try to persuade others to think and act in a certain way. There is often an immediate assumption that inciting others must mean incitement to commit a crime. But the origins of the term incitement are about urging somebody forward in a particular direction, prompting them to act as you suggest. In that sense, countless types of speech could be branded as incitement – whether it’s a politician inciting the electorate to vote for them, a corporation inciting consumers to buy their products, or a comedian inciting an audience to laugh at his jokes.

As US Supreme Court justice Oliver Wendell Holmes once conceded, ‘Every idea is an incitement’. If we don’t like the ideas somebody is using to incite his audience, the answer is to beat them down with better arguments, not try to lock them up under incitement laws.

Of course, it is also possible to try to incite somebody to commit a specific crime, whether that means to shoot people in a Paris café or firebomb a mosque. For centuries in Britain the common-law offence of incitement was defined as persuading somebody else to do something that was already a crime (that common-law offence has now been formally replaced by a statute against ‘encouraging or assisting’ an offence). But we are still only talking about words and should be very careful of accepting any restrictions on speech.

Is it possible to draw such a firm distinction between hateful, offensive words on one hand and criminal offences on the other? Should all speech really be free? The answer is yes, once we are clear what we mean by free speech as encompassing all forms of expression from ideas and opinions, through invective and insults, to jokes or mindless jabber. The only time the law should ever get involved is in the rare cases when speech becomes something else, and changes from the expression of an offensive idea into part of the execution of a criminal act.

An example. If I say to a crowd that there are too many ginger-headed people in this country, and we would all be better off if they were driven into the sea – that is expressing a general inflammatory attitude, an offensive opinion that can of course be criticised and condemned, but certainly should not be criminalised.

If I go further, however, and urge a specific action in a particular context – say by agitating the audience with the argument that, therefore, we should immediately throw that ginger-headed bastard over there off this cliff – it might be considered another matter, potentially a criminal offence. We should insist on a similarly firm distinction between those expressing virulent hatred of Western society or Islam, and those using words to organise or instigate actual acts of violence.

What matters in defining the offence of incitement is not just the words used, but the context in which they are expressed. A key legal consideration is always whether, in the context of the inflammatory remarks, the listener has an opportunity to reflect before acting. The Victorian philosopher John Stuart Mill addressed this issue more than 150 years ago in his classic defence of freedom and free speech, On Liberty.

‘No one pretends’, wrote Mill, ‘that actions should be as free as opinions. On the contrary, even opinions lose their immunity, when the circumstances in which they are expressed are such as to constitute their expression a positive instigation to some mischievous act. An opinion that corn-dealers are starvers of the poor, or that private property is robbery, ought to be unmolested when simply circulated through the press, but may justly incur punishment when delivered orally to an excited mob assembled before the house of a corn-dealer, or when handed about among the same mob in the form of a placard.’

Yet even in Mill’s example, of ‘an excited mob’ outside the corn-dealer’s house, the offence of incitement is surely not clear-cut. The ‘incitees’ themselves still have to choose to act on those words, and to commit the offence being incited. They are not pre-programmed automatons having their buttons pushed, or actors following a script. They have to decide for themselves whether to do as they are invited or incited to do. Furthermore, since the Second World War, we have been generally reluctant to accept the excuse that somebody was ‘only following orders’.

To claim that a speaker or writer can be held directly responsible for the actions of others infantilises the listeners, suggesting that they are childlike simpletons who will simply do as they are told. Hearing accusations of incitement being thrown around these days brings to mind the image of an exasperated mother demanding of her embarrassed son: ‘Oh, little Johnny told you to do it, did he? And if Johnny “told you” to jump off a tall building, would you do that, too?’ However they are excused, restrictions on free speech are always an attack not only on the speaker, but on the freedom of the audience to hear or read everything and judge for themselves.

Broadening definitions of the crime of incitement risks blurring the distinction between words and deeds, speech and action. It means blaming those who imagine an outcome for the fact that others might choose to act out their fantasies. King Henry II of England did not commit murder when he (allegedly) asked: ‘Will no one rid me of this turbulent priest?’ That crime was committed by the four knights who took their king’s words as a licence to assassinate Archbishop Thomas Becket in Canterbury Cathedral. Today, Henry might find himself charged with incitement, or at least he would if it weren’t for the small matter of the British monarch still being immune from prosecution.

The collapsing of aggressive words into violent deeds is bad news for freedom of thought and speech in a free society. Any attempt to restrict or punish any form of speech as incitement should be forced at the very least to pass the test set by the US Supreme Court back in 1969. In the case of Brandenberg vs Ohio the court threw out the conviction of a Ku Klux Klan leader who had denounced Jews and black people at a racist rally. They held that, under the First Amendment protecting free speech, it could not be a crime to express a general opinion – even if that opinion included the ‘mere advocacy’ of violence or lawbreaking. The speaker would be protected unless his words were explicitly intended towards ‘inciting or producing imminent lawless action’, and were also ‘likely to incite or produce such action’.

Establishing the right of the KKK to spout its bile without being prosecuted may not seem like a famous victory for freedom, any more than defending the right of Dieudonné M’bala M’bala to crack anti-Semitic jokes without being imprisoned today. But drawing a firmer line between hateful words and deeds, and affirming that holding or expressing views that many find repugnant is not itself a crime, is crucial to upholding free speech as a universal and indivisible liberty.

The dangers of mission creep in expanding the category of incitement became clear in the UK’s more recent laws creating and extending the crime of incitement to racial or religious or homophobic hatred. We may well find racial or religious or anti-gay hatred offensive, but they should no more be a criminal offence than any other opinion or emotion. The offence of incitement to hatred makes it a crime to say something that might persuade others to think in a way deemed unacceptable in polite society. It makes it a crime to ‘incite’ an idea or an emotion that is not itself illegal. That, by any standard, is a thoughtcrime.

Today, we are bombarded with demands to purge ‘extremist’ and inflammatory speech – whether of the Islamist or Islamophobe variety – from the streets, the internet and university campuses. Yet if we are serious about defending freedom, it is precisely in these times of conflict that we need to stand up for, as Oliver Wendell Holmes put it, ‘freedom for the thought that we hate’ – and then exercise our right to take up intellectual arms against it. Further restrictions on free speech, in the guise of combatting ‘incitement’, can only make matters worse.

In the end, the view you take of free speech tends to reflect your view of humanity. The less faith or trust you have in other people, the less keen you might be to see radical ideas and opinions permitted to run wild among them. The new attempts to brand hateful speech as incitement are often underpinned by an elitist suspicion of the masses as a wooden-headed mob, supposedly waiting to be set ablaze by a spark of ‘inflammatory’ rhetoric on social media.

It is high time to incite some free-thinking on these matters, and a more robust defence of free speech against all-comers. 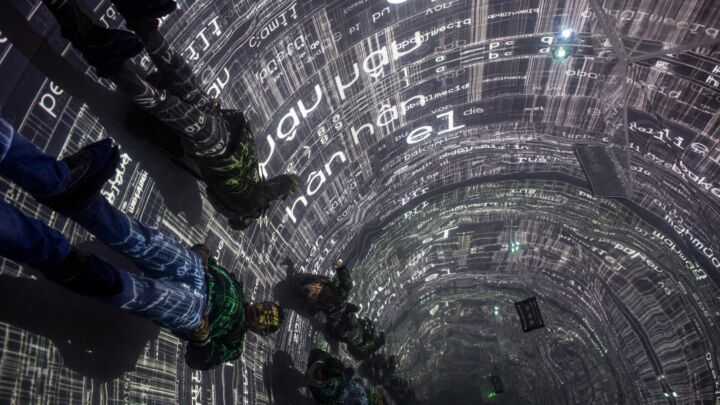