The Investigatory Powers Bill should be ripped up. 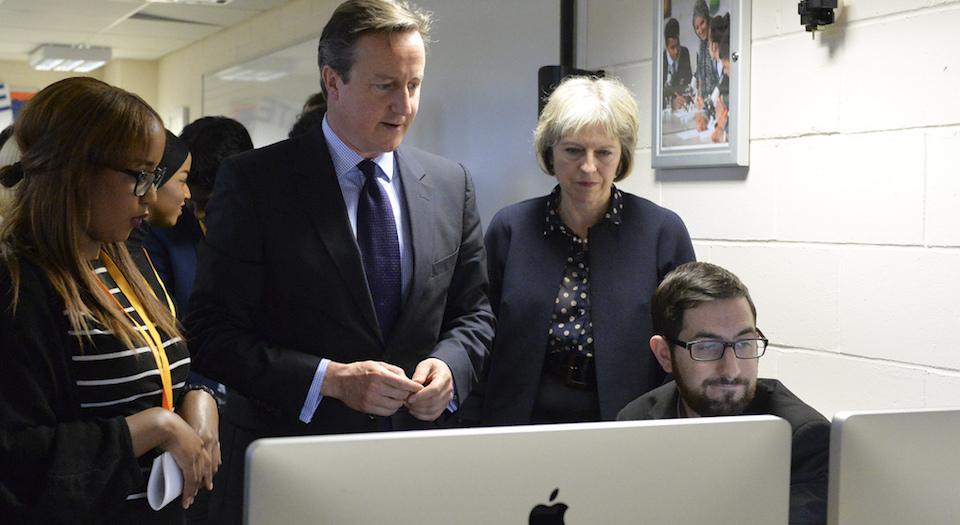 If you were under any illusions about the parlous state of privacy in modern Britain, the Investigatory Powers Bill should have set you straight. The draft of the bill, published last Wednesday, sets out new and draconian powers allowing the security services to monitor, access and store our online communications data: IT and comms companies would be required to store information on the websites we visit for up to 12 months, and release them to the state when required; intelligence agencies would be given legal authority to hack into communications and bulk-harvest metadata; and the ability of companies like Apple and Google to encrypt individuals’ messages – putting their content beyond the reach of themselves and the spooks – will be severely curtailed.

Home secretary Theresa May has been quick to talk down the measures. She insists that the data retrieved from your web history is no more than a ‘shopping list’ of the sites you visit, rather than individual pages – a fine and utterly meaningless distinction. And while there has been much talk of the ‘safeguards’ guaranteed by the IPB, with judicial commissioners required to approve requests for interception warrants and wire taps, these are little more than formalities. Judges will only be able to reject Home Office requests on the principles of judicial review; as backbench Tory MP David Davis pointed out, ‘This is not the judge checking the evidence, it is the judge checking that the correct procedure has been followed’.

As part of a raft of counterterrorism and security measures, including rules to vet speakers on university campuses and censor broadcast media, the IPB continues a trend in Tory policy that is as dumb as it is illiberal. The IPB, we’re told, is meant to protect us from ‘terrorists, paedophiles and other serious criminals’, but no ‘serious criminal’ hatches bomb plots on Facebook chat or grooms children via Gmail. They’re actually a bit smarter than that. As we point out elsewhere on spiked today, there are already popular and straightforward tools used by people around the world to elude the security agencies. Those with far more to hide would no doubt have even more sophisticated ways of going about their business undetected.

Even on its own terms, the IPB simply won’t work. But, worse still, it puts everyone’s privacy in an even more perilous position than it already was. With CCTV on every corner and background checks required in a range of professions, the IPB is set to colonise one of the last enclaves of privacy in the modern world. Though ministers in the Commons, cribbing the old Goebbels-attributed mantra, have unnervingly tried to reassure us that ‘If you have nothing to hide, you have nothing to fear’, the opposite is true. The feeling that you might be being watched is chilling to freedom, autonomy and human flourishing.

But it was not so much the content of the bill as the response to it that was most revealing. Reading the headlines, you’d think the IPB was the outrage of the century, but beneath the bluster the criticism has been hushed and confused. The Labour Party seems incapable of making up its mind. Champion flip-flopper Andy Burnham first welcomed the proposals only to recant and voice his ‘concerns’ a few days later. And, while influential Labour MPs like Keir Starmer have urged leader Jeremy Corbyn to accept the IPB as a ‘step in the right direction’, the leadership is yet to come out on either side. Meanwhile, the bill’s supposedly most ardent critics – such as the Liberal Democrats or civil-liberties group Liberty – seem to be concerned only with whether or not these new powers would receive proper judicial oversight. ‘At most, there is a very, very limited role for judges in a rubber-stamping exercise’, said Liberty director Shami Chakrabarti, in the dampest defence of privacy ever uttered.

What this half-cocked revolt against the government reveals is that privacy today is seen purely as a negotiable commodity – something that can be sliced up and traded off so long as there’s a threat and/or ‘transparent mechanisms’ one can point to. And this is the legacy of decades of legislation that has painted the private sphere as a space for plotting, secrecy and abuse. As Luke Gittos has argued before on spiked, the various iterations of the Tories’ ‘snooper’s charter’ have only looked to expand upon legislation that was established by New Labour over a decade ago. But while such measures, drafted to tackle terrorism, have always proved controversial, various other forms of state intervention into people’s private lives have passed through parliament almost unchallenged.

That, in recent weeks, the Home Office has talked-up the role of investigatory powers in catching paedophiles and sex offenders is telling. From New Labour’s introduction of CRB (now DBS) checks on individuals working with children to Clare’s Law, a Coalition government initiative that allows individuals to request the criminal histories of their partners, the idea that those who have nothing to hide have nothing to fear has been given official sanction time and again in recent years. Indeed, the crusade against private neglect and abuse has spun so out of control that the Scottish parliament has felt bold enough to introduce the Named Persons initiative, which will assign every Scottish child a state guardian until the age of 18. At every turn, this war on the private sphere has been met with either deafening silence or legalistic quibbling from the so-called civil libertarians charged with protecting our rights.

Privacy is a cornerstone of a free society. It is the space in which we can retreat from public life, be intimate with one another, develop our ideas and morals, and head out into the world with confidence and vigour. That is what is at stake if the IPB passed. And that is what, in so many ways, we have already given up.