The real battle over breasts

Women should be free to live their lives, and feed their babies, as they see fit. 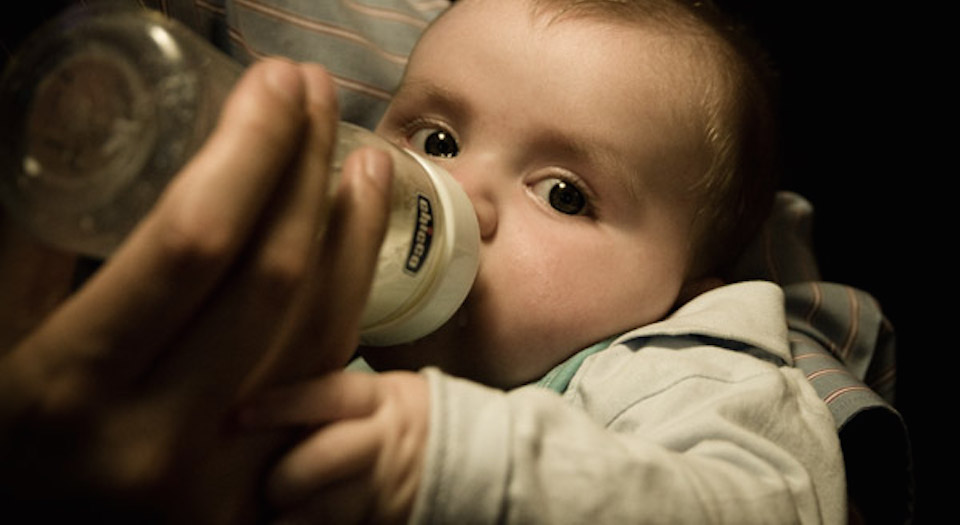 This is an edited version of a speech given at the Battle of Ideas debate ‘The battle over breasts’.

There are a lot of people today staking a claim for what breasts ought to mean and who should ‘own’ them. According to anti-lads’ mags activists, and their sisters in the now redundant No More Page 3 campaign, men have, for too long, defined the meaning of breasts as sexualised ‘objects’, which they feel entitled to look at, comment on and maybe even touch, without regard to the feelings or wishes of the women to whom they are attached. Heterosexual-male desire is cast as the problem here; it is accused of reducing women to the mere bearers of boobs.

Alongside the ‘cover ‘em up’ calls of anti-lads’ mags campaigners, there are also campaigns such as Free the Nipple and Go Topless, which demand the right for women to be topless in public spaces or on social media, just like men. Campaigners argue that women should be free to ‘get them out’, not ‘for the lads’ but for themselves. Breasts, they insist, are no big deal, and women’s nipples should be treated just as the nipples of men are – with a great deal of indifference.

Others say that breasts are special because they are vulnerable – they are prone to disease and require regular checking for symptoms of cancer. From puberty onwards, women are supposed to get into the habit of feeling their breasts, not for pleasure, but as a defence against death. Even the Sun’s Page 3 girls got in on the act when they joined forces with the CoppaFeel charity for its Check ’em Tuesday campaign. In the same vein, post-mastectomy selfies are everywhere, lauded as brave and revolutionary, while serving as a form of aversion therapy, reminiscent of the reprogramming of violent thugs in A Clockwork Orange.

In a further twist, these disease-harbouring protuberances become even more special when, as Public Health England is doing this week with its Start4Life campaign, breasts are proclaimed as the greatest providers of health and wellbeing for babies. Trumping self-empowering breasts and suffering breasts, therefore, are breasts fulfilling their ‘true function’, doing what ‘nature intended’ and selflessly nurturing the next generation. The ‘breast is best’ campaign beats all of its rivals in its claim for the power of breasts: they build better, stronger, more intelligent, more middle-class babies the world over, it claims.

Most of the people making these apparently competing claims are women, and, somewhat confusingly, they are often the same women. What all of these arguments share is the idea that a woman’s place in the world is most meaningful when it is defined by her body, whether as self-empowered, self-loving survivors of sexism or breast cancer, or as creators of magical milk to nourish the next generation. That all these campaigners and commentators pitch themselves against such nebulous forces as ‘patriarchy’, ‘sexualisation’, ‘the male gaze’, or ‘multinational corporations’ indicates the confused state of contemporary thinking about gender. The call to arms that unites all the breast-obsessives is the demand that we develop ‘healthier’ relationships between women and breasts, men and breasts, or babies and breasts.

In effect, these campaigns seek to turn us against the tyranny of commonplace ideas and practices. For many men, breasts are just sexy and they would quite like to get their hands on them. For many women, while a lot of the time breasts are just ‘there’, or even ‘in the way’, they also come out to play, in private, with a bloke of our choosing. And for most babies wanting a milk-delivery system, a bottle will serve just as well as a breast.

Of all the messages about breasts, it is the idea that ‘breast is best’ that is most endorsed and best-funded. There is even a workforce of specially trained professionals whose job it is to repeat the message that ‘breast is best’ ad nauseam to pregnant women and new mothers the world over. It is also the message that most directly undermines women’s autonomy over their own bodies and increasingly, it seems, messes with their heads. And little wonder. The ‘breast is best’ message has the weight of national and international institutions behind it; and there are specific laws and policies designed to persuade more women to breastfeed. And yet there is very little outrage about this. Many women embrace the message and make it central to their identity as mothers, with all the attendant self-flagellation when breastfeeding doesn’t go to plan.

When it was announced last year that the United Arab Emirates had passed a new law requiring all babies to be breastfed for two years, female commentators expressed their horror. Even among so-called lactivists, there was a hostile reaction to the idea of women in the UAE being forced to breastfeed (or to seek a wet-nurse). Similarly, in 2010, when Brazilian supermodel Gisele Bündchen called for breastfeeding to be made compulsory, she was rightly shouted down and eventually recanted.

But while there is an indignant reaction to such naked examples of foreign and hypothetical authoritarianism, voices are rarely raised against the raft of extraordinary and very real regulations that has the explicit aim of getting more women to breastfeed. Take the following UK Department of Health document that outlines in detail the incredible restrictions placed on the ways in which formula milk for babies can be advertised. It enacts a European Commission directive, based on the principles and aims of the 1981 World Health Organisation’s International Code of Marketing of Breastmilk Substitutes. The directive regulates the labelling, advertising and presentation of infant and follow-on formula so as ‘not to discourage breastfeeding’. These are just some of the bizarre rules:

And if all that was not enough, parents who bottlefeed have to pay over the odds for making that choice, because formula milk cannot be sold in multipacks, be part of loyalty-card-reward schemes, or be subject to mark-downs and buy-one-get-one-free offers.

So, formula milk, this entirely normal, five-times-a-day foodstuff, on which the vast majority of British babies thrive (only one per cent of UK babies are exclusively breastfed at six months), can only be sold at an inflated price. We end up in the bizarre position where breastfeeding advocates, who argue that breastmilk is our greatest weapon to counter poverty, simultaneously accept that the very women most likely to choose formula in the UK – younger, working-class women – should pay a financial penalty for making that choice.

Over here, unlike the UAE, women’s breasts are not legally commandeered by the state in the name of babies and nation-building. But parents are subject to so-called baby-friendly policies that restrict the information they can receive about formula, a product most of them will buy on a weekly basis. They also have to endure relentless public-health campaigns encouraging breastfeeding and encounters with health professionals who, while they are supposed to help us with pregnancy, childbirth and infant care, are tasked with promoting the ‘breast is best’ message.

While a single instance of a breastfeeding woman being asked by a restaurant to conceal herself from other diners will cause an outcry, the myriad instances of women being told, by the full force of international and national institutions, that they ought to get their breasts out to save the NHS money, to raise educational-attainment levels and to solve the problem of economic stagnation barely raises an eyebrow.

Why does this matter so much? Because we should be striving for women and men to be as free as possible to make up their own minds about how best to live their lives based on their own feelings, circumstances and relationships. We should not be pressuring them to live according to some global criteria of optimal parenthood. The ‘breast is best’ campaign is not about milk; it’s about intervention in even the most intimate aspects of family life. Just read the latest bit of UNICEF advice to parents worldwide: it says that bottlefeeding mothers should ‘offer the majority of feeds themselves’, and must make eye contact with their baby during feeds to ‘help enhance the mother-baby relationship’.

So when women demand that we ‘desexualise’ breasts because nothing should interfere with breasts’ ‘natural’ function as a baby’s milk-delivery system, or when they claim that breasts ravaged by disease are more beautiful than Mindy’s from Page 3, we can see the ways in which the meaning of breasts is being reconstructed. According to this puritanical, heterophobic vision, women are exhorted to develop their sexuality in isolation, independent of heterosexual desires, safe from the ‘male gaze’, by looking in the mirror or taking a selfie. They are told that a ‘healthy’ sense of self must come from concentrating on their bodies or their babies, and that they must resist the wicked brainwashing of the formula companies or the opinions of their families and friends who say, quite correctly, that bottlefeeding is completely normal and their babies will be fine. Campaigners are trying to reconstruct the meaning of breasts, and female identity, in isolation from the real, normal world of human relationships. And, in doing so, they are creating a lonely, vulnerable, narcissistic sense of self that is anything but ‘healthy’.