Cheese is as addictive as crack? Give me a break

These gastronomic jihadists will stop at nothing. 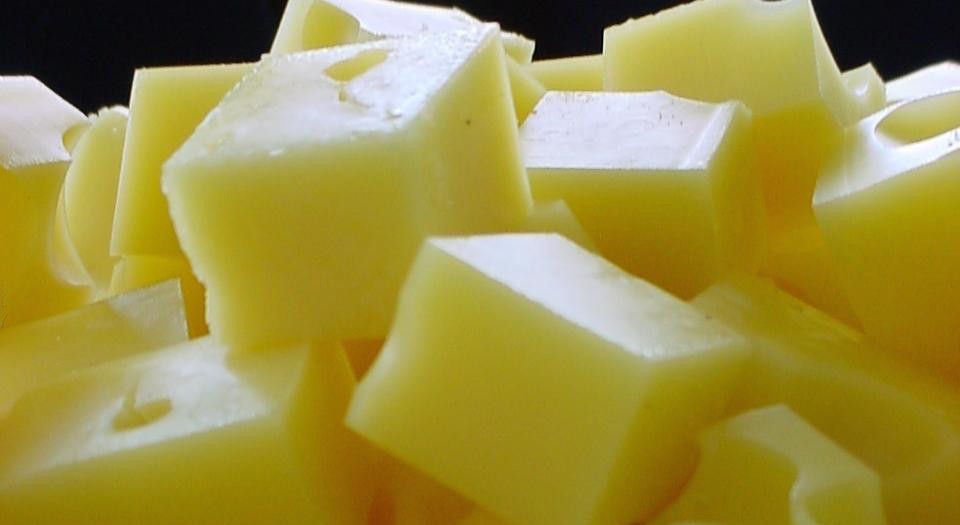 As a vegetarian of almost 20 years, I should be in vainglorious spirits after reports that red meat, sausages, ham and bacon ‘give you cancer’. That’s what you now-panicked omnivores expect of us vegetarians: smug preaching. You await hectoring sermons about the cruelty of your wicked eating habits, which are not only immoral, but actually grievous to yourselves.

Alas, if such vegetarians existed, they died a long time ago. If you want priggish sanctimony, it’s vegans you’re looking for. They hate us veggies even more, in the way gays used to look down upon bisexuals. To them, we are cowardly, half-hearted and impure. We even consume meat substitutes, which bears the crime of representing eating meat.

As a vegetarian, I needn’t be concerned about the alarming headlines. But that’s not the point. The new gastronomic jihadists will never be satiated in their crusade towards society’s purification. First, they demonised cholesterol, then eggs, red meat, sugar and carbohydrates. Now, the food that’s ‘bad for you’ is cheese, the staple of every self-respecting vegetarian’s diet. Apparently, cheese is ‘as addictive as crack’.

Perhaps we should blame journalists for hyping and distorting reports. Yet the authors of these reports, hungry for funds and eager to justify their existence, wilfully allow such distortion, knowing that health scare stories will get them noticed. Nothing grabs the general public’s attention more than the headline, ‘What you eat every day will kill you’.

Of course cheese isn’t as ‘addictive as crack’. No one is ‘cheese dependent’ in the true, awful sense. Cheese may release a few opiates in the brain, but no one has ever had harrowing withdrawal symptoms from cheese. Conversely, abruptly withdrawing alcohol or heroin from addicts will provoke grave, adverse reactions, including irritability, tremors, hallucinations, fits and sudden death. No one’s life has been ruined by ‘cheese addiction’.

The same goes for ‘addictive’ sugar, which has never left people homeless and penniless – the fate that awaits actual, acute addicts. A drop in blood sugar levels in the late afternoon will make you lethargic and gloomy. But, like cheese, sugar is not clinically addictive. The best that can be said for them is that they are ‘moreish’ or, even, ‘tasty’.

Fads and scare stories are the enemies of commonsense and wisdom. We already know that too much red meat is bad for your bowels, and that it’s better to cook for yourself rather than eat processed meals. Asking manufacturers to reduce salt and sugar levels in foods is just as bad as calling for a sugar tax: both absolve individuals and parents from choosing to modify their own and their children’s diets. It’s asking the state to assume the parental role to both you and your children.

If you complain of child ‘pester power’ then you should ask yourself if you are bringing up a spoilt child in the first place. And arguments that you ‘don’t have enough time to cook’ don’t wash, either. I cook a large meal on Sundays and, having stashed it away in portions in the freezer, eat it through the week as microwave meals. Pizzas and veggie burgers are the habitual treat for me, just as sausages and kebabs should be for you.

The misleading premise about food scares over the past couple of decades is the notion that something you eat ‘is bad for you’. There’s no such thing as ‘bad food’. There’s only bad diet (and rotten food). Moderation, variation and keeping busy maintain good health. This has been known for some time. But this knowledge doesn’t sell newspapers, faddish books or justify the existence of university research departments. And it will never, ever, appease the food fundamentalists, who are forever seeking means to feel ethically, environmentally and morally superior to the ignorant, swinish multitudes.

‘Cheese is as addictive as crack’? Believe me, these gastronomic jihadists will stop at nothing.

On its front page at the weekend, masquerading as an actual news story, The Sunday Times reported that the ‘leading British novelist of his generation’, Martin Amis, regards Jeremy Corbyn as ‘slow-minded’, ‘humourless’ and ‘undeserving of a single vote’. In an article for the paper, he writes of the Labour leader: ‘Corbyn is a marmalade cat, homebound, perched like a tea cosy on the kitchen radiator, and contentedly wedded to the things he already knows’.

The article is a long and meandering affair, full of digressions, nostalgia and poetry – a braver editor would have demanded he rewrite it. But then, novelists have rarely made for good, precise, concise observational journalists. Irvine Welsh was briefly a Daily Telegraph columnist, in which he kept returning to the brilliant conclusion that Chicago was rather windy. In the New Statesman, Will Self’s principal aim is to exhibit his linguistic dexterity and profundity.

Elsewhere, children’s author Michael Rosen’s column in the Guardian really is quite batty. There are exceptions, such as George Orwell and Frederick Forsyth, but they were journalists before they were novelists.

Being a fine fiction writer doesn’t automatically make you a good journalist, and vice versa. In the public sphere, novelists can enthral with their melodious words, giddy exhortations and gaseous rhetoric, but like actors – who are even more preening and vacuous when it comes to politics – they aren’t canny when prized from the fantasy worlds they inhabit during the day. This is why demagogic luvvies such as Jeanette Winterson or Bonnie Greer are intolerable on Question Time. We should pay no attention to their politics. What they say isn’t ‘news’.

Talking of people who reside partly in a mental fantasy land, Seumas Milne, the Labour Party’s new director of communications, has been having a hard time of it recently, particularly from the Blairite and right-wing sections of his own party.

As I’ve never even voted Labour, I can’t get excited about him. A public-school-educated socialist with a penchant for totalitarian regimes, who sends his children to fee-paying schools? As gnarled, veteran cops say in action films: I’m getting too old for this shit. I’ve seen it all before.

But the invectives heaped upon Milne have become repetitive and actually irritating. There’s something grating about everyone saying the same thing in the same indignant manner, and doing so as if they’re the first and only ones to do so. There’s nothing courageous or admirable about this political bear-baiting.