When will we get back to the future? 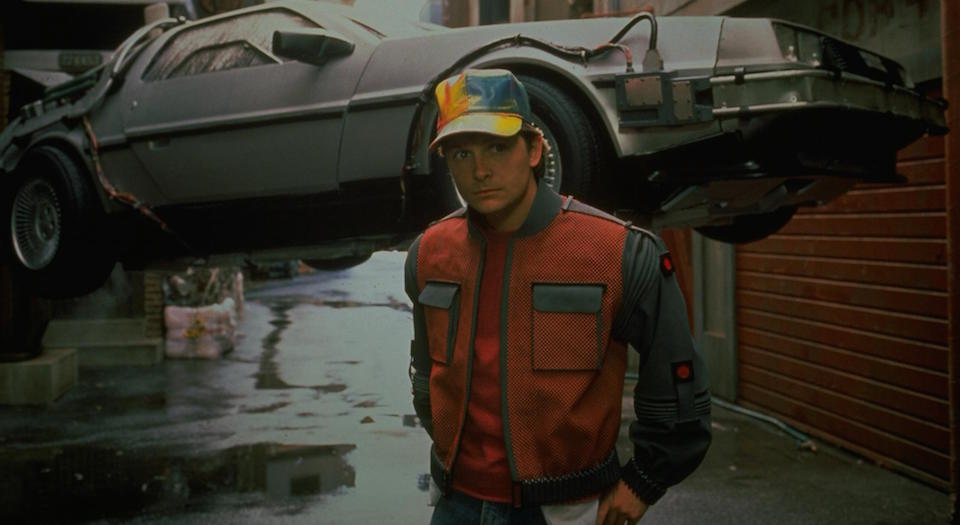 As a child of the 1980s, today’s date means a lot to me. It’s the date to which Marty McFly travelled in Back to the Future II, which hit cinema screens in 1989. McFly (Michael J Fox) discovered a world in which people flew to work in personalised spaceships – ie, flying cars – and where kids got about on hoverboards. Watching that film 26 years ago, youthful cinemagoers had every reason to believe that 2015 would be an era of massive new machines, nuclear-powered homes, increased space travel, and possibly even human colonisation of the moon.

Yet as Marty’s future becomes our present, it seems pretty clear we’re not as futuristic as we ought to be. There are no flying cars; in fact, when I recently asked in a Spectator podcast what happened to the idea of flying rather than driving to work, I was roundly mocked. There are no magic hoverboards. Space travel is in the doldrums. Yes, NASA’s venture to Pluto this year was amazing and the discovery of water on Mars was a true eye-opener. But the last time a man walked on the moon was more than 40 years ago. India and China’s great breakthroughs in space exploration are looked upon by many as pointless and wasteful. Human trips to Mars keep being kicked into the long grass. As for nuclear power — has any of man’s magnificent wringing of energy from nature’s larder ever been as feared and shunned as nuclear is? Post-Fukushima, European nations shut down or slowed down their nuclear programmes.

Technology has developed, of course. The fact that I am typing these words into a phone through which I can also access millions of songs, vast quantities of information, videos, photographs and friends is pretty amazing. But nevertheless, something weird has happened on the technology front in recent decades: we now use technology, not to reshape our physical surroundings and create a speedier, wealthier world, but rather to facilitate chatter, observation, or just self-expression.

The newest, most popular technologies are less about helping individuals fly to work or allowing mankind to colonise other planets, as we imagined they would be. Rather, they’re about allowing individuals to tweet their feelings; update their statuses; advertise through a gadget in their hand that connects to a worldwide web how they feel or what they’re eating. We imagined that the run-up to 2015 would be an era in which technology would allow us to take to the skies, to wriggle free from the limitations imposed on us by nature. Instead, ours is an era in which the newest, edgiest technologies allow us to do little more than say, ‘Look at these delicious pancakes. #pancakes.’ What went wrong?

Human history is in essence a story of using technology to tame our surroundings and improve our lives and fortunes. And we’ve had great successes. In the past 2,000 years, the human population has grown from a measly 180million people to seven billion. And yet life expectancy has rocketed upwards, too, from a global average of 28 back then to around 70 today. We’re taller, fitter, brainier and freer than we have ever been.

All these advances are a result of what we call technology, of our efforts to make this weird watery planet more hospitable to humankind. We have used tools such as ploughs, scythes, compasses, shovels, ships, spaceships and drills in order to reap, mine, explode, build and fly. Technology represents our defiance of nature. Nature creates a canyon, we build a bridge. Nature forgets to give us wings, we invent the aeroplane. Nature refuses to tell us what uranium is good for, we experiment with it anyway and create a technology that can light up entire cities. Or destroy them. Technology has been the clearest expression of mankind’s cockiness, of his refusal to live only on those few secrets nature is willing to share with him.

How different it is today. Today, many of the new technologies do not express anything like the pioneering spirit. Instead they are tools for self-reflection. Much of the new technology is not about taming the world around us; it is about obsessing over our inner worlds, our own emotions and fleeting feelings. New technology does not encourage us to ‘go forth and multiply’; it encourages us to stay home and navel-gaze. Where technology was once a tool for exploration, today it’s a tool for retreat.

And it looks like this inward turn of technology will intensify in coming years. Big, nature-overturning technologies are becoming increasingly unpopular among the opinion-forming set. Consider the controversy that greets even the building of speedy railways in Britain (something the French and Japanese have had for decades), or the fury of leftists in response to drilling for shale gas. Shell’s search for oil in the Arctic is treated as a crime against Gaia. The digging for coal to fuel new industrial revolutions in the East elicits much tut-tutting among Westerners (whose comfy lives are the gift of earlier industrial revolutions). At the same time, small, hand-held technological tools for chatter are celebrated for being connective and liberating. Ironically, of course, these new tools were made possible by the discoveries and earth-digging antics of old and modern-day users of technology to exploit nature’s resources.

At a time when the line between our private and public lives becomes muddier by the minute, new forms of mobile technology – from ever-smarter phones to wearable computers – will be used primarily as tools of self-expression: to check in, tweet, share photos, feelings, life events. And at a time when consumerism has become so central to the human experience, indeed when many people express their personalities through what they buy and wear, we can expect coming years to be a time when the worth of a new technology will be judged by how easy it makes the shopping experience. ‘Does this new gadget or device allow me to buy my organic oats / Nike trainers (delete according to class and identity) at the click of a button?’

In essence, the new technologies facilitate our retreat from making history. Mankind gets the technologies he deserves. So in the sixteenth and seventeenth centuries, when the human spirit of exploration was strong, we got vast ships capable of traversing entire oceans that had terrified earlier generations. In that postwar positive moment of the 1950s, we got nuclear power and the space race. And now? Yes, there are still massive machines disturbing the Earth and the sending of robots to comets and far-flung planets. But these things enjoy little cultural validation. Today the most cheered technologies are those that allow us to hide from the world and from our responsibility to make history, which encourage us to stay home and chat rather than go out and conquer.

It is high time we looked beyond our iPhone screens and remembered that there are still skies to conquer and a universe to explore and flying cars to build. And for those endeavours, we will need huge, scary, nature-exploiting machines that do far more than tweet. We might even need some of the zany spark of Doc in Back to the Future, whose attitude to risk-taking would likely see him diagnosed with Reckless Personality Disorder today. Great Scott.

Brendan O’Neill is editor of spiked. The above is based on a speech he gave at the Wilderness Festival in 2013.