Cosmonauts: a tribute to Russian grit

A new exhibition offers a fascinating insight into the Space Race. 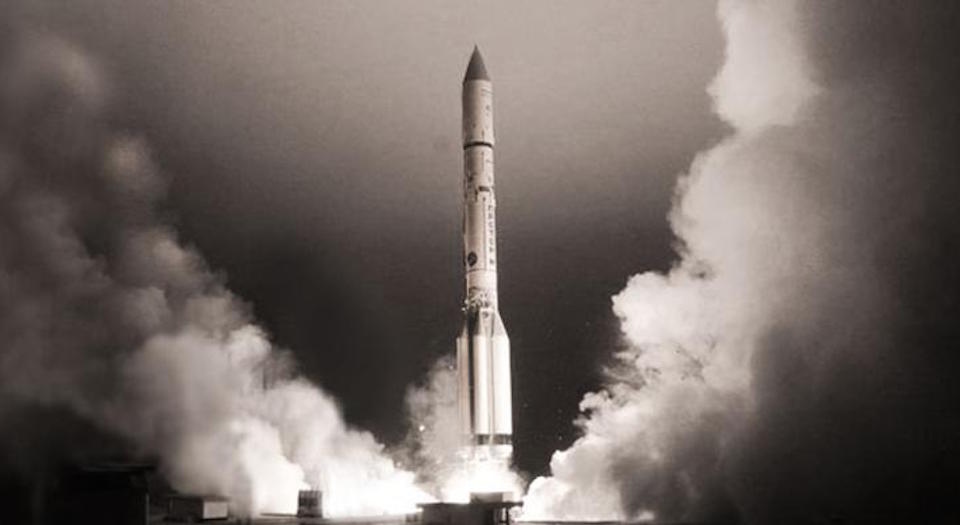 What is it about Russians and space flight?

During the grounding of the US Space Shuttle from 2003 to 2005, and since the Shuttle’s demise in 2011, use of Russia’s Soyuz family of reliable, expendable, low-cost rocket launchers has been the only way to ferry astronauts to the International Space Station (ISS). The ISS was first built out of Russian modules – and has, for a decade, housed Russian astronauts, alongside others. In today’s anti-satellite warfare, the Russians are right up there with the Americans and the Chinese, developing the means to approach, inspect, sabotage, destroy or fire at enemy craft. Indeed, Russians have been leaders in space thinking and practice since the nineteenth century – something the Chinese and the Americans cannot claim.

The Soviet Union made Yuri Gagarin the first man in space in 1961. In that flight and many after, Moscow’s cosmonauts and capsules were small, brilliant and packed with equipment. A new exhibition at the London Science Museum entitled Cosmonauts: Birth of the Space Age displays several wonderful scale models of Russian spacecraft, as well as two thumping real-life modules in which Soviet cosmonauts descended to Earth – Vostok 6 (1963) and Voskhod 1 (1964). It’s an inspiring exhibition, and sometimes a sad one.

The exhibition begins and ends with Konstantin Tsiolkovsky (1857-1935), a deaf physics whiz (he designed his own, massive ear trumpet). Tsiolkovsky pronounced, ‘The Earth is the cradle of humanity, but mankind cannot stay in the cradle forever’. Not knowing Russian, I couldn’t follow the captions on Tsiolkovsky’s late, yellowing sketches of the principles of rocket flight, astonishingly presented, in the dark. In 1903, Tsiolkovsky published his equation linking the change in the speed of a rocket to the velocity of its exhaust and the mass of its propellant; he was the first person to calculate the velocity needed to escape the Earth.

In fact you can go back even earlier to see Russia’s interest in rockets. Extraordinarily, Nikolai Kibalchich, the Narodnaya Volya assassin of Tsar Alexander II, produced designs and calculations for a rocket reaction engine, improbably powered by compressed gunpowder. He did this from his prison cell, just before he was hanged in 1881.

They were ahead of the game, the Russians.

Not for the squeamish: space according to the Soviet artist Konstantin Yuon

At the start of Cosmonauts, we marvel at Konstantin Yuon’s justly famous painting, New Planet (1921). Cosmonauts holds up this painting as an example of how, in the minds of artists, the new world promised by the Russian Revolution converged with the idea of human beings conquering new worlds beyond the Earth. While this was true of some early Soviet writers, I think the evidence for it among the Constructivists, at least – one of my favourite movements in art and design – is fairly slim; as their name suggests, they were more interested in propaganda around building and manufacturing than they were in outer space. Yet the early part of the show conveys an important lesson. Russians like Tsiolkovsky, and his circle of enthusiasts for ‘cosmism’ who dreamt of humanity fanning out across space, were right to have their dreams about space, even if many of those dreams were overblown.

In Russian cosmism, leftish but loopy and somewhat religious ideas about human destiny jostled with Malthusian ones about colonising other planets to relieve Earth of overpopulation (the same is true of its contemporary descendant, transhumanism). Yet that does not take away from the scientific and imaginative achievements of Tsiolkovsky and people like him. Today, equally, NASA is right to have just recently dreamed up a three-stage plan to take humans to Mars. Why is NASA right? Not because we want to thin out humanity by colonising the Red Planet, but because going to that planet will be testing, noble and eventually revealing.

After Tsiolkovsky, we meet Sergei Korolev (1907-1966). Born in Ukraine, an intrepid aeronautical engineer and incredible organiser, Korolev initiated the Space Race with the launch of Sputnik in 1957, causing consternation all over America. He was the Soviet space effort’s chief designer, a man whom postwar Soviet Stalinism regarded as so valuable, it kept his identity anonymous for years and years.

Cast as an enemy of the people: Soviet space guru Sergei Korolev, on his arrest in 1938

As the exhibition poignantly confirms, Korolev was not only a genius of rocketry, but had survived Joseph Stalin’s pre-war repression of intellectuals. Arrested on 27 June 1938 during Stalin’s Great Purge, he was tortured and sent to the Gulag. The Science Museum shows mugshots of him taken by the secret police, as well as the drinking mug with which he was eventually allowed to trek back all the way to Moscow, from the slave-labour Kolyma goldmine in the far east of Siberia, 5,000 kilometres away. The mug was his sole possession on the journey.

After many more trials and tribulations, Korolev was officially rehabilitated in 1957. Though the exhibition tactfully fails to mention it, his design of the world’s first intercontinental ballistic missile (ICBM) was successfully tested in August that same year.

Shrewdly as always, Korolev knew that Sputnik, launched on 4 October 1957, would be a museum piece one day. For that reason he insisted on a striking piece of design, a shiny, ball-and-spikes number. Yet, for me, Korolev’s main achievement goes even deeper than his designs; it was to show just how fast innovation can move.

Korolev put the Race into the Space Race. Within a month of sending Sputnik up he put a dog, Laika, into orbit, and then sent the spacecraft Luna 1 on its pioneering trip to the moon on 2 January 1959. In 2015, people go on about the speed with which mobile phones, computer games and apps are adopted. Cosmonauts shows how technological innovation in space could move just as rapidly 60 years ago as it does in the much more tractable field of IT today.

Why is that? Utterly awful though it was, Nikita Khrushchev’s Stalinist regime could throw resources into developing missiles and civilian space vehicles like there was no tomorrow. On 14 September 1959, Korolev hit the moon with a probe, only to circumnavigate it with another on 7 October. After launching Gagarin on 12 April 1961, Korolev didn’t stand on ceremony; by 19 May, he had got a machine to fly past Venus. Beyond sheer resources, the speed of innovation was fuelled by a pro-technology cultural atmosphere that prized human endeavour in the Space Race years. In both the Soviet bloc and the West, that atmosphere was wide open to space exploration.

What gave the Soviet Union an early edge in space innovation was that the Russians, in that implacable way that is commonly associated with Russians, were enormously brave. The first five cosmonauts didn’t come down in the sea, like American astronauts; they ejected from their spacecraft and personally parachuted to hard ground.

It was the same heroic story when Alexei Leonov performed the world’s first space walk in 1965. On exiting his craft, he gave a cheery wave, only to have to go on to disobey orders and deflate his space suit so he could stand some chance of squeezing back into Voskhod 2. Then Leonov and his fellow cosmonaut Pavel Belyayev had to bring their craft down to Earth manually, which it was not designed to do. Finally, after landing off course, the two cosmonauts spent two nights in the deeply snowed-in taiga forests of Russia. On the first night, Leonov had, at the ready, a nine-millimetre pistol to fend off bears and wolves.

Cosmonauts is well worth a visit. Alongside the modules, the replicas and the artworks, it gives an insight into the less glamorous innovations of the time. On show here is a special spacesuit donned by the cosmonauts to haul excess blood from their legs, as well as another, thinner one designed to compress the spine, back and legs after weightlessness. Also worth a look is a Soviet space shower – the cosmonauts rejected it as a means of cleaning themselves, preferring wet wipes – and a display of the unappetising tubes of food paste cosmonauts sustained themselves on, which look like tubes of paint or tins of iffy paté.

But as well as giving an insight into the unique innovations of the Russian space programme, there is something universal here, too. Russians have in abundance many of the qualities that make human beings the fantastic species we are. They have always had big ambitions, a relentlessness and a hardiness. They have always been good at mathematics and science. Though they have long been feared in war, the world still has much to learn from them.

In these times, it’s worth remembering that Russians aren’t all President Putin. Cosmonauts evokes a higher purpose than he will ever have.

James will be speaking at the sessions ‘New wars, new technology’ and ‘Welcome to the Drone Age?’ at the Battle of Ideas festival in London on 17-18 October. Get your tickets here.

Cosmonauts: Birth of the Space Age is at the Science Museum in London until 13 March 2016.