The Martian: a paean to human ingenuity 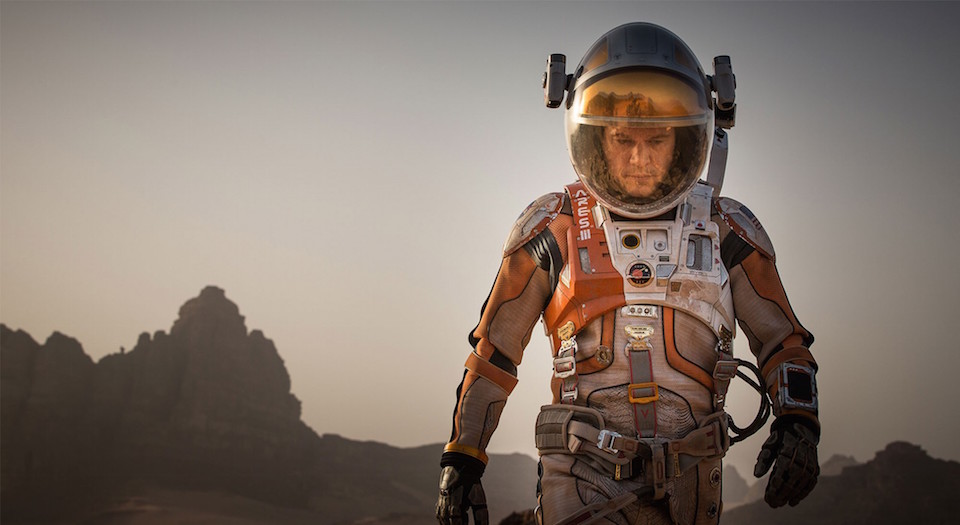 Behind the drama and suspense of The Martian lurks a deeply subversive message for our eco-anxious times: taming a planet is a good thing to do.

Ridley Scott’s movie offers welcome relief from the fatalism that has darkened the screens of late. In a battle between the human race and the forces of nature, our collective ingenuity, industry and mettle will succeed in the end.

Scott’s epic echoes the heroic science-fiction movies from the 1950s when our confidence in science and technology was unqualified. The alien forces from outer space could do their worst; humankind, with its back against the wall, would come back fighting.

From the early 1970s pessimism began to set in. Science was the problem, not the solution. It was mankind’s hubris, more often than not, that had created the predicament in the first place.

The British television movie Doomwatch, screened in February 1970, marked a turning point. A government agency – the Department for the Observation and Measurement of Scientific Work – had been established to guard against the abuses of progress.

Despondency settled in over Hollywood. Technology that once inspired was now seen as fallible and the forces of nature were hitting back. The Towering Inferno and Airport 1975 portrayed the helplessness of humans in the face of disaster.

In the 1974 movie Earthquake, humankind’s proudest monuments are laid low by the forces of nature. The construction engineer played by Charlton Heston blubbers ‘I’m ashamed of my profession’.

Matt Damon’s character in The Martian, however, is no techno-wuss. Mark Watney does not surrender to despair when he discovers he has been left behind by accident on an unforgiving planet.

Ingenuity got him up there, and ingenuity will get him back.

Calculating that a return mission may be four years away, he looks at his limited food supplies and declares ‘I’m going to have to science the shit out of this’.

Watney’s cultivation of Mars echoes the beginnings of the American colony. He faces the same challenge as the Pilgrim Fathers in 1620: turning alien soil into fertile ground. The Indians showed the settlers how to add fishmeal; Watney makes use of the enzymes and nutrients in astronaut poo.

‘I don’t want to sound arrogant or anything’, Watney muses, ‘but I’m the best botanist on the planet’.

By today’s prissy standards of eco-correctness, The Martian is wrong in so many ways. Watney sets out to conquer nature, not be conquered by it. Virtue is shown in taking risks, rather than avoiding them.

Sustainability is not a matter of preserving scarce resources but by going out to look for more.

The lingering wide shot of Watney’s Mars rover heading across the red dirt towards the horizon conjures images of the wagons opening the American frontier.

There is less fiction in this movie than we might like to imagine. Almost all the technology Watney relies upon exists today. The saws, hammers, tarpaulins and gaffer tape he uses to adapt and repair his escape rocket are hardly complicated tools.

His self-possession in the face of inestimable survival odds is genuine, too. We saw it 20 years ago in Ron Howard’s movie Apollo 13, based on a real-life moon mission that almost ended in disaster. Like Watney, Jim Lovell, Fred Haise and Jack Swigert survive on ingenuity and grit.

Which brings us to the trillion-dollar question: why aren’t we aiming for Mars? Where is the audaciousness of President Kennedy who, in an address to Congress in May 1961, pledged to land men on the moon and bring them home safely within a decade?

Kennedy was driven by the imperatives of the Cold War and the fear that the Soviet Union was gaining the upper hand in science. Today, Russia is in the ascendant again, outsmarting the US in the Middle East.

Will Obama respond as Kennedy did by shooting for the stars? Will he put his faith in American exceptionalism, confident that a society that grants freedom to the human spirit will prosper more than one that tries to contain it?

The Martian shows the US as it ought to be: confident, clever and courageous.

Nick Cater is author of The Lucky Culture (and the rise of an Australian Ruling Class), published by HarperCollins Australia.

Watch the trailer for The Martian: