Something Must Be Done (so that I can sleep at night)

Caitlin Moran’s crocodile tears will do nothing to help migrants. 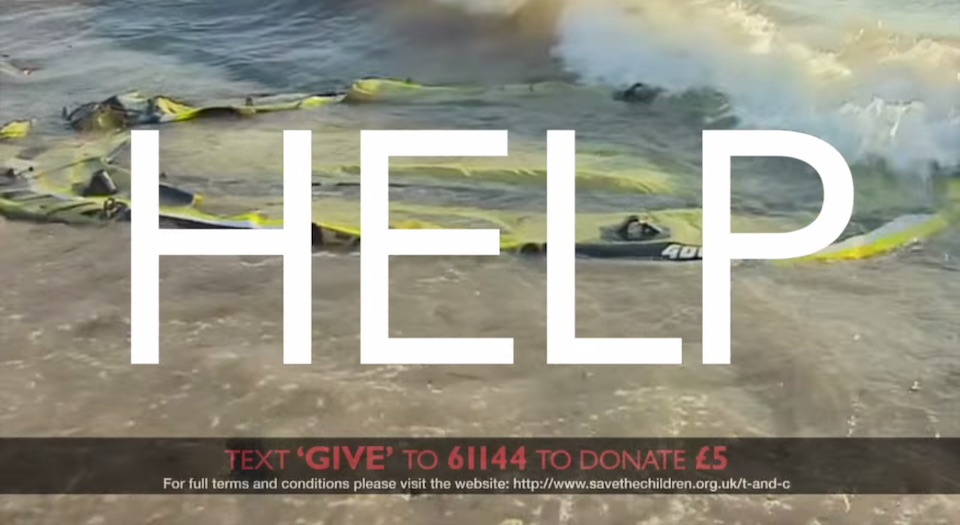 Has there ever been a more cretinous and insidious call to action than the cry Something Must Be Done? The giddy refrain, forever favoured by pudding-brained attention-seekers and the mentally infirm, has become mandatory during the ongoing Syrian refugee crisis. There are people drowning at sea, stranded in their multitudes in Hungary or on its border, or still trying to flee the Islamic State’s Satanic embrace or Assad’s murderous regime: ergo, Something Must Be Done.

When one’s reaction to tragedy is interpreted personally and digested subjectively, impulsive Something Must Be Donery invariably results. It’s as if to say: ‘I feel awful about what’s going on. I must do something to stop me feeling this way. I must make myself feel better.’ And the problem with filtering disaster through the prism of the self is that emotive-fuelled responses often make things worse for the actual victims of misfortune.

What if doing something makes things worse? For instance, would you trust a paramedic or a brain surgeon whose guiding principle was Something Must Be Done? Indeed, the first rule paramedics have when it comes to dealing with the injured is not to move them – ie, not to do anything. Physicians and doctors are taught from the outset to ‘first do no harm’. When posed with a difficulty or task, or faced with catastrophe, those who come to the rescue abide by the imperative that Nothing Must Be Done.

Angela Merkel concluded that something had to be done about the thousands of Syrians seeking entry into Germany. By doing so, she further encouraged thousands more to leave safe houses in Lebanon and Turkey, to make a financially exorbitant, perilous passage to Western Europe. Pictures of little Aylan Kurdi’s washed-up body shocked the world, but remember that this was off the coast of Turkey, where the family had been living for three years. A firmer stance by Western European countries might have dissuaded his family from making a fateful voyage from that safe country.

Merkel’s decision was a boon to people-traffickers. It’s akin to paying slave traders as a means to end slavery: it further encourages them. Such initiatives only feed a cycle of misery. It’s like giving money to a homeless drug addict: such a short-termist, emotive response will assuage your conscience and dry your tears, but will do the recipient no favours whatsoever.

This ghastly, egotistical refrain Something Must Be Done has been part of political discourse for decades. It spurred Band Aid and Live Aid in the mid-1980s, jolly get-togethers that raised much money for African kleptocrats and prolonged misery and starvation in the sub-continent. The sentiment itself is eternal, but it is entirely fitting for our age of online virtue-signalling, where feeling good, not doing actual good, is of the utmost importance.

A Facebook post by Smashing Life currently doing the rounds – entitled ‘Three bullshit posts about refugees you need to stop sharing’ – explains how three popular memes, alleging that many Syrian refugees in the West are covert Islamic State operatives, are actually based on false information and misleading photography. The Smashing Life counter-meme has become a popular corrective among liberal-left online ostentators.

As much as these hard-right memes about immigrants are obnoxious and inflammatory, their counterparts, the nauseatingly self-righteous, repetitious ones regarding the malevolence of the Tories, the saintliness of refugees and sanctity of the NHS, are little better. They are also dubious, based on instantaneous juxtapositions and simplistic imagery rather than reasoned discourse.

Serious politics and social media do not mix. Twitter, as Tony Parsons writes in GQ this month, is little more than a ‘frat-house of left-wing piety’. Facebook is even more egregious. Here, loud, virtuous political opinions are employed as a kind of appendage to one’s public persona. It’s little different than Harry Enfield and Paul Whitehouse’s Smashy and Nicey doing a lot of work for charidee but ‘not wanting to talk about it’.

Newspapers and periodicals that are accountable, written by professionals, sanctioned by lawyers and collated by editors, are an infinitely more reliable medium than showy, duplicitous Facebook memes. But then again, will Generation Me ever actually pay for news from the hated, Murdoch-owned ‘mainstream media’ of the nefarious and corrupt ‘Establishment’?

Mark Zuckerberg has announced that Facebook is to introduce a ‘dislike’ button, to match the ‘like’ function. He says he doesn’t want it to be used as a ‘down vote’ for posts, to suggest disapproval or censure, but rather to indicate sympathy for ‘sad’ posts that might, say, announce job redundancy, bereavement or any other misfortune.

How naive. Of course ‘dislike’ is going to be used maliciously, and it will ensure that Facebook becomes even more unbearable. The forum already makes users unhappy and envious, in that it gives the impression that everyone else has a marvellous, holiday-strewn life while yours is dreary and tedious. The ‘like’ function itself induces much misery, in that one counts not how many times you get it, but how many times you don’t – and others do.

Facebook lures you for fear of being left out, and then makes you feel unpopular. It would be better still to abolish ‘like’ itself. Comments and discourse are preferable to a gladiatorial thumbs-up or thumbs-down.