Assisted suicide: behold the wisdom of the Commons

The debate on the Assisted Dying Bill showed parliament at its finest. 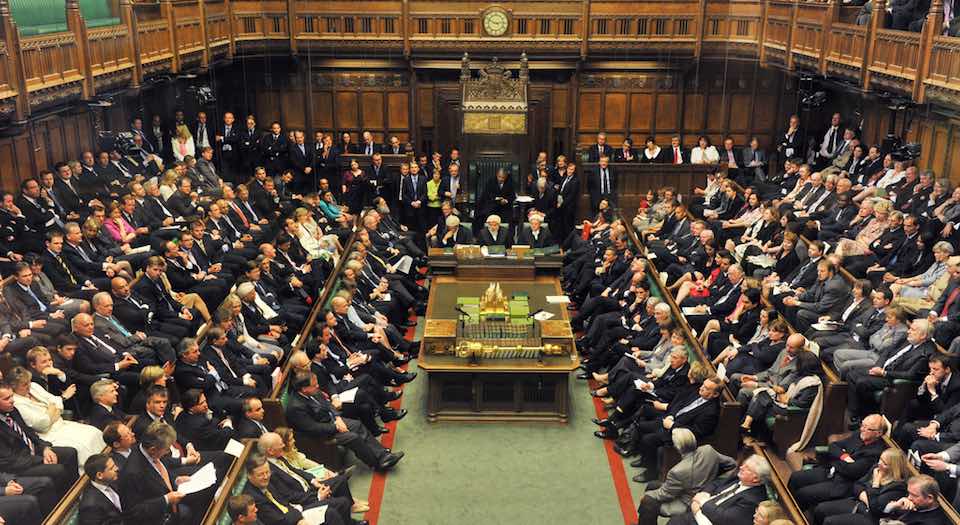 As I attempted to get into the public gallery at the House of Commons last Friday afternoon, I heard a huge cheer from the other side of the road. It came from a collection of disabled activists, pro-life groups, religious charities, hospice workers and interested parties demonstrating against the Assisted Dying Bill. They had clearly heard the news: parliament had rejected plans to legalise assisted suicide by an astonishing 330 to 118 votes.

It was certainly a surprise to many. The Assisted Dying Bill had the support of powerful and influential people, including former director of public prosecutions Sir Keir Starmer, former Archbishop of Canterbury Lord Carey, the Sun, plus assorted celebrities. It was also claimed that over 80 per cent of the public supported the legalisation of assisted suicide. Yet the bill was still resoundingly defeated.

The debate and vote showed ‘parliament at its finest’, as Conservative MP Fiona Bruce put it. A huge number of MPs spoke on both sides of the debate as political allegiances were swept aside. MPs showed an ability to think their way through the thicket of emotive stories and spin to consider the issues and principles at stake. Respectfully but critically, MPs listened with the seriousness that the issue of assisted suicide demands.

After the debate, however, Dignity in Dying, a pro-assisted-suicide campaign group, complained that parliament had ignored the public’s demand for legislation. The Twitteratti said the result represented ‘the failure of democracy’. Newspapers selectively reported the debate as being between religious fanatics (what, 330 of them?) and the rational.

But, reading the transcripts of the debate, a different picture emerges. There were many personal stories of the death of a loved one, but there was also a willingness to engage with the actual arguments. Those in favour of the bill argued that assisted suicide was happening anyway. Kate Green, a Labour MP, said we should therefore ‘shed the light of regulation on a situation that we live with today. I would prefer to see this difficult situation governed by legislation.’ The bill’s sponsor, Labour MP Rob Marris, said we need legislation as a safeguard against what he described as ‘amateur suicides’.

Supporters of the bill also highlighted the inequality between those who could afford to go to Switzerland to die at the Dignitas clinic, and those who couldn’t. The mantra of ‘choice’ was also heard. Crispin Blunt, a Conservative MP, noted that ‘for nearly everyone, the bill will provide the comfort of having a degree of control over the end of their life. We must and ought to have a right to choose, despite the concerns about what a valid choice looks like.’

But these arguments were quickly shot down. The MPs demolished the suggestion made by campaign groups that there is a difference between ‘assisted dying’, as they call it, and assisted suicide. Liberal Democrat MP John Pugh said, ‘We are talking about assisted suicide, and there is no essential right for people to demand of the state that it assists them with their suicide. In fact, it is the policy of governments to reduce the number of suicides, and normally it is our moral duty to discourage suicide.’

Gordon Marsden, a Labour MP, agreed: ‘Words matter, as George Orwell said, so we should be using the appropriate terms. This is about assisted suicide, not assisted dying. It is not about medication — I am not going to use the word “poison” — but administering something to someone that will kill them.’ Sir David Amess, a Conservative MP, was annoyed by the emphasis on choice: ‘We all have the choice over whether to commit suicide.’ As Conservative MP Caroline Spelman noted, the bill ‘would not just legitimise suicide, but promote the participation of others in it’. Nick Herbert, a Conservative MP, asked ‘if there is a right to die, why is it constrained by a six-month time period? If there is a right to die, why is it constrained simply by the fact of having a terminal illness?’ He continued, ‘The law has always regarded it as wrong to assist in someone’s suicide because, in the end, we think that suicide is wrong, even if we think that it should not be a criminal offence. That is why we should take the very greatest care before taking this fundamentally different step.’

What about the inequality between those who could, and those who could not, afford to go to Switzerland? MPs instead concentrated on a much more profound moral inequality implied by this legislation. ‘What sort of society are we creating if we say that we value people who are healthy, fit, beautiful and young more than we value people who are poor, old, crippled, ill and dying?’, asked Conservative MP Sir Edward Leigh. In a similar vein, Labour MP Helen Jones said that ‘if we cross the line, deciding that some lives are less valuable than others, we shall be opening ourselves up to a process that I think we would deeply regret’.

MPs with a medical background came out strongly against legalising assisted suicide, rejecting the idea that it is a medical treatment. As the Scottish National Party’s Dr Philippa Whitford stated, ‘I have been involved in the journey to death of many patients, but as a doctor I have never considered that death was a good treatment for anything, no matter what was wrong with anyone’.

Ben Howlett, a Conservative MP, summed up the feelings of many MPs: ‘I admit that I came into the House thinking that I would support the bill, but listening to the speeches made by other members… has completely changed my mind.’

The debate was an excellent advertisement for the Commons’ capacity for wisdom. It even showed this old cynic that politicians genuinely strive to do what is right. Perhaps more importantly, it showed that, when opponents of assisted suicide are armed with the right arguments, even the slick soundbites of well-funded pro-assisted-suicide groups count for nothing.

It is very unlikely that any more bills on assisted suicide will appear in the next five years. Ominously, though, Dignity in Dying immediately responded by saying it would appeal to the courts. ‘Parliament has failed to act, and if it fails to recognise its responsibility over the next five years, then the courts have no choice but to act instead, to end this suffering and injustice.’ In other words, rather than rethinking their strategy and coming up with better arguments, assisted-suicide supporters will attempt to circumvent the democratic rejection of assisted suicide. Let us hope that the courts will recognise, as they have publicly stated many times before, that this is a matter for parliament.

Kevin will be speaking at ‘After Ferguson: policing and race in America’ at the Battle of Ideas festival in London on Sunday 18 October. Get your tickets here.