Rise of the supernanny feminists

Charlotte Proudman isn’t the only one trying to tell us what is and isn’t acceptable. 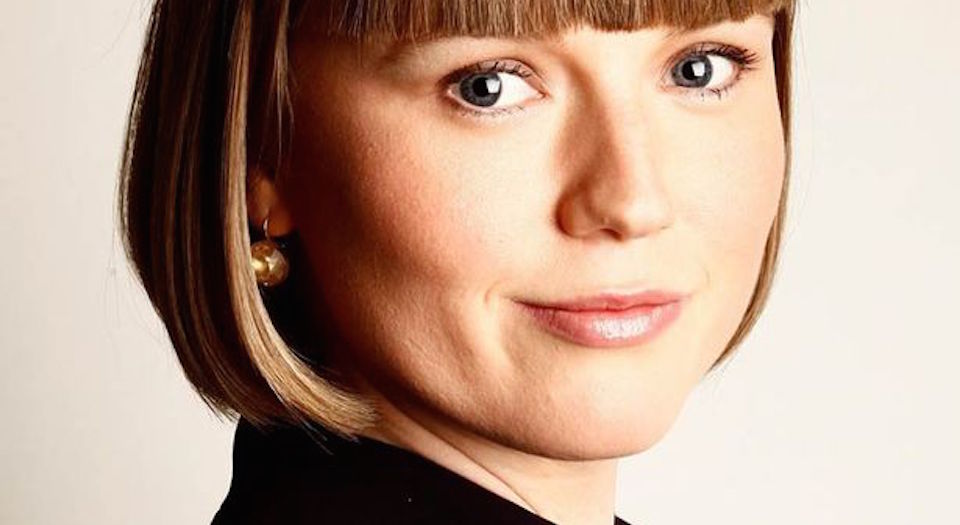 It can’t have taken #fearlessfeminist Charlotte Proudman long to choose the best turn of phrase for her public scolding of Alexander Carter-Silk, the man who had the temerity to tell her that her LinkedIn profile picture looked ‘stunning’. In reaching for the word ‘unacceptable’, Proudman repeats the tip-of-the-tongue buzzword of today’s unappointed language police.

Earlier this summer, when Sir Tim Hunt made his now infamous joke about women in labs, his colleague and Nobel Prize co-winner, Sir Paul Nurse, led the stampede, declaring such remarks to be ‘not acceptable’. Channel 4 newsreader turned arbiter on all things feminist, Cathy Newman, suggested ‘he should keep his “girl trouble” to himself in future, to send a message that sexism is just as unacceptable as racism’. Back in January, former soap star Ken Morley was hoisted off Celebrity Big Brother after he was deemed to have used ‘unacceptable and offensive language’.

Unsurprisingly, this rush to label words – and, let’s be honest, the people who utter them – as ‘unacceptable’ breeds within universities. At Washington State University, cultural studies students risk failure if they use words their lecturer has decided are ‘unacceptable’. The list of outlawed expressions includes ‘the words “males” and “females” to refer to men and women’. Students studying women’s studies at North Carolina State University have been told they will be marked down for using ‘unacceptable’ vocabulary such as ‘mankind’ in their essays.

At students’ unions throughout the UK, Safe Space policies warn members of the need to ‘be aware of the connotations of your language’. At Goldsmiths, part of the University of London, ‘racism, homophobia, biphobia, sexism, transphobia, disablism or prejudice based on age, ethnicity, nationality, class, gender, gender presentation, language ability, immigration status or religious affiliation is unacceptable’. Students must not ‘make assumptions about anyone’s gender, pronouns, sexual preference, abilities, ethnic identity, survivor status, or life experiences’. For those wanting to remain within the limits of acceptability, conversation must be very difficult indeed.

Describing the words someone uses as ‘unacceptable’ can appear politically neutral, unemotive and simply commonsense. It allows the speaker to take the moral highground by suggesting there are ways of speaking and behaving that all right-thinking people agree upon. Those whose words are labelled ‘unacceptable’ are deemed to have crossed a line and committed a transgression against such normal codes of decency and politeness. As we have seen with Charlotte Proudman’s calling-out of the supposedly sexist solicitor, and all those who rushed to decry Tim Hunt’s joke, the biggest infringement against the acceptable is to commit speech crimes against feminism. The feminist war on unacceptable language now encompasses everything from jokes and compliments to mildly flirtatious comments.

The roots of this obsession with policing language began at least as far back as the 1980s. A social constructionist view of gender as performative rather than biological met an emerging postmodernism that assumed discourse constructs not just perceptions of reality but reality itself. This led feminist theorists, such as Julia Kristeva, to argue that it is language that constructs power relations and the conditions for oppression. According to this view, women’s oppression could be challenged by changing the language and images through which people constructed the world. Today, when young women are seemingly quicker than ever to declare themselves victims of everyday sexism and casual misogyny, the notion that words are pre-eminently important in shaping reality has remained. Only now it has been joined by the notion that language can inflict mental harm on women, who are seen as vulnerable to everything from adverts on the Tube to clapping.

Offending words are now found everywhere. According to modern feminists, exposing them simultaneously challenges sexism and, perhaps more importantly, confirms that it still exists. The importance of language is overstated at the same time as the capacity of women, as autonomous individuals capable of taking responsibility and making independent choices about their own lives, is played down. This leads to an increase in what Daphne Patai and Noretta Koertge, writing in Professing Feminism, have termed ‘ideological policing’, both inside and outside of universities. Modern-day feminists have much in common with their bourgeois Victorian fore-sisters, whom Patai and Koertge suggest saw it as their job ‘to monitor language and enforce norms’ of what was socially acceptable.

Today’s constant calling-out of what is considered unacceptable to feminist sensibilities is a demand to censor language deemed threatening to women – who are presented as a homogenous and vulnerable group. It is a patronising way for a recently emergent social elite to dictate who gets to be heard as they enforce new values, social norms and codes of conduct. This is why the cry of ‘unacceptable’ is most often used against a generation of older white men whose very existence is a sin against the new etiquette.

The phrase ‘this is unacceptable’ was made famous a decade ago by television’s self-described Supernanny, Jo Frost. Frost’s parenting programme centred on the advice: ‘It’s important to give your child boundaries and let them know that certain behaviour is unacceptable.’ Weekly plotlines all revolved around parents being taught how to look their child in the eyes, point a finger and declare ‘That is unacceptable!’. Duly reprimanded, the guilty child would be sent to sit on a naughty step until they were prepared to proffer an apology for their misdemeanours. At this point, parent and child would hug and all was forgiven. Today’s feminists prefer to punish unacceptable behaviour through Twitter-led public humiliation rather than naughty steps. But the narrative arc of crying ‘unacceptable!’, followed by punishment, apologies and, occasionally, redemption, is all too familiar.

We need to stand up to the supernanny feminists before more careers and lives are ruined. The idea that young women are victims of a patriarchy that conspires to keep them low paid, powerless, objectified, sexually harassed and out of the top jobs is ludicrous. The idea that women are offended and their sense of self-worth shattered by jokes and compliments is far more demeaning than any unwanted flirtation. It’s time to turn the tables and call out the unappointed coterie who take it upon themselves to tell the rest of us what is and isn’t acceptable. And if we really want to police language, let’s start with the overused and ill-defined word, ‘misogyny’.

Joanna will be speaking at ‘The Personal is Political: is identity politics eating itself?’ at the Battle of Ideas festival in London on Sunday 18 October. Get your tickets here.