Alice Dreger and the policing of academic thought

Misguided feminists are dictating what academics may publish. 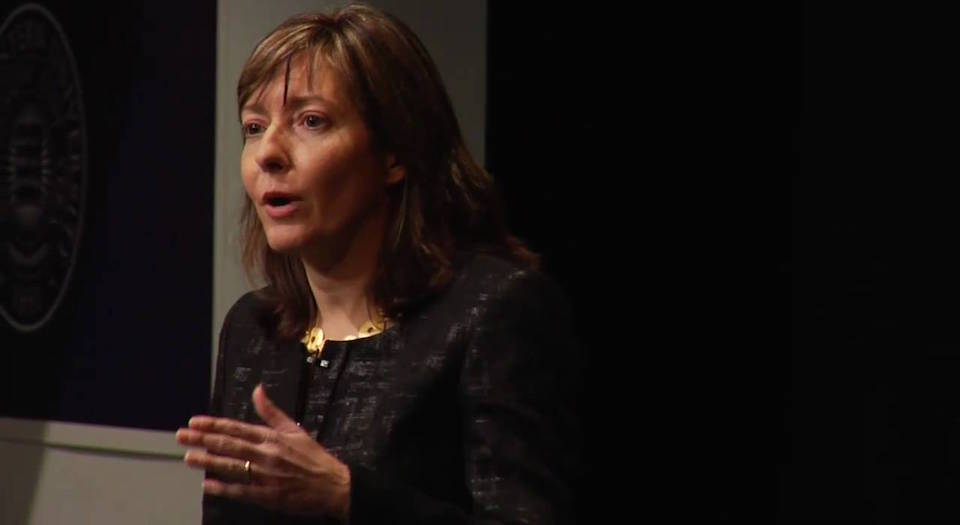 The latest brouhaha to come out of Northwestern University, the Illinois institution beset by censorship scandals, is one that has seen Alice Dreger, a renowned professor of medical humanities and bioethics, resign over a controversial journal she edited. It’s a skirmish indicative of the underlife many academics feel confined to these days, a state of affairs that has seen the curtailing of the combustible and imperfect forces that drive innovation in the sciences, technologies and humanities.

The conflict began for Dreger when she guest edited Atrium, the journal of the medical humanities and bioethics programme at Northwestern’s Feinberg School of Medicine. In an issue titled ‘Bad Girls’, she included an article by William Peace, an adjunct instructor in Syracuse University’s honours programme. ‘Head Nurses’ was about Peace’s experience in a physical-rehabilitation hospital in the Seventies, a stay that lasted more than a year and brought him into close contact with a lot of young female nurses. (He suffered from a neurological disorder that left him a paraplegic at the age of 18.)

Peace wrote about a reasonable fear he had then: namely, if being in a wheelchair for the rest of his life would prevent him from having sex. Although it was a question no medical professional seemed prepared to answer, an answer existed. With a wonder that is still discernible, he describes the time a nurse came to his bed in the middle of the night and fellated him, an experience he recalls with warmth and gratitude.

Peace elaborated, saying that, at the time, the youngest nurses – recent graduates – were sent to teach young paralysed men like him how to insert and remove catheters. An intimate procedure he found humiliating – especially since he found some of the nurses attractive. There was an upside, however. These nurses were also poorly paid, worked long hours and were assigned the least desirable tasks.

The end result, Peace reports, were relationships of mutual empathy, the kind that develop naturally between young men and women when they are thrown together for months at a time, working under difficult circumstances and toward challenging goals. Peace spoke to that emotional context in the article, a context that included encouragement, frankness and, of course, physical contact.

There were two significant critiques of ‘Head Nurses’. One came from Dreger’s dean, Eric Nielson, who felt he was protecting Northwestern Memorial Health Care, the corporation that had recently acquired Northwestern’s Feinberg School of Medicine. The other came from feminists Rachelle Barina and Devan Stahl at Bioethics.net, the website of The American Journal of Bioethics.

When it came to Northwestern, Nielson was concerned about branding and had the article removed from the online version of Atrium. It was ironic: the medical school, which was once free of the interventions of corporate world, had for a decade allowed Dreger to explore edgy experiences typified by Peace’s narrative. However, a new dependence on corporate funding apparently changed that. On her personal blog, Dreger quotes a message to the faculty at the medical school, emphasising how it has now become a medical ‘centre’:

‘Starting today, the look of your campus-access badge will reflect our Northwestern Medicine identity… This will be a powerful symbol to our community and visitors that we’re working together as one unified medical centre… Carriers of both the NU Wildcard and the NM ID badge will still have access to all the benefits of the Wildcard advantage programme, including dining and retail discounts.’

Dreger joked in the blog that if she’d kept her job, she would have also kept her 15 per cent discount at participating restaurants. I spoke to Dreger about the incident, and, levity aside, she made the point that ‘academic freedom is fundamentally the opposite of a brand’, and that, while brands are about singular messages, ‘academic freedom is about having the potential to be off-message’. Peace contends that his writing about sex, as a disabled man, is at the root of his critics’ discomfort, and is precisely why a journal like Atrium should publish him.

They wrote a follow-up to this, after the controversy became public, insisting they oppose censorship, stating that a subsequent article, written by Peace in the Chronicle of Higher Education, situated his experience in a clearer and more sympathetic context. Despite their belated disclaimer, it’s hard to see Barina and Stahl’s responses as ‘radically distanced’ from a censoriousness designed to keep Peace out of a conversation – about sex and disability – that he initiated.

But Barina and Stahl got it wrong in another way: they misunderstood the disability context Peace was writing in. What the disabled will tell you themselves is that their physical conditions require different lexicons of eroticism, not all of which are intelligible to those who define sexual pleasure purely in orgasmic terms. Peace’s discussion surely pushes towards a broader lexical knowledge of disability and this is apparent by how he starts his story: ‘It was late at night and I had pissed all over myself and the bed.’ He describes how it felt to fail on an ADL – an activity of daily living – and how, as a young man, asking for help was difficult. So if a power dynamic did exist between Peace and the nurse, I would argue it was lateral and that her gesture needs to be understood in that context.

Having cared for a disabled parent, I understood Peace’s intentions in ‘Head Nurses’. I know that talking about urinating, defecating and pleasant sensations all at the same time is part of the compression that characterises discussions about disabled bodies. I recognised that when my mother’s occupational therapist stressed the importance of giving myself enough time to perform a proper toilette for my mother in both the morning and evening. The tactile pleasure my mother would derive from it, she said, was important to her emotional wellbeing. It’s a conversation I’ve had with those who work in physical rehabilitation; they’ve taught me to appreciate that having a diaper changed, when one is old and frail, can actually be a pleasing experience. It’s a subversive thought, one that challenges conventional notions about the horrors of old age.

I remember the feminist slogan from the Seventies – the personal is political. Maybe it’s still true. But as Peace and Dreger’s experiences show, it can also be code for ‘Hold on, there are some dumb rules coming your way’. I wonder when those of us who care about the vulnerable became afraid of those who claim to do so with more zeal. When did we cede our freedom to the academy’s most misguided alarmists?