Alexis Tsipras and Co are the acceptable faces of EU technocracy. 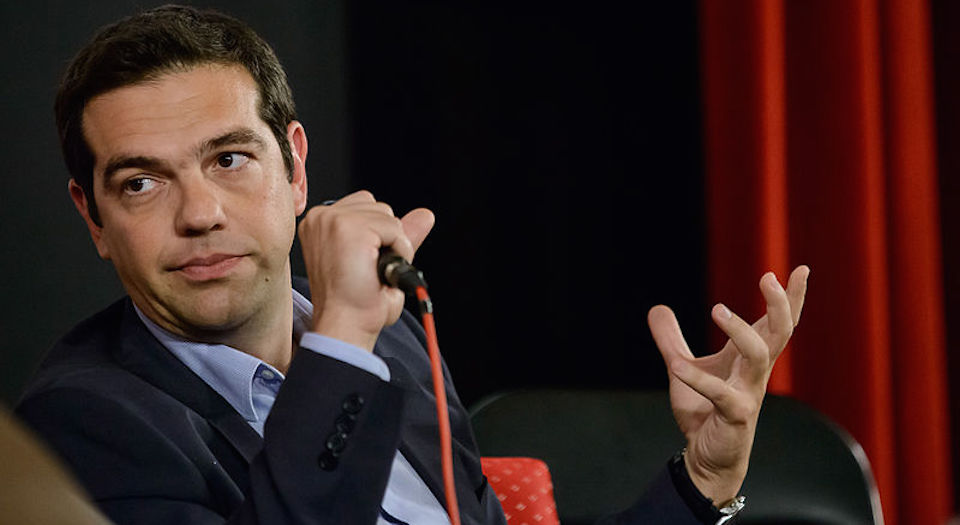 Standing before the Greek parliament to present the EU’s latest bailout package, then prime minister and Syriza leader Alexis Tsipras admitted the bailout’s onerous terms and conditions would make life even harder for Greek people. Rising to his ‘I can do no other’ theme, Tsipras declared, ‘I am the last person to shirk this responsibility’. And yet responsibility is exactly what Tsipras and his Syriza-led government have repeatedly shirked. At every stage of their ascendancy, Tsipras and Syriza have seemed incapable of leading, of taking responsibility for the power that they, as Greece’s elected representatives, have assumed.

Syriza, remember, with the charismatic Tsipras at its head, was voted into a coalition government on the basis of its opposition to the harsh economic regime imposed by the European Central Bank, the European Commission and the International Monetary Fund, otherwise known as the Troika. Syriza was against austerity. It was against a bullying EU. It was against the high priests of fiscal realism. There was to be no kowtowing to faceless bureaucrats running Greece into the ground. Instead, Syriza was going to create countless jobs, raise the minimum wage, put a stop to privatisation, protect the pension system, and, above all, change the harsh terms of Greece’s debt-repayment plan with the Troika.

And yet, despite winning a mandate from the Greek electorate in January, despite the popular backing for its anti-austerity plans, Syriza and Tsipras have not realised their political programme at all. Instead, they played an interminable game of poker with the Troika, threatening this and ceding that, before ultimately deciding to abdicate their responsibility to lead, and to call a referendum instead on what was then the most recent bailout package offered to Greece by its creditors. Again, the Greeks said ‘no’ to the EU’s austerity regime, and again Tsipras and his government seemed incapable of leading on the popular mandate they asked for. Come 16 July, not only had Tsipras said ‘yes’ to the latest bailout package — this particular version of EU-embossed suffering was even more brutally condition-packed than the version the Greeks had rejected in the referendum.

A new Versailles Treaty was how the bailout agreement was described by Yanis Varoufakis, Tsipras’s friend and, until July, Greece’s finance minister. Over the top, perhaps, but there’s no doubting that in agreeing to the conditions of the latest bailout package of some 86 billion Euros, Tsipras had reneged on everything on which his reason to rule was based. Pensions are now to be reformed, tax breaks scrapped, some nationalised assets sold off (or ‘monetised’), the economy liberalised, unions restricted… And above all, the Greek state must start meeting arduous, penury-inducing deficit-reduction targets.

But have Tsipras and Syriza assumed responsibility for the political reality they have helped to create? No, not at all. A few days after the Greek parliament approved the bailout package in mid-August – a move which prompted 25 Syriza MPs to break away to form a new left-wing party, Popular Unity, which is now calling for an exit from the Eurozone – and Eurozone ministers gave the Greek government a stern-faced thumbs-up, Tsipras resigned as prime minister, and called yet another General Election (which will be held on 20 September).

It is as if Syriza and Tsipras are constantly disavowing their own governing position. No sooner are decisions made, policies enacted, or punishing bailout agreements signed off, than those doing the deciding, enacting and signing-off attempt to wash their hands of the whole dirty business of governing, of ruling, of leading. You decide, they say to the electorate. But, given the way the Greek people’s wishes have been betrayed by Syriza, there’s little democratic to Syriza’s electionitis. Rather, it’s an attempt to legitimise decisions, often bad ones, retrospectively. ‘I feel the deep moral, political obligation to submit to your judgement’, said Tsipras on announcing his resignation. ‘Your vote will determine if we represented you courageously in talks with creditors and if this agreement is enough for us to emerge from the crisis.’ This sounds less like an election than a demand for validation.

But Syriza’s latest day out at the polls is not only a means to get the electorate’s retrospective blessing. It is also, perhaps more importantly, an attempt to pass the buck from the governing to the governed. It allows those in leadership positions, those who have been democratically elected to lead, to avoid having to lead, either by asking the people to make decisions on their behalf, or by making a decision, refusing to take responsibility for it, and passing that responsibility on in the shape of yet another public vote. Tsipras and Co are placeholders in leaders’ clothing.

But the Syriza government’s betrayal of the Greek people, in which it has effectively colluded in the Troika’s own remote-control subordination of Greece to the rules and regulations of the Eurozone, is not just a failure of leadership; it is also a failure of ideas. Yes, Syriza struck all the right anti-austerity poses (although, as we have argued on spiked, it simultaneously embraced the environmentalist-packaged culture of limits that is at the root of austerity thinking). And, yes, Syriza did appear to be committed to some alternative vision of Greece’s future. But nestling amid the wishful thinking, in which state spending, fuelled by credit, will once more pump up Greece’s low-productivity economy, there was one commitment that trumped all of Syriza’s proposals: the ruling Tsipras faction was always determined to remain in the Eurozone.

And because of that lack of political imagination, that refusal to countenance an exit, that steadfast commitment to the very project that stymies democracy and popular sovereignty across Europe, Syriza’s rule has necessarily acquired the look of a charade. It really could do no other. Syriza made the right noises. It talked about democracy, and it called Greece’s treatment a ‘humiliation’. But, behind the scenes, the technocratic governance of Greece by assorted EU institutions proceeded soundlessly and relentlessly. Tsipras and Syriza haven’t so much led, as followed. They have postured against the rigid, technocratic nature of EU rule, while simultaneously subordinating themselves and Greece to it. They are leading Greece while conspiring to undermine their ability to do so. No wonder Belgium’s finance minister felt confident enough to dismiss the next round of Greek democracy: ‘The iron logic of a monetary union is that whatever the result of the Greek elections, the agreed-upon [bailout terms] can and will not be changed.’ Tsipras and his comrades are the acceptable faces of the iron logic of monetary union.

In fact, EU leaders have started to talk openly of Tsipras as a man they can do business with. In July, French president Francois Hollande said Tsipras was ‘courageous’ for going against his own democratic mandate: ‘He was elected on a very left-wing platform and he’s ended up carrying out reforms that are really difficult.’ And, last week, German chancellor Angela Merkel praised Tsipras as a leader ‘repeatedly committed to carrying out [the bailout] programme’. Hollande’s and Merkel’s seal of approval is to be expected. For Tsipras and what is now left of Syriza have abdicated political leadership and jettisoned political ideas in favour of the rule-bound technocracy of the EU project. That recent polls have put the old EU stooges of New Democracy ahead of Syriza for the first time in nearly two years is testament to the Greeks’ weariness of Syriza’s antics. It seems that even if Syriza loses the elections later this month, Tsipras’s belief that There Is No Alternative (to the Eurozone) has triumphed.