The founding of the modern research university

A fascinating new book explores the Kantian origins of the modern university. 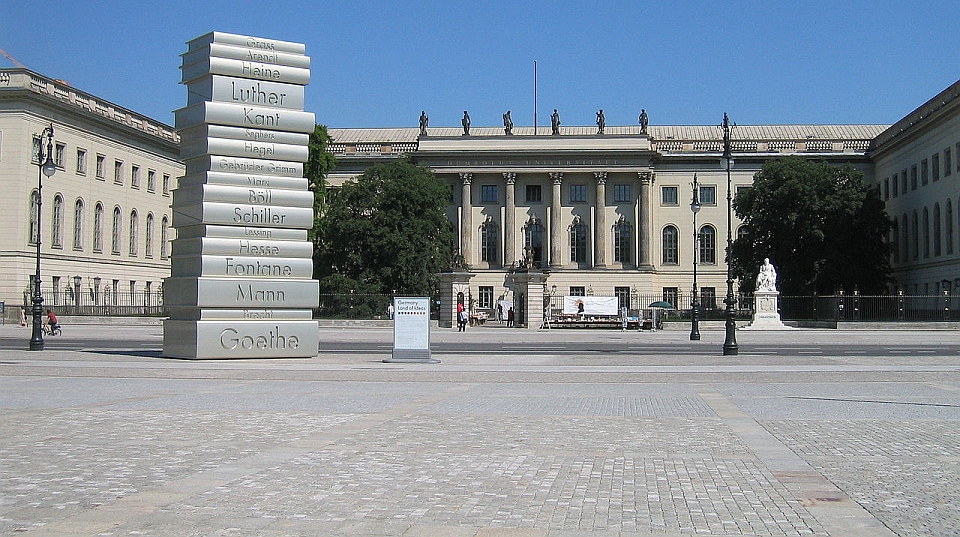 Towards the end of Organizing Enlightenment: Information Overload and the Invention of the Modern Research University, Chad Wellmon writes:

‘The sometimes nervous, sometimes euphoric debate about MOOCs [massive open online courses] crystallised our confusions about the place of the university and exposed our anxieties about what constitutes authoritative knowledge in a digital age. As our institutions and digital technologies change so quickly, the capacity of the research university to fulfil its historical purpose – to generate and transmit authoritative knowledge by forming people in the practice of science – has been cast into doubt.’

It is the contention of Wellmon, associate professor of German Studies at the University of Virginia, that contemporary debates around the rise of new media technology and education, with the discussion of MOOCs a prime example, are underpinned by an anxiety about who or what has the authority to preserve and transmit knowledge. This is also an anxiety about the relationship of younger generations to the world of existing knowledge.

Wellmon distinguishes the modern research university, as a humanist institution that inducts students into a cultural tradition, from the medieval educational institution, which developed theologians and priests. As Wellmon sees it, the modern research university, as it emerged in Germany during the early nineteenth century, has produced both disciplinary knowledge and disciplinary scholars. Wellmon is interested in how this type of institution came to be a centre of epistemic authority, and the process by which it did this, through its devotion to wissenschaft (science or knowledge in general).

In the main, Organizing Enlightenment offers up a fascinating story about books, cultural fears and moments where individuals have made great intellectual leaps that have not only contributed to our common cultural and intellectual progress, but have also resolved particular epistemic anxieties – moments, that is, when the status of existing knowledge was in doubt. Wellmon locates the first moment of epistemic anxiety at some point during the late sixteenth century, when there was a growth in trade and markets and an increasing interest in knowledge about the natural world. The consequent expansion of knowledge resulted in a proliferation of bibliographies, lexicons and encyclopaedias. But at some point, the sheer amount of these ‘technologies of print’ threatened to fragment the unity of knowledge.

Unfortunately, Wellmon’s account of this, and other important cultural developments, is unsatisfying. He squeezes several complex objective and subjective factors into one simple explanation involving changes in ‘technologies of print and/or information’. True, he does expand on this phrase, citing ‘different forms of media, institutions… and practices of the self and how they shape each other’, but this is not very helpful.

For example, his account of the first moment of epistemic anxiety in the late sixteenth century seriously underestimates the significance of the reintroduction of Ancient Greek and Latin texts into medieval scholarship. Aristotle’s early classifications of natural phenomena were admired and considered authoritative by some scholars. But Aristotle’s claim that man had always existed sat uneasily with the idea that man had been made by God at a particular moment in time. Much subsequent medieval scholarship was in large part aimed at limiting possible threats to Christian doctrine posed by Ancient Greek and Latin texts. This involved the study, and writing, of a huge range of works. The result, noted by Wellmon, was an increasing number of bibliographies, lexicons and encyclopaedias. But these were produced as much by monastic scholars pursuing moral and intellectual interests as by the existence of trade or markets per se.

During the sixteenth century, the tension between what Wellmon calls an ‘information overload’ and prevailing beliefs and customs became untenable, and the epistemic authority of existing religious doctrine and scripture weakened. In these conditions of epistemic anxiety, the work of Francis Bacon and others produced a new source of epistemic authority – science. The terms ‘science’ and ‘scientific’ at this point in history did not refer to the narrowly technical idea of science that we have today. It was a full-blooded, humanist endeavour to organise and produce new knowledge about the world, based upon observation and empirical methods. For example, Bacon aimed to:

‘[C]ollect out of the records of all time what particular kinds of arts and learning have flourished in what ages and regions of the world… The occasion and origin of the invention of each art, the manner and system of transmission, and the place and order of study and practice… the principal controversies in which learned men have been engaged… in a word everything which relates to the state of learning.’

Although the aim of Bacon and others was to benefit humanity with new practical knowledge, this was still understood within religious terms. For example, Bacon wanted man to control nature not to get one up on God, but to return humanity to a state of prelapsarian unity.

The various ways of producing and interpreting knowledge during Bacon’s time didn’t just generate material benefits; they also created a sphere of freedom. Texts, once in the market and out of monasteries, were open to a wider range of interpretations. With more books in circulation than ever before, the ‘free selection and judgement’ of texts, to quote sixteenth-century scholar Conrad Gesner, was left to readers. This spirit of freedom, combined with systematic learning, formed the wellspring for the early Enlightenment, epitomised by Denis Diderot and Jean le Rond D’Alembert’s humanistic 20-year-long enterprise, the Encyclopédie. Unlike earlier encyclopaedias, which had been extensive collections of disparate information, Diderot’s version hoped to find ‘the general principles that form the basis of each science and each art, liberal or mechanical, and the most essential facts that make up the body and substance of each’.

It was an ambitious endeavour, the pursuit of which eventually led to another moment of ‘information overload’, and a failure to find the much-hoped-for general principles of knowledge. Once again, conditions of epistemic anxiety also gave rise to new solutions, this time in the form of Immanuel Kant’s ‘critical technology’. Referring mainly to the Critique of Pure Reason, published in 1781, Wellmon explains that in trying to address the problem of growing epistemic confusion and anxiety, Kant decisively limited knowledge to the phenomenological realm and located its unifying principle within human reason – a universal faculty of which each individual possesses. He thus laid the intellectual basis for a new form of knowledge, as well as a ‘technology’ of knowledge production – the modern research university. For Wellmon, Kant’s breakthrough was to ground the authority of knowledge in human reason, rather than in something external to humans. This is an exemplary achievement, a crowning glory of Enlightenment humanism.

Kant’s ideas influenced his philosophical peers like Friedrich Schelling and Johann Fichte, and were taken up by Wilhelm von Humboldt, who played a significant role in Prussian culture and public education in the early nineteenth century. Humboldt shaped the institutional practices and ethos at the University of Berlin and others along Kantian lines. Humboldt’s idea of the university exemplified the modern research university, an institution dedicated to producing both disciplinary knowledge and the disciplinary scholar. Epistemic authority was to be located in the institution of the university, and, to maintain this authority, universities required academic freedom. Humboldt argued that the state’s duty was to provide financial and administrative support, but to stay out of knowledge production itself. Wellmon concludes:

‘The research university became a vital institution of modernity not because it had a monopoly on the materials and technologies of knowledge, but because it provided ethical and normative resources for making sense of them. This was its primary purpose in the past. And we would do well to let it guide us into the future.’

Organizing Enlightenment is perhaps more interesting than compelling, but it’s central message is vital: knowledge is not information, and the way it is produced is not just an epistemological question – it is also a moral and ethical one.

Alka Sehgal Cuthbert is reading for a PhD in the philosophy of education. She is a member of the Institute of Ideas Education Forum.

Organizing Enlightenment: Information Overload and the Invention of the Modern Research University, by Chad Wellmon, is published by Johns Hopkins University Press. (Order this book from Amazon(UK).)