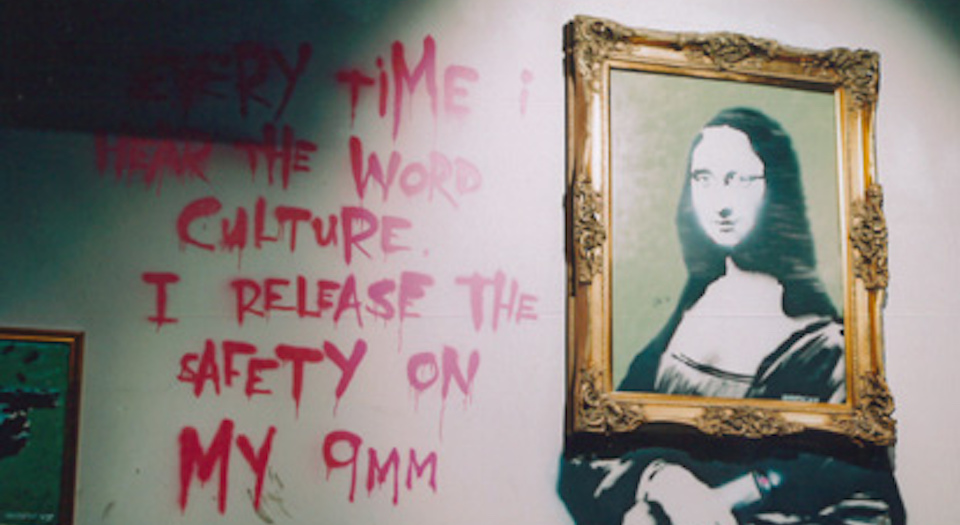 Hewison’s account is very critical of the managerialism and instrumentalism of New Labour arts policy, with its promotion and management of what was variously called ‘Cool Britannia’ and ‘Creative Britain’. Back then, the advisers and ministers – working in the newly set up Department for Culture, Media and Sport (DCMS) – enthusiastically talked up the potential of the creative industries to transform the British economy and boost social inclusion.

At the time, only a handful of people were sceptical about this grand new project and the false expectations it raised. But scratch the surface and it became clear that the earnings of the creative sector were being shamelessly boosted for effect; the social goals attached to arts policy, including social inclusion and multiculturalism, tended to promote tokenistic exercises at the cost of high-quality work; and the oversupply of arts centres across the country meant many of them were likely to fail.

As the policy unwound, some of the problems became obvious. The DCMS’s inflated statistics were not easy to reconcile with those published by other government departments, like the Department of Trade and Industry. Worse still, many of the government-funded galleries and art spaces, like Sheffield’s National Centre for Popular Music, proved to be white elephants, with few visitors and ever-rising running costs and debts. Many were closed down.

The opening of the Millennium Dome in London put the shallow heart of New Labour arts policy in full view. It was a big, boastful project, but it was of little artistic or cultural worth. Hewison explains the failure of these new government-funded art institutions as one of ‘too many chiefs’. However, this bureaucratic expansion was only a symptom of the instrumentalism and bean-counting at the heart of arts policy. Galleries and museums that had been greatly subsidised, and relieved of the need to charge the public for entry, were overwhelmed with demands to justify their spending through increasingly detailed and onerous targets and assessments.

In 2005, the DCMS admitted that it had over-emphasised the importance of targets for arts organisations, and warned that organisations were losing sight of what it was they were supposed to be promoting. This shift in outlook was influenced by two policy wonks from the think-tank Demos, Geoff Mulgan and John Holden. Hewison largely repeats their arguments here. However, while Hewison, like Mulgan and Holden, is a keen observer of the snarl-up in arts policy, he doesn’t get to grips with what led things to go so wrong. For the most part, Cultural Capital only sets out the arguments and paradoxes of arts policy of the time.

In his discussion of the instrumentalisation of arts funding, Hewison does put his finger on the problem: that government demands for art to do good don’t necessarily produce good art. However, Hewison confuses this point. Rather than judge art on an instrumental basis, he draws on Holden’s idea of ‘cultural value’. Here, Hewison’s argument gets bogged down in a discussion of how to value the arts.

The source of the problem was that the government wanted to measure the success of its investments in art organisations, despite the fact that those it was funding did not make money – hence why they needed to be subsidised. One of the major flaws in DCMS policy of the time, was that it was piggybacking the case for unprofitable arts expenditure on the idea that the arts were making a contribution to the economy. What it didn’t say was that the arts sectors that were making contributions, like fine art, novels, film, graphic design and the West End, were those that did not need public subsidy.

There is a case to be made for state funding of unprofitable arts sectors, like opera, arthouse cinema, the National Theatre, public fine-art galleries and, most valuable of all, public libraries. But it is not an economic case. Hewison seems nervous of the idea that art should be for its own sake, but this is the only way in which unprofitable art can justify itself. Understandably, governments find it hard to grapple with something that cannot be set out in figures, but you can only really assess the value of art on its own terms.

One of the great things about Hewison’s previous books, which explored the artistic scenes of the 1940s, 1950s and 1960s, was their chatty and intimate accounts of the works and lives of artists. But the focus here on arts policy means the book becomes staid; he has very little to say about the work of the Young British Artists, and rather too much to say about the policy wonks and administrators. While Damien Hirst is paraded about as an illustration of the wickedness of the art market, we learn nothing of contemporary artists like Sarah Lucas and Gillian Wearing, or writers like Zadie Smith, Ross Raisin, Paul Kingsnorth and Sarah Hall. Readers looking for more of an insight into artists, rather than the arts funding, should look to Gregor Muir’s Lucky Kunst, Matthew Collings’ Blimey or Rosie Millard’s The Tastemakers.

In an attempt at even-handedness, Hewison takes a pop at Lib-Con policy after Labour’s defeat in 2010. But here Hewison’s polemical points miss their targets. He rubbishes the build-up to the London 2012 Olympics, repeating jeremiads from Iain Sinclair, Owen Hatherley and Richard Seymour, only to admit that the Games were, in the event, a great success. He also claims Lib-Con cuts in arts subsidy damaged the creative industries, only to admit that theatre takings, for example, actually rose during the recession.

Hewison’s Cultural Capital is a valuable addition to the debate, full of insight and inside knowledge. But the whole story of ‘Creative Britain’ remains to be told.

Cultural Capital: The Rise and fall of Creative Britain, by Robert Hewison, is published by Verso Books. (Order this book from Amazon(UK).)