Roosh V is a saddo, not a threat

The pick-up industry feeds on the fear of emotional rejection. 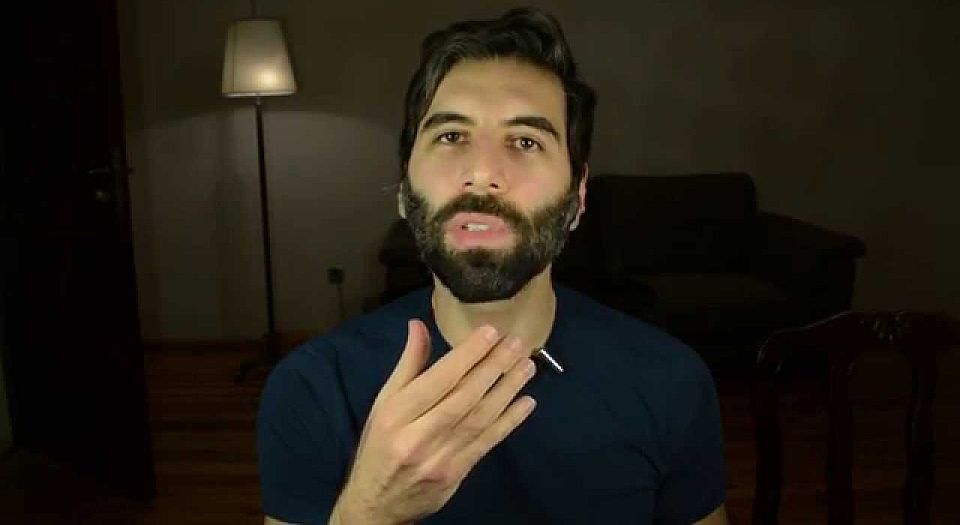 Well, who would have thought it? The pick-up industry has produced another tosser. Daryush Valizadeh, or Roosh V as he calls himself, hit headlines last week when a petition was launched calling on Amazon to stop selling his books. A separate petition was then launched to prevent him from entering Canada. This is all because one of Roosh V’s books actually argues for the legalisation of rape on private property, which he imagines will make women take more responsibility for their sex lives.

A quick perusal of Roosh V’s YouTube channel reveals that he belongs to what is arguably the most pathetic political movement on the planet: the men’s rights movement. This merry band of saddos believes that the world is being controlled by a feminist conspiracy that is enslaving men. In one video, Roosh explains that men should never ask women for advice on anything. Apparently, asking a woman about how to get ahead is like telling the enemy where the chinks in your armour are. All woman are good for, he says, is ‘shuffling paper in an office, looking good’ and ‘fucking’.

What a charmer. But, of course, Roosh V is only one of a generation of self-styled pick-up artists who make money teaching other young men how to pick up women – outraging feminists and the authorities in the process. Last year, licentious slimebag Julien Blanc hit the headlines when he was filmed at one of his pick-up seminars encouraging attendees to ‘just grab’ Asian girls as a means of charming them into the sack. Blanc was eventually prevented from entering the UK by home secretary Theresa May. Apparently, May thought the threat posed by Blanc was comparable to that of an international terrorist.

Now, Roosh V, Julien Blanc and the rest of their ilk are utter tools. But the petitions calling on retailers to stop selling their self-published nonsense and governments to prevent them from entering certain countries give them and their work far too much credit. Do these books make men more likely to rape women? Of course not. Those men who do decide to rape women do not do so because an internet nerd told them it was okay. The men reading Roosh’s books are more likely to be lonely, desperate, web-based singletons. These men pose no threat to women. At worst, they might repulse them when they deploy Roosh’s creepy tactics.

So, rather than focusing on Roosh’s loony views on rape, perhaps we should think about what the rise of the pick-up artist says about the state of contemporary intimacy. Today, the process of picking up women is seen by many as too risky to involve oneself in emotionally. While pick-up artists claim to be masters of charming women, their industry only exists because people are becoming more wary of the emotional risk inherent in the act of seduction. The idea that you might approach a member of the fairer sex, make a prat of yourself and walk away with your tail between your legs is coming to be seen as a needless and terrifying emotional risk. Endless apps, agencies and pseudo-professionals now make money from removing the risk of emotional harm and selling seduction to sad young men as a series of tricks, lines and processes. By attempting to formalise seduction in this way, the pick-up industry strips the human process of charming a woman into bed of all its meaning.

This also has an impact on the way these pick-up artists view relationships. They all refer to ‘getting laid’ as the only desirable outcome of going out to meet women. This American Pie model of sexuality is truly depressing. I’m no prude; both men and women should be free to sleep with as many people as they like. But there is something a little sad about ruling out the possibility that a nighttime encounter might lead to something more substantial than a quick shag. In order to get a woman to stick around you have to reveal a bit of your real personality, but this is something pick-up artists actively discourage.

The most pathetic thing about Roosh V and the mob of self-pitying, insecure oddballs that make up the majority of the pick-up industry, is that they turn a deeply human process into a bland accounting exercise. They are not alone in this regard. Today, the idea of baring a little piece of one’s soul in an attempt to convince someone that you might be worth sleeping with is coming to be seen as risky. Of course, the men reading Roosh’s books are not all potential rapists. But they would do well to ditch Roosh’s nonsense advice, as well as all the other purported ‘guides’ that claim to make charming women effortless. Meeting people is fun, unpredictable and inherently risky, but the rewards of genuine seduction are far more significant than just ‘getting laid’.