This latest therapeutic fad encourages us to retreat from life. 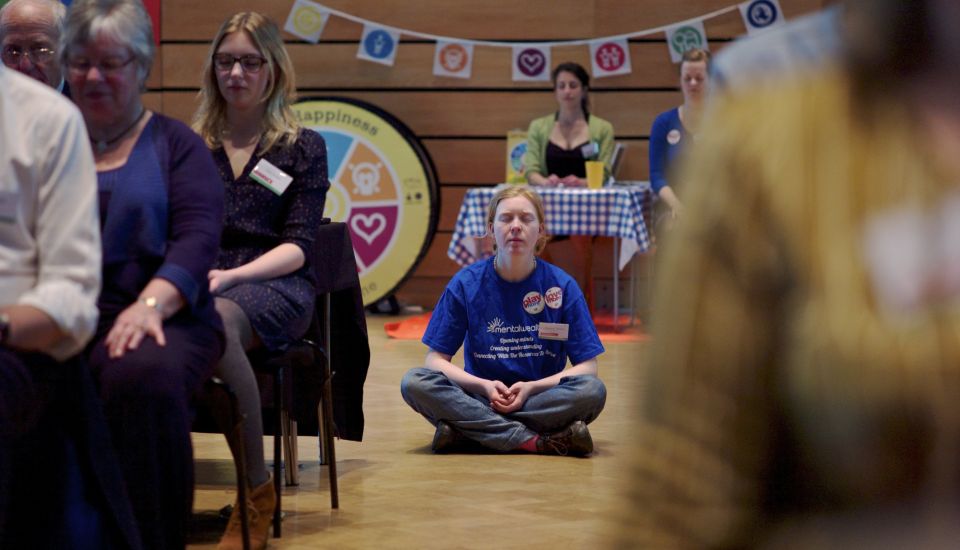 Over the past couple of years, we have witnessed the proliferation of two types of popular therapy books. The first is that regressive epidemic of ‘adult colouring-in books’, which promise to teleport their users into a serene state of ‘harmony, balance and tranquillity’. The second is the glut of literature promoting ‘mindfulness’ in order to achieve inner calm.

Popular mindfulness guides encourage readers to embrace silence; experience our natural surroundings; think of ourselves as insignificant beings; calmly accept one’s feelings; escape the suffocating clatter of everyday life; and re-think our thoughts. ‘The emphasis is on being in the world rather than judging and acting upon it’, as Rosamund Cuckston has noted elsewhere on spiked.

Meandering through a bookshop in Dover on Saturday, I chanced upon a publication that stopped me dead in my tracks. It was entitled Silence Your Mind: Improve your happiness in just 10 minutes a day with this new approach to meditation. Its contents confirmed my suspicions of the whole mindfulness cult itself: that it’s less about finding peace, and more about seeking sedation and self-abnegation. Rather than embracing life, mindfulness encourages us to retreat from life, and its emphasis on ‘acceptance’ and humility betrays its passive, patronising creed.

Mindfulness has been accredited with alleviating or even curing many life-debilitating conditions, such as stress and depression. This I can believe, because mind-deadening pharmaceuticals can do the same. Mindfulness is lobotomisation by proxy. A more accurate title for these self-help books would be How to Become a Zombie.

Like everyone, I find life trying, difficult, stressful and upsetting at times. This is the essence of existence. Many people turn to self-help books because they’re in thrall to the happiness myth, which the therapy industry itself helped to create. This is the illusion (abetted by advertising and consumerism) that we can all reach a stable plateau of serenity and contentedness. The most terrible consequence of the happiness illusion is the current predilection for young, healthy people to seek euthanasia in Switzerland or Belgium, feeling they can’t abide life any more.

Mindfulness is an alternative to living, not a way of living. Like drugs or drink, it is a refuge for people who feel they have failed at life, or that life has failed them. This is because they bought into the happiness myth in the first place.

The best way to achieve happiness is not to seek it. A happy life shouldn’t be a goal, but a consequence – of work, industriousness, creativity, taking up hobbies (I can’t recommend teaching yourself a foreign language highly enough), eating well, keeping busy and bringing happiness to others.

It’s a tainted phrase, but work really does set you free. A better mind comes about not through thinking, but by doing, interacting with other people and the world outside, rather than fruitlessly turning in on one’s self.

The perils of naming your children

According to an Office for National Statistics report this week, there is an increasing trend among parents to apply their own idiosyncratic spelling when naming their children. For instance, Darcey, after the prima ballerina and Strictly Come Dancing judge, Darcey Bussell, is surging in popularity, but is spelt variously as Darcy, Darcey and Darcie. I’d already noticed Jayceson, Mykel and Emilee, and, by coincidence, on Monday evening I was served by a young woman at Sainsbury’s whose name-tag indicated ‘Darcie’.

As Ed West (yes, a relation) noted a few years back, the trend for idiosyncratic name-spelling has become a feature of working-class culture. I don’t think it’s connected with illiteracy. Rather, it pertains to making a counter-bourgeois declaration of individualism. After all, the upper class and super rich also don’t adhere to middle-class values: consider the late Paula Yates, who named her offspring Peaches, Pixie, Fifi and Heavenly. The aspirant, respectable middle class still play it safe with Oliver and Jack, Amelia and Olivia.

Yet there can be something selfish about using your children to make a statement about your wonderful eccentricity. One woman’s exoticness is another’s pretentiousness. No wonder David Bowie’s son decided to change his name from the idiotic-sounding Zowie Bowie to the plodding Duncan Jones.

The worst types are parents who employ their children to ostentate their liberal-left credentials (like calling your cat Chairman Meow). Consider that metropolitan favourite, Atticus, after the hero of Harper Lee’s To Kill A Mocking Bird. It’s bad enough being lumbered with that silly moniker, but, after the revelations in the recent sequel, Go Set A Watchman, young Atticuses will now have to live with the knowledge they were also named after a racist.

Dover always reminds me of Belfast. Both places still bear the scars of bombing campaigns (both by the Luftwaffe and Belfast also by the IRA), with much charmless architecture replacing their fine Victorian heritage. Both have a poor reputation, although Belfast has reversed this in the past 20 years. On account of their towns’ poor reputations, the residents of the two places are very friendly to strangers in shops and restaurants, keen that you leave with a better impression.

Dover is in the headlines for the wrong reasons at the moment, it being the ferry destination for lorries potentially carrying illegal immigrants. Like Margate further up the coast, it was hit hard by the recession, and only this year have businesses started to fill up those vacant premises on the high street. What’s more, the much-hated Burlington House, an architectural blight of the first order, is being demolished at last.

Down the coast, Folkestone – a forlorn town 20 years ago – has transformed itself miraculously thanks to the Channel Tunnel terminus there and investment from the Saga Charitable Foundation. The revival of the now charming Old High Street and the opening this month of the Harbour Arm is evidence of this. Folkestone is now a place people go to, not through, when ferries to Boulogne used to sail from there. Margate has been revived by its Turner Contemporary art gallery, opened in 2011. Let’s hope the demolition of Burlington House will likewise hasten Dover’s improvement.

We need not abandon ‘failing’ towns that have hit hard times, as The Economist argues. I’ve seen firsthand how the seemingly moribund can come back to life. And what unites all these east Kent towns is that they are served by high-speed train service HS1, which since 2009 (and with much greater regularity this year) has brought as much money, business, home-owners and visitors into the region as it has commuters out of it. Opponents to HS2, please take note.