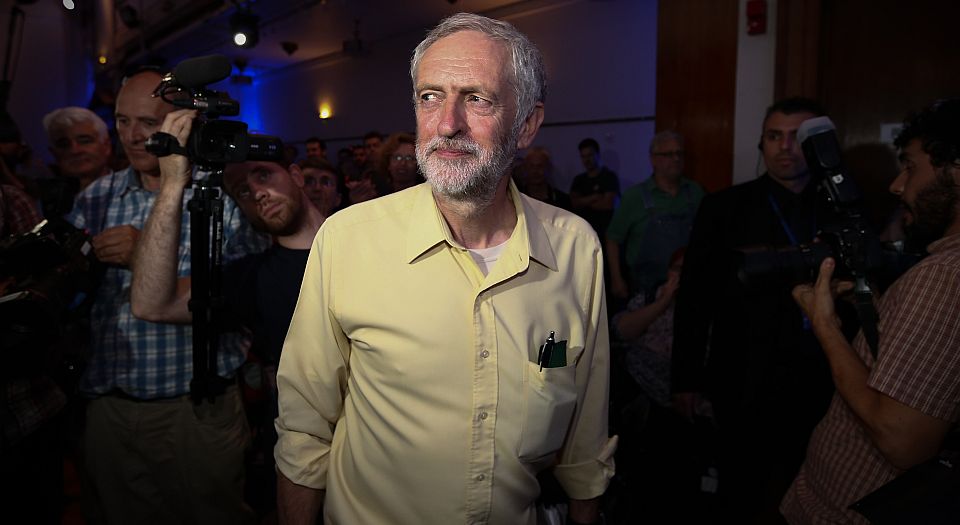 With his plain and pious words about peace, equality, disarmament and solidarity, and his devout, priestly demeanour, it’s no wonder Labour leadership hopeful Jeremy Corbyn cuts something of a messianic figure. Whereas that buffoonish demagogue Russell Brand only looks like Jesus Christ, our evidently sincere JC does have more of the aura of an earthly saviour, a man many entrust to perform miracles. Yet, as experience tells us, devotional fervour can easily tip over into hysteria.

This week, Alastair Campbell said that the current eruption of ‘Corbynmania’ was akin to ‘what happened when Diana died’. Worse still, popular delirium can foster a herd mentality that leads to the persecution of dissenters and opponents. This is especially the case when a movement’s mentality is half-detached from reality. Protecting benefits, ending austerity, raising taxes on the wealthiest, abolishing university tuition fees, reopening coal mines: Corbynomics is basically the equivalent of saying ‘wouldn’t it be great if all this Monopoly money was free?’.

On Tuesday, Rachel Sylvester of The Times remarked on ‘the online Corbynite bullies who describe the supporters of other candidates as “fascists”‘. This doesn’t surprise me. Twitter and the comments section of the Guardian confirm Sylvester’s observation. And as a Guardian profile of Corbyn noted this week: ‘Labour’s grief-fuelled madness [represents an] angry backlash at the party leadership for the mistakes of Blairism’; and Corbyn’s creed of Bennite socialism represents the ‘long overdue awakening by the true keepers of Labour’s soul’.

The Corbynite movement’s heady cocktail of mesmeric utopianism and intemperate self-righteousness against the evil, selfish Tories and impure Labour apostates is borne out of a sense of grievance. And no one does sanctimonious fury better than resentful, self-styled victims – of capitalism, globalisation, privatisation and David Cameron and his rich Etonian pals and chums in the City.

In this respect Corbyn (who by all accounts is a pleasant man) is a successor to that bellowing clown George Galloway – a man who neatly combines plenty of pleasing anti-military, pro-equality platitudes with obnoxious behaviour and dubious remarks about Israelis. The Corbynistas are comparable to the Socialist Workers’ Party or the Scottish National Party, organisations that tick all the nice, obligatory leftwing boxes, yet whose shouty hardcore are likewise renowned for their bullying and hooliganism.

This mindset also afflicts today’s pietistical, aggrieved feminists, who not only want to censor anything that might further belittle their poor old selves, but also who are especially antagonistic towards women who dissent from their belief in ‘everyday sexism’. And it’s no coincidence that the most hideously intolerant and violent of all these groupings, the Islamists, are also those who have nurtured the most monstrous sense of self-pity and injustice – against the West, women and those two successful states, the USA and Israel. They also possess the strongest beliefs and a sense of unshakeable righteousness. To paraphrase Yeats, the worst types are always full of passionate intensity.

And the best lack all conviction. The paradoxical thing is that in politics, you barely ever get any of this belligerent carry-on from traditional conservatives, those supposed ogres who are meant to be horrid and uncaring. This is because traditional conservatives are pragmatists and empiricists who aren’t spurred on or shackled by ideology (as opposed to neocons, neoliberals and right-wing libertarians, who are ideologues). Conservatives don’t become enraged when people don’t adhere to their dogma or fit into their vision of the world – because they are free from dogma and ideology in the first place. Appreciating, too, that humans are flawed and that life can just be unfair sometimes, they are also not given to a sense of victimhood.

The more idealistic and the more conspicuously compassionate is a voter, the more unpleasant and intolerant he or she is likely to be. As Nietzsche – that arch-idealist – wrote in Thus Spoke Zarathustra (1883): ‘Alas, where in the world have there been greater follies than with the compassionate? And what in the world has caused more suffering than the follies of the compassionate?’ We should forever beware the believers and braggarts who loudly profess to care.

Welcome to the anarcho-libertarian Olympics

What with the seemingly endless stream of revelations about doping among professional athletes, isn’t it time to end the ‘war on drugs’ in athletics? There should be an alternative ‘anarcho-libertarian Olympics’, in which contestants are allowed to inject, ingest or snort performance-enhancing substances to their hearts’ content. It would be highly entertaining to see the 100 metres won in five seconds or super-human weightlifters with biceps the size of Belgium. Athletes could also employ limitless prostheses, such as a bionic arms for the javelin, powered exoskeletons for the boxing or spring-loaded stilts for the sprints. It could be like a real-life Wacky Races.

This being an anarcho-libertarian Olympics, there of course would be no ambulances on hand if a contestant overdosed or broke his neck, and no police to monitor the crowds. After all, we wouldn’t want the dreadful, deadening hand of the state involved now, would we? The affair would make for an interesting political experiment by proxy.

The actor George Cole, who died last week, gave us one of television’s most memorable characters, the loveable chancer Arthur Daley. But Minder will also be remembered for a persona we never actually saw: Arthur’s wife, or ‘’er indoors’.

There is a long tradition of nagging, invisible wives on television programmes. Detective Columbo often refers to his wife, but we never see her. Captain Mainwaring from Dad’s Army is famously henpecked, yet his other half never appears. Norm from Cheers constantly grouses about Vera, as does Frasier’s Niles Crane about Maris, yet both remain unseen.

Such outrageous ‘everyday sexism’ surely won’t do. Last week I wrote about L’Étranger re-imagined with the hitherto silent Arabs given voices. Isn’t it about time Minder was remade now, with ’er indoors given a name, face and a voice?