The Premier League may not be the best, but it’s definitely the most overrated. 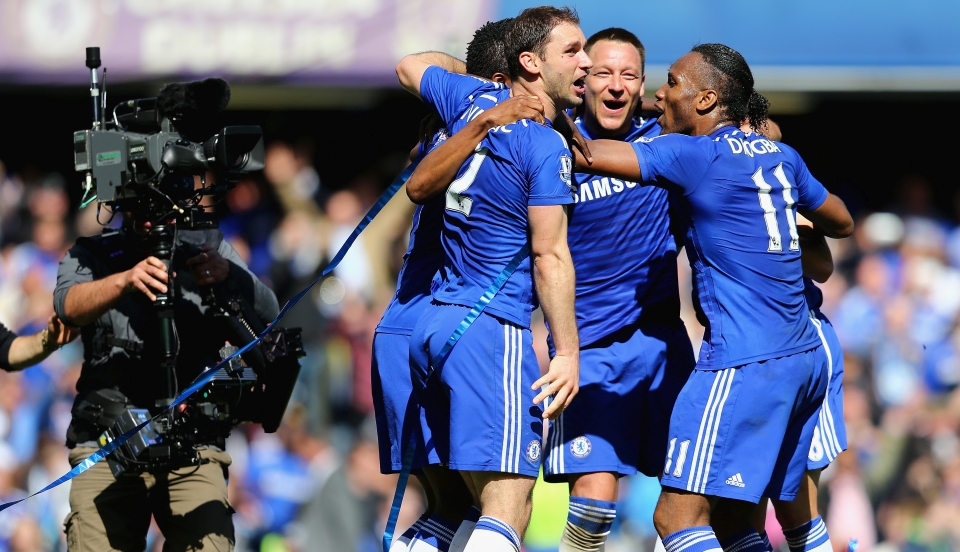 After months of waiting, twiddling our thumbs through Wimbledon and the Ashes, it’s finally here: the dawn of the 2015-16 Premier League season, our nation’s cash-stuffed, sporting pride and joy. The unstoppable hype train will now roll into town, mowing down every trace of rational footballing debate along the way. With the help of its long-time, official broadcaster Sky, the Premier League has been held up as the ‘greatest league in the world’, no ifs, no buts. What was once merely an opinion has now become law.

Stuck for an example of the one-sided romanticising of the Premier League? Look no further than Sky’s latest advert hyping the return of the competition, featuring Arsenal legend Thierry Henry. It begins with Henry, who still has all his Renault-Clio-touting swagger intact, intoning, ‘They said, “Thierry, is this the best league in the world?”’. Never mind the fact we already know what the answer is going to be, Sky then proceeds to bash us over the head with reels and reels of vintage Premier League footage. Frank Sinatra croons in the background for added dramatic effect, while Henry marches across pockmarked pitches of yesteryear, reliving some of the greatest moments in the league’s history. As this 80-second parade of famous celebrations and 20-yard screamers draws to a close, the camera cuts back to Henry. ‘My friends’, he purrs, ‘this is the best league in the world’. He smiles down the camera for good measure.

Because, setting aside our rose-tinted, Sky-sponsored glasses for a moment, it is clear there is a huge lack of tangible evidence to suggest the standard of football on these shores is indisputably better than anywhere else in the world. In fact, it seems that with every passing year, the case for the Premier League becomes less and less convincing. We’re running out of arguments quicker than Arsene Wenger loses his patience with Jose Mourinho.

The case for the Premier League being the best has certainly been easier to make in the past. During the first decade of the 21st century, England’s best teams dominated the Champions League. Between 2004 and 2009, at least one English outfit reached the final. Off the back of a series of dreamlike European evenings, the argument was simple: ‘We dominate the Champions League year in, year out. That’s proof the Premier League is far and away the best league in the world. Spain, Italy and Germany can sod right off.’

Then, suddenly, the fortunes of Premier League teams in Europe took a nosedive. Following Chelsea’s shock win over Bayern Munich in the 2012 final, no English side has ascended to the pinnacle of the European game. With English teams regularly outclassed in European competition, Sky and Co had to find another way to argue that the Premier League outstrips its continental counterparts.

Following Sergio Aguero’s last-gasp winner that shot Manchester City to Premier League glory on the last day of the 2011-12 season, they found it. Rather than accept the fact the other top European leagues may actually be pretty good too, the Premier League is now being marketed as the most entertaining in the world, complete with a highlight reel that’s meant to generate enough excitement to leave us soiling our trousers in sheer joy.

Here’s where the issue lies. The greatest thing about the beautiful game is the spirited debates it inspires. Football fans love to squabble over trivial details. But Sky, and more recently BT, leave no room for debate. The chase for subscription fees and viewing figures has left football a soulless affair. We can watch the likes of Bayern Munich, Barcelona and Real Madrid assemble footballing dream teams that compete for the top prizes in European Football, year in, year out. We can ‘ooh’ and ‘aah’, as they play beautiful, deadly football far superior to the best sides in England; but then we have to pinch ourselves and remember this, the Premier League, is the best league in the world. After all, Thierry said so.

Shingi Mararike is a sports writer and graduate of the Young Journalists’ Academy. Visit his blog here.