The legal tyranny of gay marriage

When judges get to rule on political issues, the demos loses out. 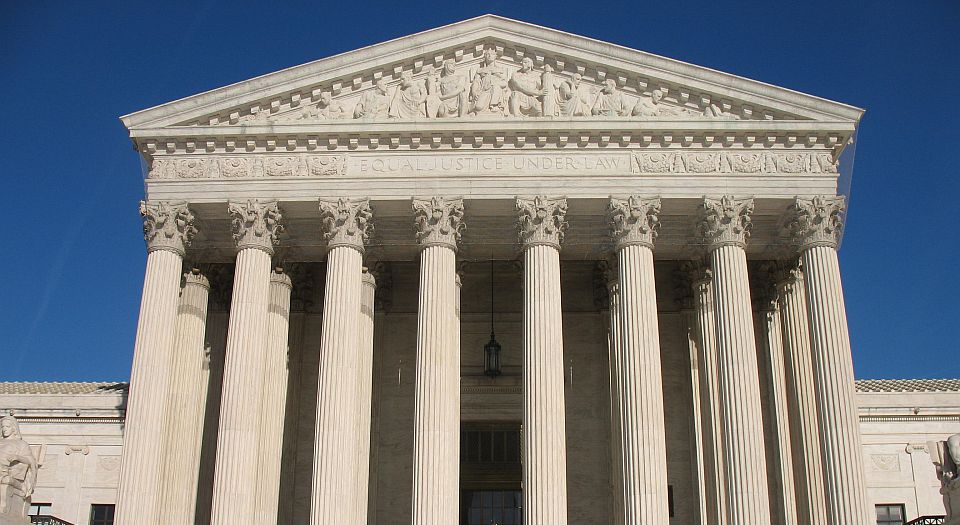 Last week, public policy on gay partnership changed for 820million Europeans, whose governments may now be required to offer legal rights to gay couples. This profound change in the moral landscape of Europe was not the outcome of a public debate with campaigns, meetings, manifestos, votes and national legislatures passing new laws. This change was declared as a matter of law.

Seven judges sitting in the European Court of Human Rights made this new declaration, and while the judgement was directed at the Italian government in particular, the new legal framework this ruling has produced will be equally applicable to all 47 European democracies that are members of the Strasbourg court. Whether or not having gay-partnership rights is a good or bad policy – many European states do not have them – is no longer relevant. It is now a legal issue that has to be determined within a legal framework, not a political issue to be determined by the public.

Similarly, public policy on gay marriage changed last month for 322million Americans, as it was ruled that all US states would be required to make gay marriage available to their lesbian and gay citizens. This change was, similarly, declared as a matter of law, by nine judges sitting in the US Supreme Court. As a result, gay marriage in the US is now a legal, rather than a political, issue.

The drive to put issues of public policy in the hands of the judiciary is not confined to gay rights. In Europe, issues like prisoner enfranchisement, corporal punishment and even differential car-insurance premiums are determined by European law. By signing up to the European Court of Human Rights, the UK government has ensured that many public policies are now beyond public determination. But the UK’s own courts have also been happy to expand the ambit of their powers, with or without the help of European treaties. Recent issues that UK courts have accepted a right to rule on include assisted suicide, welfare benefits and a plethora of tolerance disputes involving crucifixes, guesthouses and ‘gay cakes’.

Across the whole of Western society, the relationship between politics and law has been changing in recent decades. A growing number of issues is now being resolved by judges. Issues that were once seen as purely political, to be resolved in a democracy through public debate, are now seen as matters of law, to be resolved in the courtroom on the basis of submissions made by lawyers. When members of the public do enter the debate, their engagement is often limited from the outset by arguments about what the law does or doesn’t allow. On issues of public policy, the blank sheet of paper for the public to write on is no longer blank – it comes with boundaries drawn by judges, which limit, by law, the range of permissible outcomes.

Law is expanding and politics is contracting. But why? This is not, as some contend, due to the personal desires of judges to increase their powers (although a lot of them seem pretty comfortable with the new powers they’ve received). Judges are merely using the powers that politicians have given to them. And, apart from recent tensions between the Conservative Party and the Strasbourg court, there is no drive from Western politicians to strip back judicial power. Nor is this development down to the fact that ‘today’s judges grew up in the questioning and disrespectful Sixties and Seventies’, as the UK’s Supreme Court president, Lord Neuberger, recently contended. Instead, the rise of judicial power is a product of Western politicians’ inability to gain popular support and govern their countries’ affairs with leadership and conviction.

In a democracy, politicians draw their support from the people. They need to win the argument with language, principles, values and policies that enthuse the electorate. This requires political leadership, honesty and a coherent programme for moving forward. But it is evident that Western politicians have found it increasingly difficult in recent decades to win over the electorate. Nowadays, elections on both sides of the Atlantic tend to be won by the party that is the least unpopular, rather than by a party with enthusiastic majority support.

Rather than confront this, politicians have encouraged judges to exercise more powers. The legislatures of Canada, New Zealand and the UK have all given their judiciaries considerably more power over the past 30 years by passing Bills of Rights that enable judges to treat political issues as legal ones. And membership of the European Court of Human Rights, which has frequently meddled in political affairs, continues to expand. Moreover, politicians in the Western world do not tend to complain when judges change their public policies by force of law. Even the Conservatives have not committed the UK to withdrawing from the European Court of Human Rights and they pledged in their General Election manifesto to continue judicial oversight of political issues by introducing a new British Bill of Rights.

Judicial power has increased in response to the inability of politicians to connect with the electorate. Judges, by contrast, do not need to win popular support. Few of the 820million European citizens whose laws on gay partnership may now have to change will have heard of any of the seven judges who gave last week’s judgment. Anonymity can be an advantage to judges; as Lord Neuberger put it, ‘the very fact that judges are unelected and have security of tenure means that they can make the unpopular… decisions’.

Judges draw their power, not from the people, but from legal precedents. Moral courage and political principle can be a handicap for judges, as they need to be apolitical. As Justice Antonin Scalia noted of the US Supreme Court’s gay-marriage ruling: ‘Judges are selected precisely for their skill as lawyers; whether they reflect the policy views of a particular constituency is not (or should not be) relevant.’ In the UK, Lord Neuberger made a similar point when commenting on his experience of ruling on moral issues such as assisted suicide: ‘These decisions are difficult, partly because the judges may have personal feelings one way or the other. The rule of law involves every judge seeking to put aside those sorts of beliefs and prejudices and deciding the case according to the law.’

Investing what is, in reality, a political decision with the authority of the law is a powerful way of silencing debate. Once the law has spoken, there is little argument to be had. Furthermore, once a political outcome is said to be unlawful, any discussion inevitably centres on what the law requires or allows, rather than what is right or wrong. Lawyers are empowered as everyone else is disempowered.

Ceding legislative power to judges is a convenient strategy for discombobulated politicians who are losing their ability to connect with the electorate. Winning hearts and minds is unnecessary when issues are determined by judges. Indeed, the ultimately coercive nature of law means that citizens can be subjected to unpopular policies against the collective will, if that is what the law requires.

Whenever a political issue is transferred from the court of public opinion to a court of law, democracy is harmed. And there are now few legal limits on the type of issue that can be determined in court. But by allowing this to take place, politicians also demean their own status – they are relegated to the sidelines, left either to cheer decisions they like (such as, in many cases, gay marriage) or boo decisions they don’t like (such as prisoner enfranchisement).

By accepting jurisdiction to rule on the issue of gay partnership, the European Court of Human Rights and the US Supreme Court have dealt significant blows to Western democracy. This is not about whether these rulings were right or wrong – it is about the public being denied the right to make their own judgements on these issues free of legal restraint.