How egalitarianism became a microaggression

Refusing to believe in race is now treated as a form of racism. 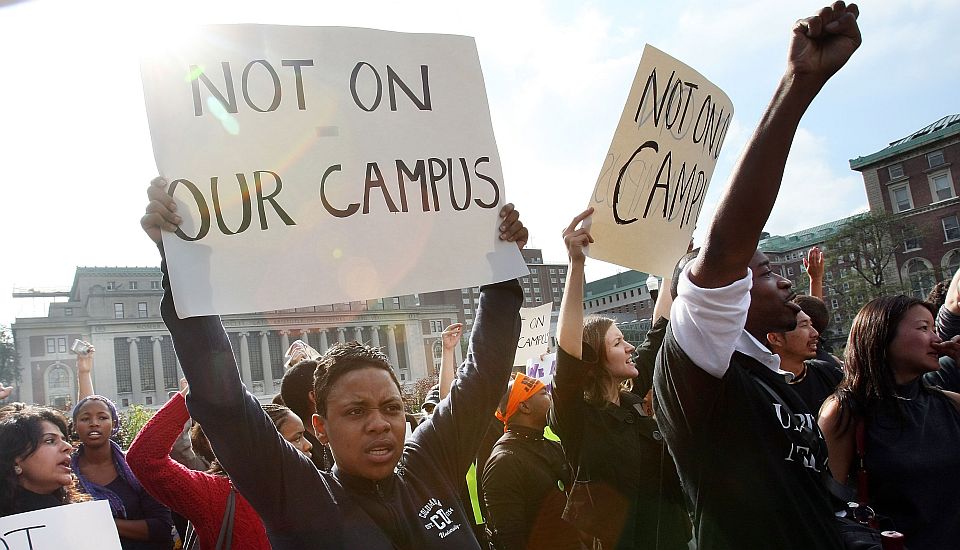 Racism ain’t what it used to be. Time was, if you were racist, you bloody well knew it. It was a conscious thing; a toxic belief in your own superiority over people who happen to have a different skin colour to you. No more. In an age when schoolchildren’s playground banter can be chalked up as a ‘racist incident’, and TV presenters are pilloried for mumbling un-PC nursery rhymes, racism has become recast as a kind of bad etiquette, where merely saying the wrong thing, even unintentionally, is enough to mark you out as a moral leper.

Now, to the ever-growing list of what’s racist we can add refusing to believe in the completely constructed and repulsive category of race in the first place. At the University of California, Los Angeles (UCLA), staff are being told that statements such as ‘I don’t believe in race’, ‘there is only one race, the human race’ and ‘America is a melting pot’ are no longer acceptable. In official UCLA guidelines uncovered by College Fix, all of these statements are branded ‘microaggressions’ – offhand comments or social slights which, the UCLA literature says, ‘communicate hostile, derogatory or negative messages’ to marginalised groups. That’s right: at this university, if you don’t believe in race, you’re probably a racist.

And it’s not just UCLA. The desire for a ‘colourblind’ society, the sort of society that Martin Luther King hoped his children would one day inherit, is now seen by anti-racist campaigners on both sides of the pond as a cover for unconscious ignorance. ‘By professing not to see race, you’re just ignoring racism, not solving it’, wrote Zach Stafford recently in the Guardian. Another handwringing article, at Everyday Feminism, argues that ‘colourblindness invalidates people’s identities’. Meanwhile, it’s become common for censorious student campaigners to suggest that those who refuse to accept that we’re all, in the end, different, are ‘secretly racist’. Today, even MLK would be seen as ‘part of the problem’. Who knows? He might even be No Platformed.

The rise of microaggressions offers an insight into how this hideous contortion of anti-racism has taken place. Colleges across the US, including Oberlin, Carleton, and Willamette, maintain hefty lists of forbidden phrases, while Ithaca College has even instituted an anonymous reporting system. It’s starting to catch on in the UK, too, with whiteboard campaigns – where black and Asian students display the microaggressions that white students have uttered to them – springing up at various students’ unions.

More often than not, what amounts to a microaggression is little more than clumsy curiosity – from asking where someone is ‘from from’ to asking to touch their hair. It’s not cool, but it can hardly be called racist. And the idea that a few grating comments amount to a form of structural oppression only belittles minority students’ ability to navigate the public sphere.

On the surface, this might all seem like panto student politics – an attempt to replay the political battles of old rather than get to grips with the new challenges that face us. But there’s something deeper going on here. Today’s anti-racist crusaders are the children of multiculturalism, brought up on the idea that we are all defined by our culture, our background and our experience, and that we must be sensitive at all times to just how different we are.

It is in this atmosphere that identity politics and the toxic cult of victimhood have been able to turn old egalitarian ideals on their head. If we accept the idea that our identity shapes who we are, and that social slights amount to a cage-like oppression, than we can never truly understand one another. The mantra of anti-racism today is that of ‘racial consciousness’ – the idea that white people, in particular, should aspire to a state of constant recognition of and deference to the professed victimhood of others. The new fashion for segregated anti-racist marches, in which so-called ‘white allies’ are asked either to stay at home or hang to the back, shows what ‘racial consciousness’ really means – separate but equal.

Saying you want to live in a colourblind society is not a reflection of complacency, or an attempt to claim that you are physically incapable of noticing someone’s skin colour. It’s an expression of the desire to live in a society where race, that political construct, has finally withered away. And this is what really sticks in these campaigners’ craw. In an age beholden to the cult of identity, where you’re ‘from from’ matters more than ever.