Syriza has stabbed the Greek people in the back

Syriza’s undermining of Greek democracy is even worse than the EU’s. 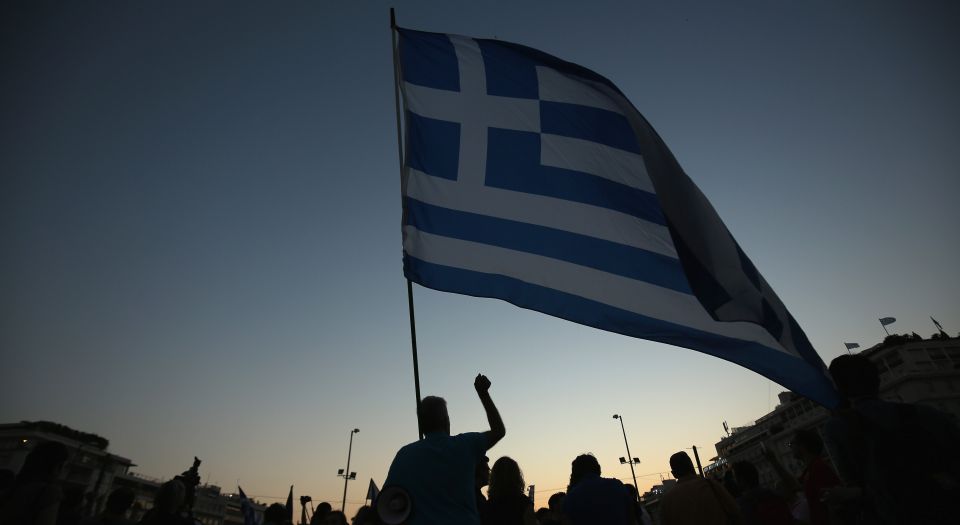 So now we know — it isn’t only the undemocratic, oligarchical EU that ignores the outcomes of referendums and presses on with its political plans regardless of what the oiks think; so do those who pose as critics of the EU, those like Syriza, which is now doing the opposite of what the Greek people asked it to.

Syriza has committed a crime against democratic politics even graver than the EU’s. For while Euro-institutions have always been relatively open about their desire to override the Greek people’s wishes in order to do what is ‘right’, Syriza presented itself as the servant of the Greek people, the pursuer of their democratically expressed desire for less, or ideally no, austerity. Yet now it has agreed to an austerity package even tougher than the one the Greek people rejected in a referendum just a week ago. The dishonesty is breathtaking, the cynicism stunning. Euro-institutions may have punched the Greek people in the face, but Syriza has done something worse: stabbed them in the back.

There are many backward things about the European Union, from its erection of a Cultural Curtain in place of the old Iron Curtain, separating the civilised west of Europe from the allegedly backward, stupid east, to its strangling of innovation and its dolling-up of modern Europe’s economic sluggishness as eco-friendliness. But the worst thing about the EU has always been its contempt for democracy within nation states, its burning desire to override the democratic impulse with a more streamlined, technocratic form of politics done far away from us, the irritating mob.

And this has expressed itself most clearly in the EU’s ignoring of referendum results. It has continually treated referendums on EU matters as mere performances, a play-acting at democracy whose results can be ignored by those who know better than the plebs. So when the Irish people rejected the Nice Treaty in 2001, their will was ignored. They were made to vote again, were economically blackmailed, and this time they gave the ‘right’ answer. When the Dutch and French peoples rejected the EU Constitution in 2005, they were subjected to abuse by Brussels bureaucrats, and then ignored: the EU Constitution was refashioned as the Lisbon Treaty. When the Irish people rejected the Lisbon Treaty in 2008, they were ignored: then French president Nicolas Sarkozy said the Irish ‘No’ was a ‘blow’, sure, ‘but the EU [should] press ahead with the project’.

In other words, who cares what the people think? Like Mugabe, or Saddam, EU officials view referendums as public-relations exercises, designed to add a lick of pseudo-democratic paint to an already determined path. And so does Syriza. It has now done what its alleged nemesis the EU has been doing for years: held a referendum in order to appear democratic and then promptly ignored the result. Syriza was elected to government in January on an anti-austerity ticket. Last weekend it held a referendum on the severe bailout package proposed by external European powers, which the Greek people roundly rejected, by 61 per cent to 39 per cent. Yet now it is pursuing a course of action worse than what was proposed in the referendum, including passing a quarter of Greece’s national assets to external private forces and allowing the IMF to oversee much of Greece’s economic affairs. The Greek people made a strike for independence; Syriza’s response has been to make Greece a dependant.

So what was the point of the referendum? There was no point. It was PR fluff. A parody of democracy. A sham. Syriza has treated its own people with the same haughty contempt with which Brussels bureaucrats treated the Irish, Dutch, French and others who dared to say ‘No’ to its plans. Except there’s something even worse in Syriza’s snubbing of Greeks’ democratic will, its casual brushing-aside of the Greek democratic impulse. For here we have, not simply an out-of-touch, faraway institution riding roughshod over a people’s will, but an elected government, one which presented itself as EU-critical, anti-austerity and radical, treating the electorate like schoolchildren, who can role-play democracy — bless ’em — but then they must allow the men and women, the teachers, to make the decisions. The impact of Syriza’s cynicism will be huge, both inside Greece and elsewhere.

How can Syriza behave like this? One reason is because many observers across Europe have discouraged honest, open debate about Syriza. Left-wing activists and commentators in particular have virtually beatified Syriza in recent years, treating it as a pure, brave, untouchable party, carrying in its heart the hopes of radicals across the continent. Precisely as a consequence of the exhaustion of left-wing politics across Europe, and the intellectual bereftness of those who consider themselves radical, many leftists invested their hopes in Syriza, seeing in this Greek outfit the thing they felt was lacking in their own nations and lives: a spark of resistance. And they couldn’t let reality interfere with this fantasy — the reality that, far from being anti-austerity, Syriza is green and anti-economic growth; the reality of its longstanding desire to stay put in the EU; the reality of its innate, Eurozone-protecting conservatism, which no amount of leather jackets, motorbikes and Karl Marx quotes could disguise — unless, that is, you’re a European leftist so desperate for signs of a left revival that you will park your critical faculties and cheer anyone who has a degree in Marxian Studies from the LSE. This Europe-wide, left-wing fantasy of Syriza undoubtedly helped it to shore up its seemingly radical rule even as it planned to ignore the Greek people and sell their nation to outsiders.

What Syriza’s anti-democratic behaviour demonstrates is that all sides want the EU to remain intact, from Merkel downwards, from the political class of relatively well-off France to the political elites in poor Greece. Why? Because the EU is a convenient, bureaucratic hiding place; a place where economic and political truths too hard to face up to can be obfuscated and disguised; a place where elites tired of dealing with us, their publics, can just deal with each other instead. Those who fantasied that the EU could be done in by the likes of Syriza have had a rude awakening. It will take a lot more than this dishonest outfit to finish off the undemocratic, authoritarian EU. It will take, first and foremost, more honesty and a lot less fantasy.