No, science doesn’t have a ‘woman problem’

Ignore the crusaders against Tim Hunt — women are thriving in science. 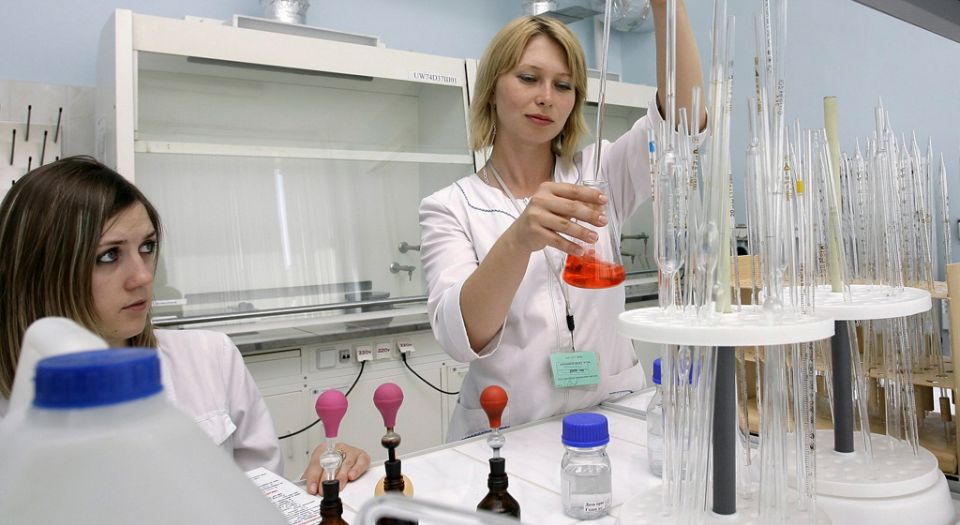 The seemingly interminable dissection of Nobel laureate Sir Tim Hunt’s remarks about women scientists falling in love and crying in labs raises important questions about academic freedom, women in the workplace, and the influence of Twittermob feminism. Does academic freedom permit scholars to speak beyond their own narrow areas of expertise? Weren’t Hunt’s comments simply a bad joke, and shouldn’t he be judged on his academic record, rather than his sense of humour? Given he met his wife, the leading immunologist Professor Mary Collins, in a lab, is there some truth in his statement?

A growing band of Nobel Prize winners and high-profile scientists, including Richard Dawkins and Brian Cox, has come out in support of Hunt and publicly criticised University College London (UCL) for putting him under pressure to resign his honorary professorship. In turn, this group has been sneeringly written off as a bunch of ‘privileged men’. The lecturer and self-proclaimed award-winning broadcaster, Connie St Louis, who revealed Hunt’s faux pas to the world, has had her own credentials exposed as bearing only a vague resemblance to reality. Meanwhile, Channel 4 newsreader Cathy Newman quickly defended St Louis from this ‘right-wing smear campaign’.

Despite the discussion generating more heat than light so far, there is one point on which nearly everyone seems to agree: science has a problem with women. It was science’s presumed inability to recruit and retain women, and the supposedly precarious employment and promotion prospects of female scientists, that provoked the initial outrage around Hunt’s off-the-cuff remark. In a public statement, the provost of UCL, Professor Michael Arthur, justified his acceptance of Hunt’s resignation and revealingly declared, ‘Equality and diversity is not just an aspiration at UCL, but informs our everyday thinking and our actions. It was for this very reason that Sir Tim’s remarks struck such a discordant note. Our ambition is to create a working environment in which women feel supported and valued at work.’ In other words, one of the greatest academic institutions in the world now considers the promotion of equality to be more important than the pursuit of knowledge, and prompting the resignation of eminent scientists to be legitimate if it might make women feel more valued.

The assumption that promoting gender equality should be a major concern for university science departments is reflected in the considerable amounts of institutional time and money spent on promoting initiatives such as Athena SWAN and Women in Science and Engineering (WISE). WISE is a longstanding campaign which aims to ‘inspire girls and women to study and build careers in science, technology, engineering and manufacturing’. The Athena SWAN award was established in 2005 by the largely government-funded Equality Challenge Unit. Universities that can demonstrate they have met ‘10 principles that focus on the advancement of gender equality in academia, addressing unequal gender representation across academic disciplines, professional and support functions and removing the obstacles faced by women in particular, at major points of career development and progression’ are awarded a coveted Athena SWAN award.

The achievement of such awards is vitally important to universities because many major grant-funding bodies now only give money to chartered institutions. Indeed, UCL’s short statement about Tim Hunt noted: ‘We have adopted the Athena SWAN methodology widely across the institution and have now achieved more Athena SWAN silver awards than any other university, and have just submitted our application for an institutional silver award.’ Athena SWAN is considered so ideologically central to the promotion of gender equality and pragmatically vital for maintaining institutional revenue streams that it is rarely criticised. But it is disastrous for universities to attach such high stakes to gender-equality awards. Time and money that should be spent on medical research, technological advance and the pursuit of pure knowledge is instead channelled into form-filling and box-ticking. Appointments are made and resources invested with gender balance and team diversity, rather than intellectual gains, in mind. Furthermore, such awards seem to be a solution in search of a problem.

In reality, women have made huge strides in science in recent decades. Today, girls aged 16, outperform boys in all the major science examinations. Aged 18, boys perform marginally better (under one per cent) at maths and chemistry, but girls do better in further maths, biology, computer science and physics. It is at university that women students appear to reject some science subjects. In physics and electrical engineering, women comprise under 20 per cent of students. However, across a broader sweep of subjects, the difference is less stark: roughly 55 per cent of science students studying for a first degree are men, 45 per cent are women. Even this statistic understates the impact women have had on university science, as it does not include the two most competitive science subjects: in subjects allied to medicine and veterinary science, women comprise over 75 per cent of students.

This growth in the number of women taking science subjects at university is beginning to have an impact on the labour market. By 2017, it is predicted that more doctors will be women than men, and there are already substantially more female vets. Women are clearly not put off studying science or entering some scientific careers. It is lab-based research jobs that women are choosing not to pursue, and the proportion of female doctors who choose general practice rather than surgery provides a good indication as to why this should be the case. Careers in scientific research and medical surgery demand long and unpredictable hours. Such commitment might be fine when women are young, but when they begin thinking about having children they are presented with difficult choices. Although angry Twitter feminists might not like it, many women opt for careers in science that are also compatible with family life.

Ironically, in all the recent outrage, it has emerged that Sir Tim Hunt ‘fought for seven years to have creche facilities at the Okinawa Institute of Science and Technology – and was ultimately successful’. He says he will continue to push for a creche at the new Francis Crick Institute in London. The handful of journalists who ruthlessly and gleefully exposed Hunt’s slip-up to the world have done women no favours whatsoever. Instead of asking why combining work and parenthood can still be difficult for women today, and tackling the issue as Hunt has, they are demanding that the workplace be increasingly regulated. They want academic freedom to be curtailed and scholars to be judged, not on their work and intellectual contribution to science, but on whether or not they hold the attitudes and values that a small and self-appointed group of Twitter busybodies deem to be correct. While dressed up as a feminist crusade, the increased regulation and constant self-monitoring such twitch-hunts instigate are actually eroding the camaraderie and intellectual collaboration that make working far more exciting than being at home with a baby.