London isn’t over – you’re just bored with it

The middle-class observers flouncing out of London need a reality check. 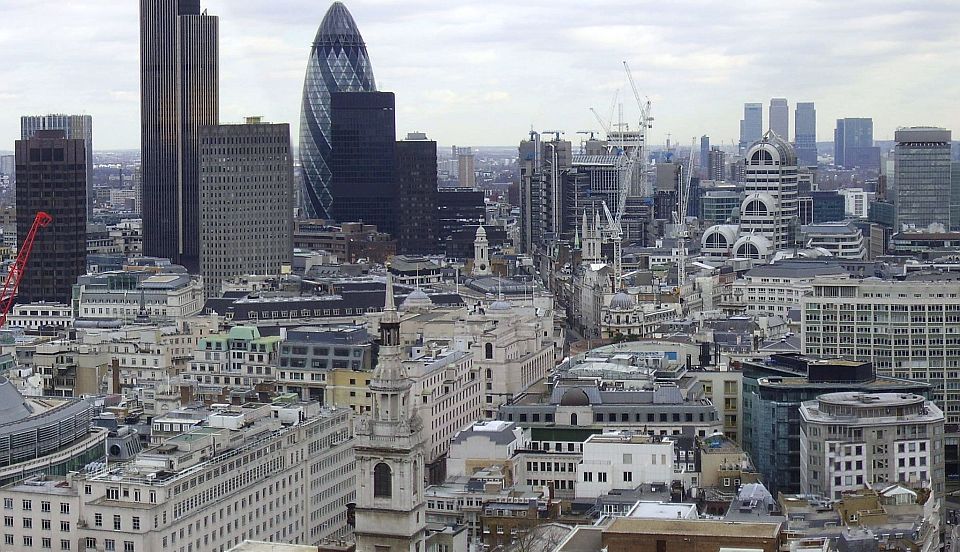 That was Sami Mikhail’s last word in iD, explaining why he has left for Scotland. He’s not alone. In the Observer, Rowan Moore recently claimed that ‘the city is eating itself’: ‘Its essential qualities, which are that it was not polarised on the basis of income, and that its best places were common property, are being eroded.’ In the Telegraph, Bryony Gordon says, ‘London is over… and it’s about time, too’. ‘Nobody likes London, especially not the people who have the misfortune to live in it’, she says, calling it a ‘vomitous mass’. Gordon quotes an Office of National Statistics (ONS) report that says ‘58,220 people aged from 30 to 39 left the capital between June 2012 and June 2013’.

But people moving out of London is hardly news.

Richard Best of the Joseph Rowntree Foundation pointed out 15 years ago that just as younger people tended to move into the capital, it was normal for many of them to move out to the suburbs as they got older, in search of green spaces and better schools. The ‘counter-urban cascade’ was well known to planners, but for ideological reasons the authorities disdained suburbanisation in the 2000s and promoted instead Lord Rogers’ idea of an ‘urban renaissance’. Best argued that ‘the decline of great cities is a national problem demanding action to retain economically active people on the scale urged by Lord Rogers and his Urban Task Force’ (1).

Lord Rogers’ Urban Task Force was reacting against the trend in the 1970s for people to move out of cities. Then, as now, many people made a strong moral case for their migration. Ecologist John Seymour moved his family from Hampstead to Frinton-on-Sea, and then later to Wales, in search of a more ecological, authentic life. Alongside ecologist Herbert Girardet, Seymour promoted a lifestyle of rural living for disaffected citydwellers. Even the historian Eric Hobsbawm joined the exodus from the cities, though, as he explains in his memoirs, the schoolboys of north Wales never really welcomed these outsiders and bullied his children.

But in the 1990s, the Urban Task Force decried the move out to the country as a betrayal that had abandoned the inner cities to poverty, falling school rolls and underinvestment. Instead, it proposed an urban renaissance. For some upwardly mobile professionals, the move to re-colonise formerly depressed areas of inner London, like Shoreditch and the many developments alongside the Regent’s Canal, suited their aspirations.

The Urban Task Force generalised wildly from Lord Rogers’ own experiences and those of the sliver of professional academics and planners around him, imagining that everyone could live the café-society, riverside life Rogers enjoyed. ‘Many people will continue to move to the suburbs’, the Urban Task Force conceded, but ‘we must look to persuade more families to stay’. Writing with LSE lecturer Anne Power, Rogers said ‘many argue that we cannot and should not make people’s choices for them’, before adding, ominously: ‘We take a different view.’ (2)

Rogers and Co successfully called on the government to prevent new homes being built on greenfield sites, demanding instead that housing need be met on existing sites, by ‘building up, not out’. We have to change our attitude to housing density, Rogers explained. Instead of seeing density as a problem, it could be the spur to imaginative solutions.

All of the cognoscenti welcomed Rogers’ blueprint for the densification of London and the limiting of new building. And – lo! – it came to pass. London is indeed a lot denser than it was – so dense, in fact, that poor Bryony Gordon must suffer ‘40 minutes wedged in a stranger’s armpit on the Tube’ each morning. New building in the suburbs was stopped by an aggressive policing of the Green Belt. The outcome was entirely predictable (at least it was to those of us at spiked): restricted housing supply led to greatly higher prices.

The negative effects that Moore, Gordon and Mikhail point out – excessive house prices and rents, overcrowding and the conversion of shops, garages, churches and pubs into yet more flats – are all outcomes of the policy of densification, and a restricted housing supply. Only dimly recognising the problem, Moore wrote last year that ‘what we have now is a bastardisation of Rogers’ ideas’. Except there is no bastardisation; rather, this is the logical outcome of the policy of the so-called urban renaissance.

Now that the urban renaissance has turned sour, some people are saying out loud that London is over. Once again, then, the middle-class protest against urban living can be heard, except this time the moan is not that it is too crime-ridden and poverty-stricken, but that it is unaffordable and overcrowded. But this special problem is the outcome of the policy framework created by the Urban Task Force: namely, that the shortfall in housing supply created the conditions for a speculative bubble to grow. The answer, then, is to build more houses, especially in the south east of England, in the suburbs around London, to release the pressure. Until the bubble is deflated, London prices will continue to spiral, feeding the densification of the city.

One ought to be careful, though. Most people are not leaving the city. On the contrary, its population has been growing consistently since 1983. Most people who live in London are not the super-wealthy, but people of modest means trying to make a living, or trying to establish themselves in a fast-moving economy. Many younger people trade living space for opportunities, just as older people trade the other way. Those who today are complaining about London being ‘over’ are most likely the same people who poured scorn on their parents for leaving for the good life in the countryside, or the suburbs.

From the 1970s through to today, the anti-urbanists and urbanists make a common mistake. When people make big, life-changing decisions, they find it quite hard to understand that these are not matters of principle – it’s just a question of personal choice with no wider meaning. Just because you think you would prefer to move out of London – or into London – that does not mean it is the right decision for everyone.

Just because Lord Rogers and Anne Power liked their riverside apartments, it did not follow that the suburbanites were racist scum; and just because those suburbanites were fed up with London, it did not follow that the inner cities were a hellhole of crime and migration; nor does the frustration of thirtysomethings today mean that all Londoners are saps paying exorbitant rents to Russian or Chinese property speculators (half of all Londoners own their own homes, after all).

Most people make their choices about where they live on practical, economic and social grounds, such as where they think they might work, and how far the commute is. But the temptation to clothe those decisions in a big melodramatic statement like ‘London is over’ is just a confusion between personal decisions and what is right. There is no right or wrong place to live, just lots of smaller decisions about what works for each of us.

People often move home because they feel alienated from their social conditions, and hope that a dramatic break will change their lives for the better. When it does, it is a good decision. But there are people who are prone to depression who often up sticks because they confuse place with social conditions, whereas one place is really much like another, with good and bad aspects.

The poet CP Cavafy described the problem well in his poem, ‘The City’. The first verse sums up the sense of isolation many anti-urbanists feel:

‘You said: “I’ll go to another country, go to another shore,
find another city better than this one.
Whatever I try to do is fated to turn out wrong
and my heart lies buried as though it were something dead.
How long can I let my mind moulder in this place?
Wherever I turn, wherever I happen to look,
I see the black ruins of my life, here,
where I’ve spent so many years, wasted them, destroyed them totally.”‘

The second verse is ambiguous. It seems that his friend has not left the city. On closer reading, I think it means that even if you do leave the city, you will still carry it with you, or at least you will still carry the alienation you feel from your social conditions, wherever you live.

‘You won’t find a new country, won’t find another shore.
This city will always pursue you. You will walk
the same streets, grow old in the same neighbourhoods,
will turn grey in these same houses.
You will always end up in this city. Don’t hope for things elsewhere:
there is no ship for you, there is no road.
As you’ve wasted your life here, in this small corner,
you’ve destroyed it everywhere else in the world.’

Cavafy’s conclusion is damning, but he offers a good reason why we should seek to change things for the better, wherever we live.

(2) Towards and Urban Renaissance, pp 40-41; Richard Rogers and Anne Power, Cities for a Small Country, London, Faber and Faber, 2000