Gay marriage: a victory for therapy

The Supreme Court ruling appealed to hearts, not minds. 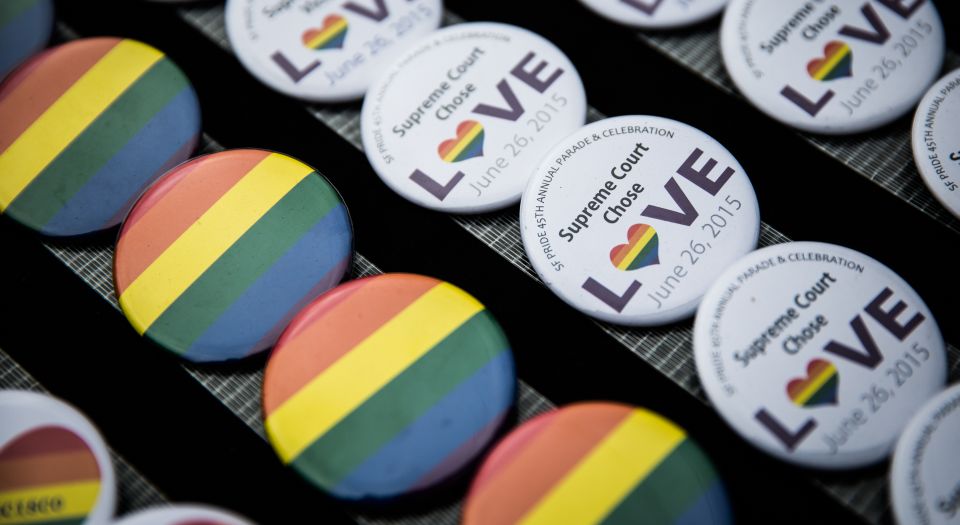 Gay marriage is now legal in America. In fact, as a result of the Supreme Court’s decision last month, it is now illegal across America to define marriage as the union between one man and one woman. What’s happened in America, and other parts of the Western world, whether by the legislature or the judiciary, is remarkable. Marriage, which has for millennia been defined as a heterosexual institution, is being redefined. In fact, its historical essence is being declared illegal.

Although many see the redefinition of marriage as positive, few have examined the nature of the argument used to secure that redefinition. Yet, the nature of the argument that won a five-to-four majority in the US Supreme Court was as profound as the outcome. The argument in favour of gay marriage is based on therapy. It is based on an approach that seeks to reorder public policy in line with the subjective desires of individuals. This approach is profound because it talks a language alien to traditional public-policy formation.

The modern therapeutic discourse has three key features: it focuses on personal want; it sees individuals as vulnerable; and it is underpinned by emotional appeals. All of these features are at the forefront of the Supreme Court ruling.

The first element of the therapeutic discourse, a focus on personal want, is apparent in the concluding paragraph of the Supreme Court’s judgement that made much of the petitioners’ case: ‘Their plea is that they do respect [marriage], respect it so deeply that they seek to find its fulfillment for themselves. Their hope is not to be condemned to live in loneliness, excluded from one of civilisation’s oldest institutions.’

The focus of this concluding passage is on personal want, hence the language of ‘their plea’ and ‘their hope’. Or as Chief Justice Roberts put it in his dissent: ‘The truth is that today’s decision rests on nothing more than the majority’s own conviction that same-sex couples should be allowed to marry because they want to.’ Justice Alito, who also dissented, observed how the majority’s understanding of marriage ‘focuses almost entirely on the happiness of persons who choose to marry’. Within a therapeutic discourse, ‘I want’ can readily be translated into a legal right ‘to have’.

However, a focus on personal want will only be persuasive if the individuals involved are portrayed as vulnerable. This second element of the therapeutic discourse is hinted at in the majority’s concluding paragraph, quoted above, which describes gays and lesbians as ‘condemned to live in loneliness’ if denied the right to marry.

The Supreme Court developed the theme of vulnerability by focusing on children. Children are always a good constituency for recognising therapeutic claims, because, in certain contexts, juveniles do have objective needs. So the majority claimed that the ‘marriage laws at issue here thus harm and humiliate the children of same-sex couples’. Without reform ‘children [would] suffer the stigma of knowing their families are somehow lesser’, apparently. By associating ‘children’ with the words ‘harm’, ‘humiliate’, ‘suffer’ and ‘stigma’, the majority were able to ally a child’s supposed vulnerability to the cause of gay marriage. This role was recognised by President Obama when he declared the court’s decision a victory for America. He said the judgement was ‘a victory for gay and lesbian couples… [and] for their children, whose families will now be recognised as equal to any other’.

At a rational level, none of the above arguments makes much sense. ‘I want’ does not normally, in the public-policy context, equate to a legal right ‘to have’; gay and lesbian couples denied a right to marry are not ‘condemned to live in loneliness’; and the children of same-sex couples are neither harmed and humiliated nor stigmatised because their parents are not permitted to marry. But then the therapeutic discourse is not grounded in reason. Of course, the third element of this discourse, its emotional appeal, enables logical weaknesses to be overlooked.

The concluding paragraph of the majority’s judgement began by defining marriage in poetic terms: ‘No union is more profound than marriage, for it embodies the highest ideals of love, fidelity, devotion, sacrifice and family. In forming a marital union, two people become something greater than once they were.’

By defining marriage in this poetic way, the majority was able to claim that denying gays and lesbians access to this institution – that embodies ‘the highest ideals of love, fidelity, devotion, sacrifice and family’ – would cause them significant and unjustified harm. It would, said the majority, demean ‘gays and lesbians for the state to lock them out of a central institution of the nation’s society’. The majority added that not changing the law ‘serves to disrespect and subordinate’ gays and lesbians, and would also ‘diminish their personhood’. These words – ‘demean’, ‘disrespect’, ‘subordinate’ and ‘diminish’ – resonate with the heart.

As Justice Scalia observed in his dissent, the opinion of the majority ‘is couched in a style that is as pretentious as its content is egotistic’. And then he noted that while the ‘world does not expect logic and precision in poetry or inspirational pop-philosophy, it demands them in the law’. With that sentence, Scalia captured the essence of the therapeutic discourse: it is, like poetry, premised on an appeal to the heart – logic and reason mean little.

When President Obama lauded the gay-marriage judgement as ‘a victory for America’, his most telling comment was to declare that this ‘decision affirms what millions of Americans already believe in their hearts’. He recognised that public policy on marriage is today being directed by emotion.

As Chief Justice Roberts observed when quoting the words of the majority: ‘Americans who did nothing more than follow the understanding of marriage that has existed for our entire history… have [according to the majority] acted to “lock-out”, “disparage”, “disrespect and subordinate” and inflict “dignitary wounds” upon their gay and lesbian neighbors.’ This, he argued, was language that amounted to ‘assaults on the character of fairminded people’.

Justice Alito, in his dissent, made a similar point when he assumed ‘that those who cling to old beliefs will be able to whisper their thoughts in the recesses of their homes, but if they repeat those views in public, they will risk being labelled as bigots and treated as such by government, employers and schools’.

By portraying its beneficiaries as vulnerable and in need of state recognition, and by appealing to hearts rather than minds, the therapeutic discourse seeks to close down reasoned debate. Public policy needs to expose and reject the therapeutic discourse. We need to inject public policy with ideas that are the antithesis of those espoused by the language of therapy. Public policy needs to focus on the needs of all rather than the wants of individuals. It needs to encourage individuals to see themselves as robust, resourceful and rational. And, in encouraging the rational elements of human behaviour, it needs to appeal to minds rather than hearts.