Tunisia was a bloody crime, not an act of war

The best response to this massacre? More freedom, more holidays. 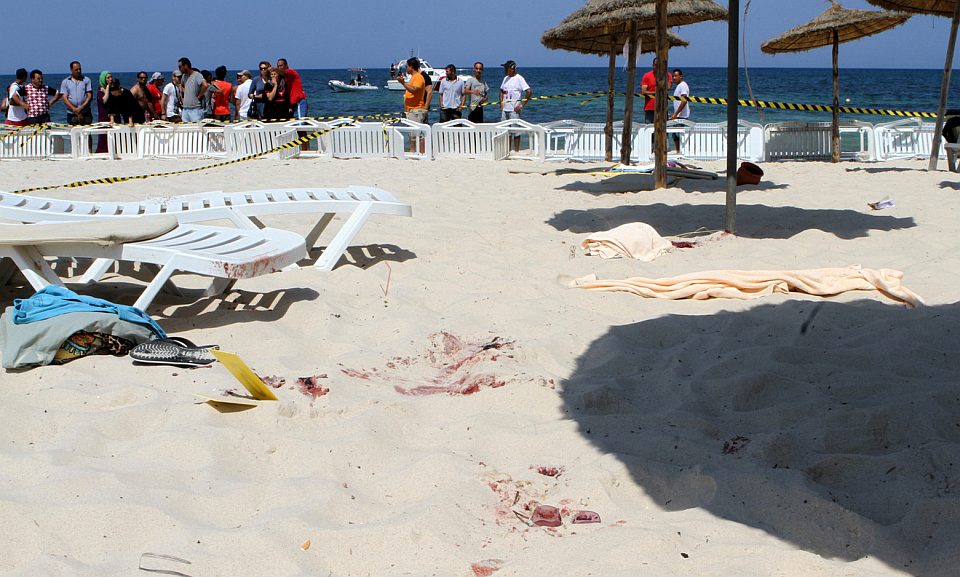 The beach massacre in Tunisia is a bloody reminder of the carnage that can be caused by a twisted individual with a gun. It’s also a reminder of how Western society itself unwittingly helps to elevate these murderous acts, turning them from horrific shooting incidents into, in David Cameron’s words, ‘acts of war’, things which not only end individuals’ lives but which threaten our society’s whole way of life. Tunisia confirms that the fearful West, in continually overreacting to violent threats, does the terrorists’ work for them, promoting these pathetic killers to warriors against Western civilisation whom we should all apparently feel terrified by.

Seifeddine Rezgui certainly caused a great deal of harm, most immediately to the 38 people he killed and to their families. Given that an estimated 30 of the victims were British, it’s understandable the British media is giving the attack a lot of coverage and that British officials are keen to be involved in the investigation. But there’s a real danger that the British response could amplify Rezgui’s action, turning it from a crime into war, spreading his terror beyond the beach and hotels where he carried out his massacre into other areas of life in Britain and elsewhere. That is, our leaders could unwittingly complete Rezgui’s act, through doing the thing he was incapable of doing on his own: changing Western society, making it a less free, more nervous place.

There’s already a serious discussion about militarising beaches in northern Africa and southern Europe: actions that would have a seriously detrimental impact on the quality of life in the West and elsewhere. There are promises from on high to ratchet up the suppression of extremist views, or in the doublespeak lingo of Cameron to be ‘more intolerant of intolerance’. This would intensify the already pronounced censoriousness of the 21st-century West, and make it harder to have a free, frank debate about the values that should define our societies. Meanwhile, the media is packed with discussion about whether it’s safe to go on holiday, captured in a headline asking: ‘Tunisia Terror Attack: Where Is Still Safe?’ That piece reminds us that the terror-threat alert is ‘High’ in France, Spain, Turkey, Egypt and, now, Tunisia, and ‘General’ in Germany, Italy and Morocco. It is ‘Low’, however, in Switzerland. Perhaps that’s the only safe place in the world: beachless, bland Switzerland?

These kneejerk responses, this instant reaching for the phoney solution of tighter security and less liberty, should remind us that the impact of terrorism is determined less by the individual gunman himself than by how we choose to respond to his actions. On his own, the aspiring mass killer can cause death and injury, but his actions are localised and relatively small-scale; they’re never followed up by invasions or regular attacks. It is the target societies themselves which will either augment the killer’s actions, by echoing his message of terror through further securitising society, or contain them, by having a brief period of mourning and then moving on, refusing to change, promising to promote the values of liberty and openness rather than dent them at the behest of a warped individual. In describing Rezgui’s behaviour as a ‘declaration of war’, part of an ‘existential threat’ to Britain, Cameron is giving him everything he wanted, making him the anti-Western warrior he no doubt fantasised about being. He is also, bizarrely, putting Brits on a war footing in response to what was essentially a tourist-targeting version of Dunblane. It’s the worst response imaginable.

When a News at 10 reporter last night said Tunisia shows ‘how vulnerable our way of life [is] to one man with a rifle’, he was in a sense right. But it isn’t the ‘one man with a rifle’ who made our way of life vulnerable, insecure, easily rattled. Rather, it is Western society’s own lack of confidence, in its values and traditions, and its tendency to interpret every bloody act as a calling into question of everything we stand for, which makes the Western way of life vulnerable. In short, what makes this ‘one man with a rifle’ a powerful figure is not the man himself, who was a loser, nor the rifle, which can cause harm but not overthrow social values — rather, it is the weakness and uncertainty of the societies he chooses to have a pop at. Tunisia confirms the scary symbiotic relationship between the West’s own politics of fear and the new terrorism. Western self-doubt, Western irrationalism towards danger, is what gives the terrorist his true power today. His ability to terrorise does not come from his gun, or from his words, or even from the Islamic State that many of them claim to be inspired by — it comes from an insecure West’s transformation of his actions into a threat to life, liberty, everything.

This is the real danger after Tunisia: the Western response could actually act as an invitation to others to try to terrorise us. In advertising our existential fears, in openly saying our way of life is vulnerable to ‘one man with a rifle’, we unwittingly encourage other men with rifles to try their hand. They know they will win instant infamy; they know they will be described by Cameron as threats to Britain’s very soul; they know they will have an impact far beyond their own power and intelligence, courtesy of how we choose to respond to what they do. Too many are asking what caused Rezgui to do what he did, the assumption being that he must have had some political grievance or bad experience. But often these killers do what they do not because of something that has happened but because they know what will happen: they will dent and damage the West’s way of life. The politics of fear actively encourages their individual acts of barbarism.

A far better response came from those Brits, and other tourists, who decided to stay in Tunisia after the massacre. As one of them told a news reporter, the ‘Tunisian people are great’ and there is ‘risk everywhere you go’; she said it’s more important than ever that people visit Tunisia. She’s right. We shouldn’t respond to the beach massacre by increasing security, banning extremists, or turning certain countries red to indicate that they aren’t safe. We should carry on as we were. And have more freedom of speech, not less. And have more debate. And reject the idea of armed guards on beaches. And seriously consider choosing Tunisia as our next holiday destination.