Glastonbury speaks to the 21st-century crisis of popular culture. 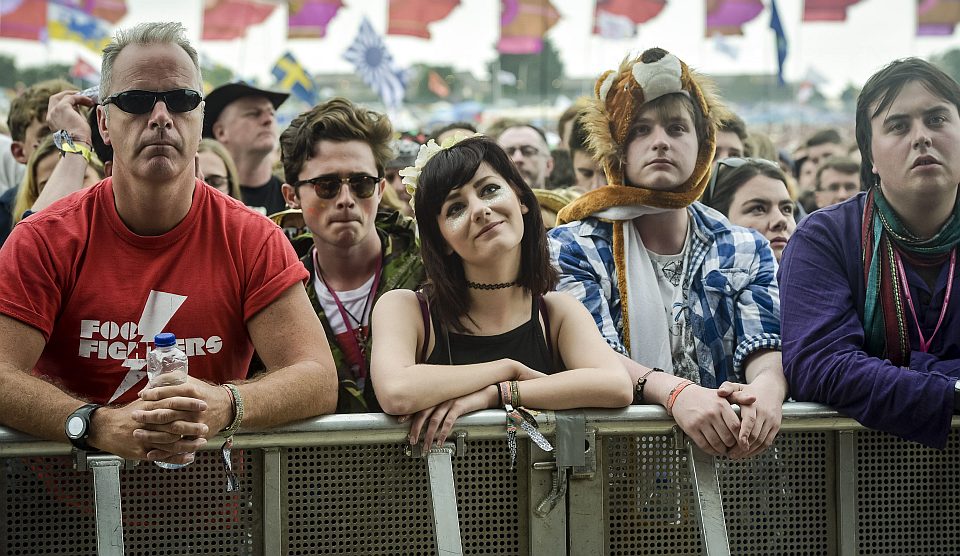 As mud-swaddled wreckheads clamber out of their Argos pop tents, the great nos-cannister litterpick begins and children awake to the smell of their dads brewing a pot of restorative peppermint tea, Glastonbury 2015 draws to a close. And, as debate rages over Kanye’s ego-propelled Saturday headline set and Lionel Richie’s lacklustre spoken-word support act, one thing seems certain: Glastonbury’s image crisis is officially over.

For years, Glastonbury has struggled to shake off the idea that it’s become bloated, corporate and dull – a kind of counterculture-lite Butlins for the metropolitan middle classes. In 2007, even Michael Eavis, the 79-year-old farmer who launched the first £1-a-ticket Glasto in 1970, admitted that the festival was failing to attract young blood. A problem he addressed by, er, revamping the ticket system.

But, after years of soul-searching, all is well again on Worthy Farm. After this year’s festival, it seems everyone has just come round. All of the broadsheet columnists, for whom sullying their Hunter wellies on the 900-acre Somerset site is now an annual assignment, seem to be telling all the critics to quit the moaning. Don’t dismiss it as ‘irredeemably middle class’, said one Fleet Street reveller. ‘The remarkable thing about this festival is that it manages to contain [many] different people and unify them, if only for a few days.’

On Friday, Caitlin Moran’s annual I LOVE GLASTO column for The Times – which represents the ceremonial opening of each festival – decried the ‘old canard’ that Glastonbury had lost its edge and marvelled at the sight of a bunch of ‘sunburnt lads’ visibly distressed when they showed up at the Healing Field to find the pottery tent was shut.

But before you enjoy the irony of a middle-aged commentator rebuking the idea that the festival has gone soft by citing an upsurge in interest in handicrafts, you have to admit: the apologists have a point. Glastonbury has become all things to all people – and all age groups. And that’s precisely the problem. The fact that it still sells out in milliseconds, in spite of its transformation into a family-friendly police state, pretty much sums up all that is wrong with modern popular culture.

Pop music’s vitality has always relied on one generation trashing the old and carving out its own sounds, ideas and spaces in which to get off its nut. The punks shook off the lameness of prog; acid-house ravers gurned their way out of the Mancunian mope-rock gloom; and grime turned up in black hoodies to suited-and-booted garage raves: it was this youthful tenacity, this refusal to let aging acts rest on their laurels, that kept things fresh and exciting. All the while, pop provided each generation with a much-needed bridge into adulthood, a space in which to explore ideas, substances and each other’s bodies.

Festivals, raves and legendary gigs – whether it was Woodstock or Spike Island – served as the defining moments in which the identity of an entire generation was sealed. Coming at the head of the hippie free-festival movement, Glastonbury is a part of that history, but its refusal to die out, its ongoing centrality to the summer-festival circuit, shows that pop has lost the youthful fire that always kept its heart beating.

Glastonbury’s all-ages annual line up – this year ranging from Burt Bacharach to Deadmau5 – pays testament to this. At a time in which young people drink less, rave rarely and never pay for music, the middle-aged have become pop’s main audience. And, as a result, pop culture has taken on the easygoing, like-a-bit-of-everything sensibility that hitting 40 and presiding over a swelling CD collection inevitably brings.

While Noel Gallagher famously scoffed at Jay-Z’s headline 2008 Glastonbury set, and over a 100,000 moaners signed a petition to get Kanye West ousted from his spot this year, these old-fart protests at the arrival of hip hop to Worthy Farm felt oddly anachronistic. Both are established stars, and their triumphant – in Jay-Z’s case, anyway – appearances on the Pyramid Stage only marked their induction into the realm of middle-class pop respectability.

I’m not knocking anyone’s fun. But something is seriously wrong in the world when teenagers are sat, in a field, being talked through their first come-down by their parents. Pop, once a conduit to freedom, adult life, new ideas and new experiences, has become a grey, takes-all-kinds mush through which fortysomethings relive their youth and younger people try to keep up. Glastonbury is far from dead. And that’s kind of terrifying.