A new documentary offers a scintillating insight into the era of Rudd and Gillard. 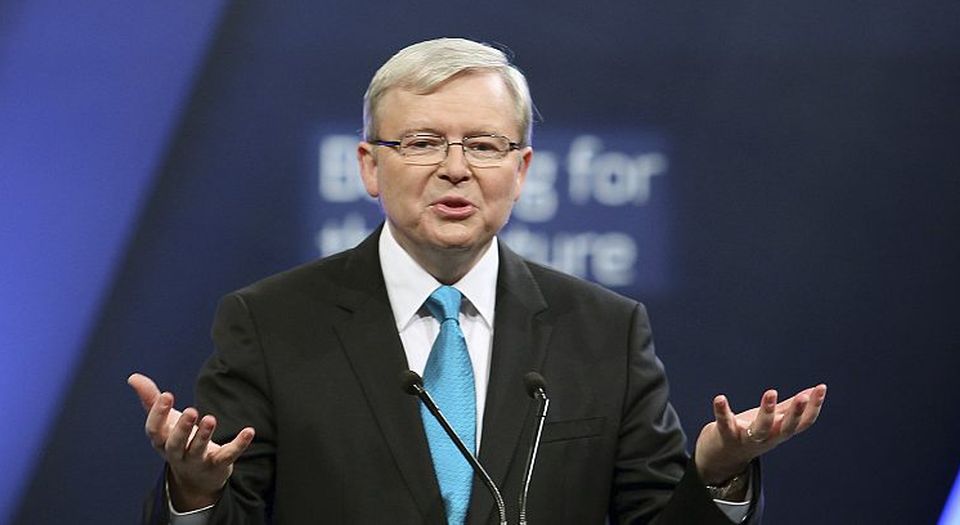 Earlier this year, Australian TV networks unanimously rejected producing a telemovie about the premiership of Julia Gillard, who served as prime minister for three years between 2010 and 2013. One TV executive is alleged to have said, ‘No one is interested in her’. The idea still may get off the ground, but, if it does, it will live its life in the shadow of Sarah Ferguson’s exceptional three-part documentary, The Killing Season.

The Killing Season chronicles the rise and fall of the Australian Labor party, and the battle for power between Kevin Rudd and Julia Gillard that helped tear the party apart. It begins in 2006, when Rudd became opposition leader and then prime minister, with Gillard as his loyal deputy, and continues through to Gillard’s leadership coup in 2010 and the party’s eventual demise at the polls in 2013.

With exclusive interviews from all the major players involved – including Gillard and Rudd – The Killing Season offers a definitive look at this strange chapter in Australian political history. The archive footage and soundbites are deftly crafted into a nail-biting arc over the course of the three instalments.

The first instalment paints a picture of Rudd as the man who could do no wrong. During his rise to the top of Australian politics, he set polling records and helped guide Australia through the worst of the global financial crisis. If there is one criticism of The Killing Season, it is that there are moments when the praise heaped on Rudd becomes a bit much – if only because we all know how the story ends. Extended anecdotes about his trip to the US in early 2008 to meet with the secretary of the Treasury, Hank Paulson, go so far as to suggest that Rudd saw the crisis coming; contributions from the likes of Australia’s former Treasury secretary, Ken Henry, verge on hero worship.

However, this is an important part of the story. Rudd went from being a God-like leader to being unceremoniously dumped by his party in the space of a few years. At the end of the episode, the cracks in his government begin to appear, setting the scene for the train wreck(s) to come in the following instalments.

By far the most impressive element of The Killing Season is the interviews Ferguson conducts. Every key player is here – although current Labor leader Bill Shorten is conspicuous by his absence – and they each offer titillating insights into the saga. What is most striking is the way Ferguson draws out the differences, contradictions and details of different people’s accounts. Gillard, Rudd and other party insiders seem to have completely different recollections of particular meetings and what was agreed.

This is what makes The Killing Season such gripping TV; the intrigue of who said what and to whom. Or, to put it more bluntly, how a group of intelligent adults can have such differing recollections of events. Whether it’s down to amnesia or self-preservation is left to the viewer.

Charlie Pearson is a writer based in London.