After Charleston: a show of common humanity

No, Dylann Roof’s act of nihilism was not ‘the real America’. 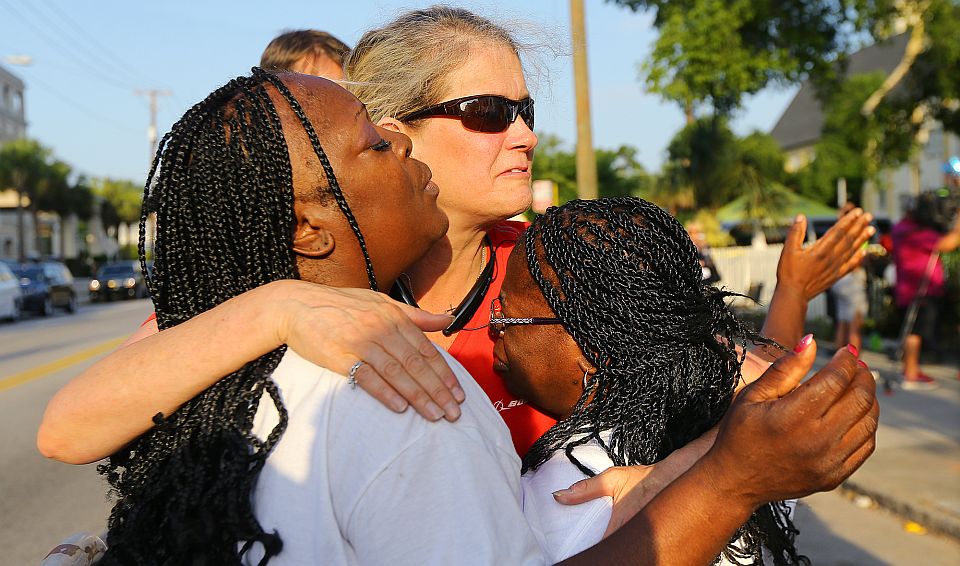 The contrast between Dylann Roof and the six women and three men he killed could not be starker.

When Roof entered the Emanuel AME Church in Charleston, South Carolina, he encountered a community of people who cared for one another and those in the world around them. The churchgoers welcomed Roof, even though they must have known something was not right with him.

Family members of those slaughtered by Roof were invited to make statements in court. ‘I just wanted everybody to know, to you, I forgive you’, said the daughter of Ethel Lance. ‘You took something very precious away from me. I will never talk to her again. I will never be able to hold her again. But I forgive you.’ As if the deaths were not heartbreaking enough, who could not be moved by these expressions of forgiveness and compassion?

The people of Emanuel AME Church are everything Roof isn’t. He is a loner, who stood apart from the social fabric. He is a nihilist, while they affirm life. The victims and their families represent everything good about humanity. Roof was trying to destroy what he did not have. It was a juvenile act, but with adult firepower. Roof tried to obliterate their humanity, but, as the relatives showed in court, he failed.

It is reported that Roof said he wanted to spark a race war. He and whose army? No matter how vile and retrograde his rantings, he was a one-man operation, representing no one but himself. And, again, he utterly failed. The scenes at the memorial services told the story: huge numbers of black and white people hugging one another. ‘This hateful person came to this community with this crazy idea that he would be able to divide us’, said Joseph Riley, the mayor of Charleston. ‘But all he did was make us more united and love each other even more.’

If Roof’s supposed intention to spark a race war worked at all, it worked with sections of liberals, who jumped on the attack to say Roof represented a widespread group of people who hate blacks: whites in Charleston, whites across the South, whites nationwide. A writer in Salon argued that ‘white America must answer for’ the massacre in Charleston.

In doing this, liberals and race activists are extrapolating from an isolated incident and damning a whole section of society as potentially racist. It is the very move many rightly warn against when it comes to Islamist terror attacks. Just because one Muslim goes on a firing spree, it doesn’t mean all Muslims are potential terrorists. Yet the same blanket condemnation is supposedly okay when it is applied to white Americans.

The idea that Roof somehow represents South Carolina is really a slur on the people of that state. The unity witnessed at the memorial services was not a one-off event. Anyone who lives in, or travels to, the state (as I have) will know how easily people of different backgrounds mix, in a relaxed way. If anything, people mingle with greater ease in Charleston than in many northern cities. As a recent study found, Charleston is one of the least segregated major cities in the US.

Yes, there is still too much segregation in Charleston and South Carolina, and, like everywhere else in the US, examples of racial discrimination still emerge. But Roof’s attack was not a replay of the 1963 bombing of the Sixteenth Street Baptist Church in Birmingham, Alabama, which killed four black girls. Most importantly, the context is very different. At that time, state policy supported an edifice of racism, through the police, the legal system and Jim Crow segregation laws; today, thanks to the civil-rights movement of the 1960s, that edifice of racism no longer exists (and when the system does not appear to adhere to racial equality, as in the recent cases of black people dying at the hands of the police, it is seen as a violation of public trust). Back in the 1960s, racial discrimination and prejudiced views were often tolerated if not endorsed; today, such acts and opinions are social anathemas and condemned by the vast majority.

The idea that not much has changed in the South lies behind the calls to take down the Confederate flag from the South Carolina state capitol building. No institution of the US government should fly a flag that symbolises slavery and independence from national rule. So, yes, take it down. But did the Confederate flag cause Roof to attack the black parishioners? Of course not. Will removing the flag prevent another attack in the future? Of course not.

The debate over the Confederate flag is a major displacement activity. So are the claims that Roof is indicative of the hidden racism among millennials, Obama’s calls for gun controls, and the debate over whether to label Roof’s shooting an act of terrorism. In all instances, there is a lack of a sense of proportion, a failure to recognise that, thankfully, such racist shootings are isolated and rare. And while it is understandable to want to make sense of such an attack, and to do something about it, the responses indicate an unwillingness to look at what is specific and new about these cases. Instead, too many are willing to see a case like Roof’s as a continuation of America’s original sins, which is lazy, untrue and fatalistic.

The people of the Emanuel AME Church and Charleston generally have shown humanity in the face of tragedy, and demonstrated the importance of social bonds in a community. They don’t need lectures from others on how divided and racist they all are; they can take care of themselves. Roof does highlight, however, that not everyone is part of such communities today. He shows that some young people are adrift from society, lacking purpose, and that their alienation can express itself in anti-human, violent ways. That is what needs to be addressed, and, with the example set by the good people of Charleston, we should have faith that it will be addressed.