Individualism: a scapegoat for society’s ills

The attacks on individualism reflect the crisis of individual autonomy. 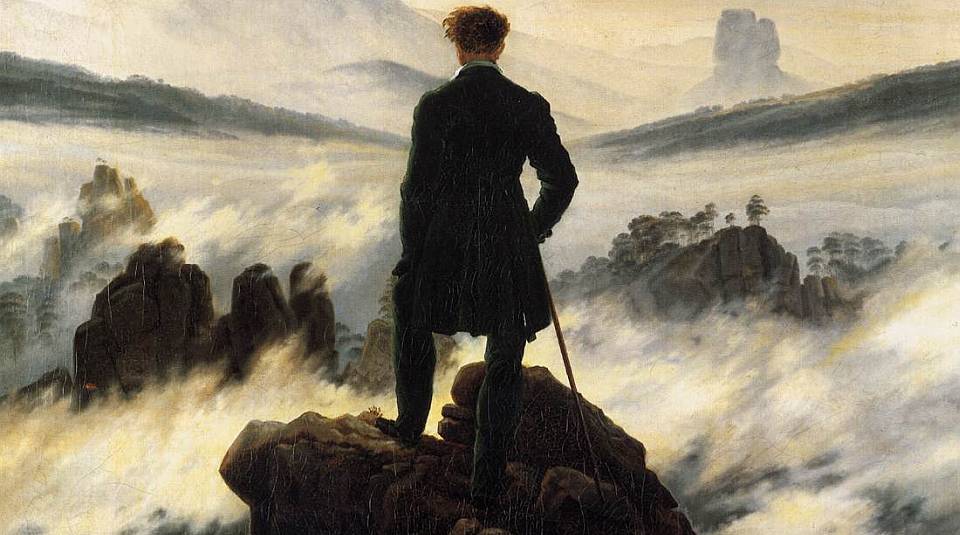 One reason why the idea of individualism generates so much confusion is because, throughout its history, it has been defined by parties that were hostile to it. Indeed, the very term itself was an invention of the opponents of liberalism. As Steven Lukes pointed out in in his useful study, Individualism (1973), the term first emerged in French – individualisme – as part of ‘the general European reaction to the French Revolution and to its alleged source, the thought of the Enlightenment’. For those opposed to the Enlightenment, individualism served as a swear word to be hurled at the enemy.

In Europe, nineteenth-century conservative and counter-revolutionary thought was dominated by hostility to reason and the rights of the individual. Individualism was blamed for the corrosion of traditional communities and the decline in community solidarity. And this conservative representation of individualism, as a narrow-minded, egotistical outlook that selfishly ignores the needs of others in society, continues to predominate. The Oxford English Dictionary, for example, describes individualism as ‘the habit of being independent and self-reliant; behaviour characterised by the pursuit of one’s goals without reference to others’. In case the reader missed the implicit moral judgement here, the OED adds that individualism comes ‘sometimes with negative connotations of self-centredness or anti-social behaviour’.

By the middle of the nineteenth century, it was increasingly common to attribute some of the most destructive consequences of the Industrial Revolution, particularly the break-up of communities and social disorganisation, to the rise of individualism. When Auguste Comte, the French philosopher and founder of the discipline of sociology, condemned individualism as ‘the disease of the Western world’, he gave voice to a sentiment that transcended the ideological divide between conservatives and socialists. Individualism had few friends on either the left or the right of the political spectrum. The representation of individualism as a selfish, anti-social and destructive creed provided an ideological narrative for demonising liberal currents of thought.

Individualism in the Land of the Free

Walls’ history of the transformation of American individualism is strongly influenced by one of the central tenets of nineteenth-century anti-liberal thought; namely, the polarised conception of the individual and the community. This means that the pursuit of individual autonomy is perceived as antithetical to community solidarity, and, accordingly, individual autonomy appears as a problem that needs to be restrained.

The main reason why Walls valorises political individualism is because she believes that it is harmonious with the ideal of positive freedom and, therefore, state intervention. Unlike the idea of negative liberty, in which people are to be protected from state intervention in their lives, positive liberty regards the state as a benevolent institution for the realisation of public welfare. Walls claims that in the late eighteenth and early nineteenth century, Americans ‘embraced a positive conception of liberty in which freedom was enhanced by intervention and active protection of the individual’.

It is difficult to avoid the conclusion that Walls’ representation of early America as a land in which citizens idealised the intervention of the state in their lives is really a means to her polemical end: to criticise the corrosive individualism of the 21st century. ‘Political individualism is about active protection of the individual, not about facilitating unencumbered action (as negative liberty would require)’, she writes. Obviously, when citizens live their lives and enjoy their freedoms through the state, there is little scope for the pursuit of individual autonomy. Walls acknowledges this, stating that her concept of political individualism is ‘the most limited in its perspective on individual activity’.

She contends that in the nineteenth century political individualism mutated into economic individualism. She describes this latter individualism as a ‘zero-sum game’ where conflict between the individual and the community intensifies. Walls believes that the expansion of the American frontier, leading to the weakening of societal bonds, encouraged a form of ‘intense individualism’ that was indifferent to the prevailing sensibility of civic virtue. The new frontier mentality was drawn towards a negative conception of liberty, which prompted Americans’ suspicion towards the state to kick in. In line with traditional anti-liberal prejudice, Walls believes that this development undermined community solidarity. ‘The individual lost the cooperative spirit he or she had under political individualism’, she writes.

Most of the arguments she uses to explain the rise of social individualism are tautological. In several places, the reader is informed that ‘damaged social bonds’, or a ‘decline’ in personal connections, disposed Americans to the ethos of social individualism. That’s another way of saying that the loss of community leads to the rise of an anti-communal sensibility. Yet history frequently demonstrates otherwise; the loss of community actually encourages the search for human solidarity.

Walls often falls back on anti-populist and elitist ideas associated with theories of mass society to explain the rise of social individualism. She argues that it was the economically unsuccessful and politically marginalised masses who were drawn to the outlook of social individualism. Unable to enjoy the fruits of economic competition, these victims of circumstance transferred the ‘principles of economic individualism to the social realm’. She asserts that ‘out of a desire to maintain a sense of individualism’, a new kind of individualism ‘sprang up in the only realm that people could really control – their social lives’. According to this thesis, the confused masses, unaware of what damage it would do to their own interests, ended up adopting an outlook that further diminished their freedom.

‘Social individualism is the application of individualistic attitudes in the realm of one’s social activity. It involves rejecting interconnectedness and societal obligations; it encourages withdrawal from social and civic life; and it teaches individuals to see one another as competitive threats who will inhibit their ability to meet their own needs and wants.’

This portrait of contemporary American individualism, as a grotesque, neo-Darwinian creed of selfishness, is the 21st-century equivalent of Comte’s diagnosis of individualism as the ‘disease of the Western world’.

The pathologisation of moral autonomy

One reason why it is useful to read Individualism in the United States is because it makes explicit many of the sentiments that underpin the contemporary critique of Enlightenment liberalism. The two core principles it targets are negative liberty and moral autonomy.

Time and again Walls criticises negative liberty on the grounds that it represents the rejection of community and social solidarity. She identifies the ‘strength of society’ with an interventionist state that protects the individual. Yet history shows that community and social solidarity emerge through the shared experience of individuals collaborating with one another, and often in opposition to the state. Indeed, it can be argued that state intervention in everyday life corrodes community life no less, and arguably even more, than market forces. In many societies, people who come to rely on the state depend far less on each other and on their community. When what matters is access to the state then many citizens can become distracted, and stop cooperating and working with fellow members of their community.

The main virtue of negative liberty is that it encourages citizens to exercise freedom for themselves. The experience of fighting to gain freedom and of making decisions about the future animates people’s active sides. Living freedom and having to live with the consequences of choices are essential for overcoming the mood of passivity that afflicts public life today.

Walls’ dislike of negative liberty is only matched by her animosity towards the pursuit of individual autonomy. Throughout Individualism in the United States, the idea of moral independence and autonomy is pathologised as a threat to the wellbeing of society. The reader is told that ‘on the societal level, modern individualism’s emphasis on autonomy and alienation creates or exacerbates issues of insecurity, distrust’. What’s fascinating about this polemic against autonomy is that it expresses sentiments that are widely shared across the political divide. Walls is therefore tilting at windmills – individual autonomy simply is not culturally valued today. In America, even traditional conservative and leftish social-justice activists are at one in their denunciation of autonomy. The conservative legal scholar, Mary Ann Glendon, writes that ‘by exalting autonomy to the degree we do, we systematically slight the very young, the severely ill or disabled’ (1). Likewise, anti-liberal social-justice campaigners also claim that the concept of autonomy is an insult to the underprivileged who lack the means to exercise choice.

On one point, Walls is absolutely right. Contemporary society finds it difficult to give meaning to community, and social solidarity is conspicuously weaker than it was 50 or 60 years ago. However, the erosion of solidarity has not been paralleled by a rise in unrestrained individualism. On the contrary, both individuality and solidarity have become enfeebled. This suggests that co-operation and solidarity actually become weaker when people lose faith in their capacity to exercise individual autonomy.

As Walls suggests, the meaning of individualism has evolved and changed during the past two centuries. But contrary to Walls’ thesis, contemporary society possesses a far weaker sense of the individual than in the past. Certainly in the US, the classical ideals of rugged individualism, such as self-help, self-reliance and self-discipline, have become conspicuously marginal to social and cultural life. Instead, individualism has been refocused on the inner-self, especially the importance of maintaining self-esteem through the respect and approval of others. Most striking of all, in the discourse around individualism, is the shift from the ideal of self-determination to an emphasis on people needing ‘support’ from experts, therapists and public agencies.

Individualism in the United States: A Transformation in American Political Thought, by Stephanie M Walls, is published by Continuum. (Order this book from Amazon(UK).)