A Nazi-baiting master of the photomontage 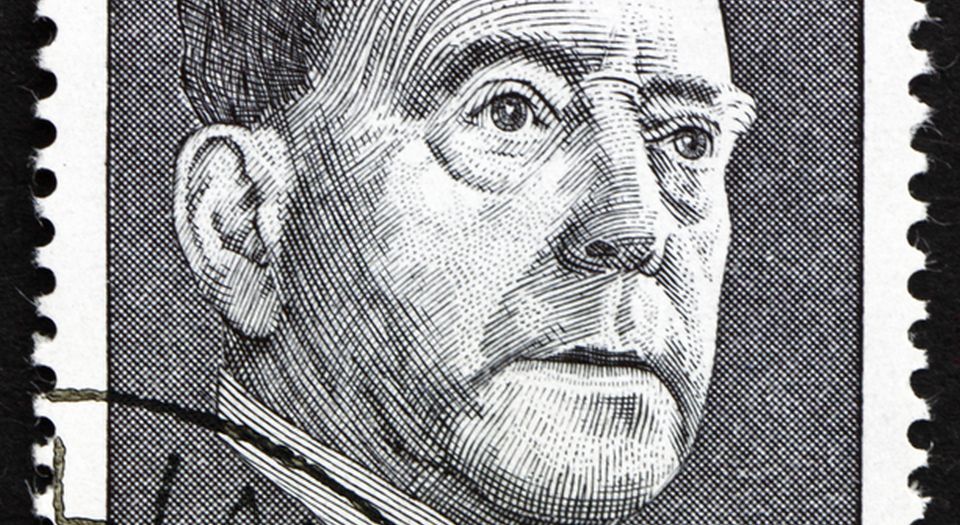 In May 1916, two disillusioned German artists vented their spleen by composing a nonsense collage consisting of newspaper and magazine illustrations. Those two artists were George Grosz and John Heartfield. Their act of rebellion placed them at the creative heart of the dada anti-art movement and gave birth to the satirical photomontage. Although the use of collaged elements had existed in art since the cubists, who used swatches of newspaper, wallpaper and trompe-l’œil fabric in their pictures, the birth of the photomontage turned reassembled photographic elements into comprehensive statements rather than subordinate adornments.

Dada was born out of a sense of despair and anger at a time when it seemed wartorn Europe had gone mad. Photomontage was soon transformed from a nonsense form into an overt form of social criticism, and was used as a weapon against politicians, field marshals and industrialists. While Grosz later moved on to making drawings and prints, Heartfield stuck to making photomontages and the practice became his sole means of expression. He went on to become one of the most famous and effective political artists of the time. John Heartfield: Laughter is a Devastating Weapon offers a fascinating overview of Heartfield’s work.

Heartfield was born Helmut Herzfeld in Berlin in 1891. Abandoned as a child, he grew up in a rackety manner, shunted between foster parents and relatives, spending a considerable amount of time unsupervised. Both he and his brother Wieland had stubborn subversive streaks and developed strong socialist beliefs. During the Great War, Wieland engaged in sabotage activity, while Helmut faked insanity to escape conscription. Disgusted by the anti-British sentiment of wartime Germany, Helmut anglicised his name to John Heartfield. As Wieland sabotaged Germany’s war effort practically, Heartfield’s montages sabotaged it morally.

After the war, Wieland founded Malik-Verlag, a left-wing publishing house specialising in socially conscious novels (including those of Upton Sinclair), history titles and the portfolios of Grosz’s satirical prints. Heartfield worked as a designer for Malik-Verlag and introduced innovative techniques, such as the wrap-around pictorial dustjacket. His anti-establishment covers antagonised official censors. When the authorities censored its covers, Malik-Verlag would simply amend offending areas with boxed legends that read ‘This has been censored’. Naturally, this official interference (and subsequent defiant response) considerably boosted sales.

Heartfield’s most famous montages were covers for the weekly AIZ, an illustrated journal of the left. Although many of Heartfield’s AIZ covers concerned election campaigns, the Spanish Civil War, racial solidarity and industrialisation in the USSR, it is the anti-Nazi montages that dominated his output. Heartfield’s anti-Nazi montages are the most savage and memorable visual political satire since Gillray and Rowlandson. They expose the hypocrisy, venality and monstrous ambition of the Nazi leaders by succinctly summarising truths about the subjects in visual form: Goering is portrayed as a butcher, with cleaver in-hand and the Reichstag burning behind him; Goebbels is depicted fitting Hitler with a Karl Marx beard, in order to pass him off as a socialist patriarch. In one montage, Hitler receives a bunch of banknotes from an anonymous, oversized plutocrat who is standing over him. Sardonically appended is Hitler’s own quotation: ‘Millions stand behind me.’ Masterpieces of design and shrewd in insight, the montages express simple ideas. Few of them needed textual exposition.

Although Heartfield’s natural flair for design, technical competence and ability to create memorable images put him at the forefront of political artists, it is undeniably true that his art ascended to immortality partly because his targets were so despicable and extreme. Berlusconi, Mugabe and Osama bin Laden seem trifling compared with the Nazis. Unlike many leftists of the era, Heartfield understood that the USSR was not the workers’ paradise it was presented as. A visit to the USSR left Heartfield disillusioned over ideological infighting and the aesthetic conservatism of socialist realism. (Soviet functionaries criticised a Heartfield book cover for featuring machinery, commenting that heroic workers would have been more appropriate.) That said, like most on the German far-left, Heartfield made a tragic miscalculation. By agitating against the moderately socialist Social Democratic Party (SPD), he contributed – however minutely – to a fatal division in the natural opposition to the Nazis. Had the fractious left united against Nazism, Hitler might never have come to power.

As soon as the Enabling Act was passed, Heartfield was living on borrowed time. When the Gestapo arrived at his Berlin studio in April 1933, he escaped by jumping out of a window and hiding in a rubbish bin while their search continued. He fled to Prague, where AIZ continued to be published, albeit with a much-diminished print run, until the eve of the annexation of Czechoslovakia. When the Nazis overran Czechoslovakia, Heartfield’s name was fifth on their wanted list. Luckily for him, he had already fled to Britain. He stayed in Britain from 1938 to 1950, spending some time interned as an enemy alien during the Second World War. Ill and considered both politically and artistically suspect, it seems Heartfield did not have a particularly satisfying time in Britain. In 1950 he emigrated to East Germany, where he died in 1968.

This book sets the famous magazine covers against Heartfield’s pristine, unlettered original collages, preserved in the Berlin and London archives. The range and variety of work will surprise readers, who may only know a handful of his montages. Drafts of his compositions show different stages in the design process. Handwritten markings show how cropping was employed to make the images more effective in publication. Notes translate German text and provide explanations of historical figures and events. The book also includes photographs of the artist, first-person testimony of acquaintances and transcriptions of MI5 files and an interrogation of the artist by the East German police.

Heartfield put his life on the line and continued to mock enemies who threatened to kill him and extinguish the ideas he believed in. However one views his politics, his independence and bravery are inspiring. Although he ended up supporting almost every losing cause of his era, Heartfield’s art has an independent life and has left a heartening legacy of opposition to tyranny and hypocrisy.

John Heartfield: Laughter is a Devastating Weapon , by Ernst Volland and David King, is published by Tate. (Order this book from Amazon(UK).)