Who cares what colour philosophers are?

It’s their ideas that matter, not their race or sex. 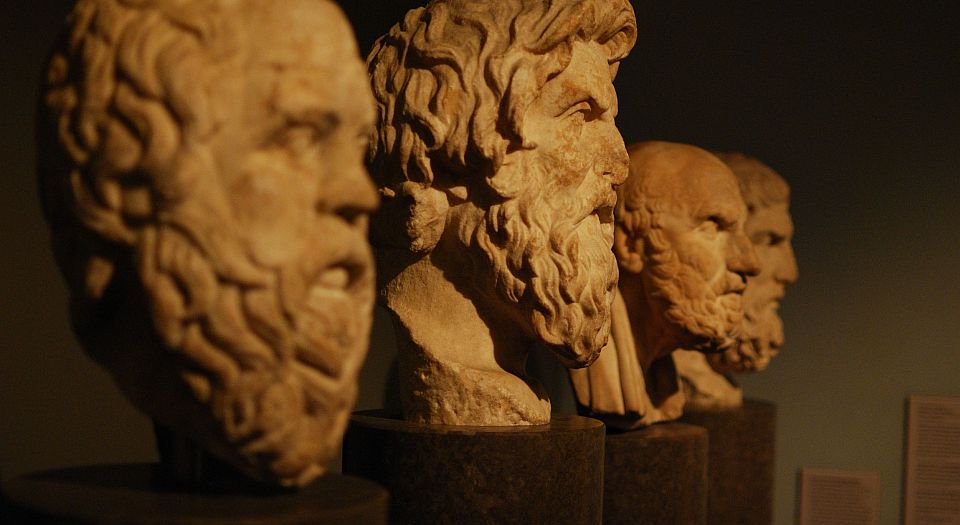 Who’d be a philosopher? Once accused of interpreting the world rather than changing it, philosophers today cause embarrassment simply for existing. They are, it seems, just too white and male for the modern university. In the UK, philosophy has been described as a subject ‘for posh, white boys with trust funds’, and stands accused of being dominated by an ‘aristocracy of sex’. In the US, Project Vox aims to ‘recover the lost voices of women who have been ignored in standard narratives of the history of modern philosophy’. The privileging of identity politics within the academy means that campaigns such as Why Is My Curriculum White? are treated with the utmost seriousness.

Philosophy’s apparent problem with race refuses to go away. Most recently, Nathaniel Adam Tobias Coleman, a leading light in the Why Is My Curriculum White? campaign, has been informed he will not be offered a permanent position at University College London when his fixed-term contract expires at the end of September. Coleman, who strikes out his surname to highlight the way it was imposed upon his family by Jamaican slave-owners, is one of only a handful of black academics employed in a philosophy department at a British university. Now, his proposed ‘critical white studies’ course, which he claimed would put white hegemony ‘under the microscope’, will not be running. Coleman told Times Higher Education that his colleagues did not want him ‘turning the spotlight on to the ivory tower, putting the fear of God into many of its scholars – predominantly racialised as white – who had contented themselves hitherto to research and teach in an “aracial” – aka white-dominated – way’.

News of Coleman’s imminent departure has been used as evidence of the entrenched racism in academia as a whole and the discipline of philosophy in particular. There have been demands for him to be reinstated, including the inevitable Change.org petition urging UCL to ‘Keep Your Black Academics’. The signatories want UCL’s senior managers to ‘intervene to create a permanent, tenure-track position in the department of philosophy’ for Coleman, despite the fact he has few of the credentials normally expected of someone in such a role. Those who have written to Times Higher Education in support of Coleman argue that the requirements for an academic post – such as peer-reviewed publications and research funding – are themselves symptomatic of the way higher education advantages some groups over others.

This public discussion about what qualifies someone to be employed as an academic is useful. It can sometimes seem as if university recruitment panels make arbitrary decisions, based on either tick-box criteria or who they know, with little appreciation of the broader scholarly contribution an individual might have made. Likewise, debating the content of the philosophy curriculum is also important. Students urged to engage with material just because it has always been taught lack any sense of its significance. Arguments about what is most important for students to know prevent academic disciplines from ossifying. There may well be books or scholars that tradition has overlooked and are deserving of a place on the curriculum. Such debates throw open the question of how and why academic judgements are made; in so doing, they also expose the tyranny of identity politics within today’s universities.

Many of those demanding greater representation of black people and women within philosophy suggest that decisions about which philosopher gets taught, and which academic gets to teach, have traditionally been made on the basis of biology rather than merit. They argue that the problem with the existing curriculum is that while it appears politically and racially neutral, it actually serves the interests of white men. Knowledge itself is increasingly viewed not as objective, but as ideologically loaded and representative of the perspectives of a dominant ruling elite. The problem, academic activists argue, is that not only are philosophers such as Mill, Nietzsche and Kant white men, but their work also reflects a worldview that is exclusive to white men and has little to offer anyone else. Within a couple of centuries, criticism of philosophy has moved from a focus on what philosophers think to who they are.

When scholarship was connected to goals of truth and objectivity, the separation of the identity of the individual academic from his or her work and the elimination of subjectivity were fundamental principles. Today, many within universities argue that objectivity is a myth and call instead for recognition of the subjective identity of academics and students alike. Those currently arguing for more black and female philosophers do nothing to challenge their own premise that the curriculum reflects biology rather than merit. They still want potential academics to be judged not on their intellectual contribution but on their gender or skin colour. The UCL petitioners are asking the university to keep its black academics, and not its best, most experienced or most exciting lecturers.

The focus on identity appears to offer a radical challenge to the staid norms of academic work and the historical dominance of white males. It appears to empower groups that have traditionally not been represented or had their views heard in academia. However, it does so in a way that rejects any aspiration towards universal values, and prevents people from going beyond the limits of their own biology or their narrow range of experiences. The assumption that no one can speak outside of their own identity actually prevents criticism of any particular ideas.

Identity politics encourages a focus on a concept of the self that is far removed from the rational, autonomous individual that had traditionally been assumed to be both the creator of, and audience for, academic work. Where emotion was once considered detrimental to scholarship, now the focus on subjectivity and individual identity places feelings at the heart of the university. One consequence of this is a heightened sensitivity to perceived offence, which can be seen in the demand for course content to come with trigger warnings, and for potentially upsetting material to be removed from the curriculum. Ironically, the academics-cum-activists’ dismissal of individual autonomy and rationality is perhaps most detrimental to those who come from the least powerful social groups. The best philosophers speak not just to black students, or to posh white boys; they remind us all of what it means to be truly human.