Why can’t the West fight ISIS?

Underpinning the semi-war against ISIS is a profound lack of moral authority. 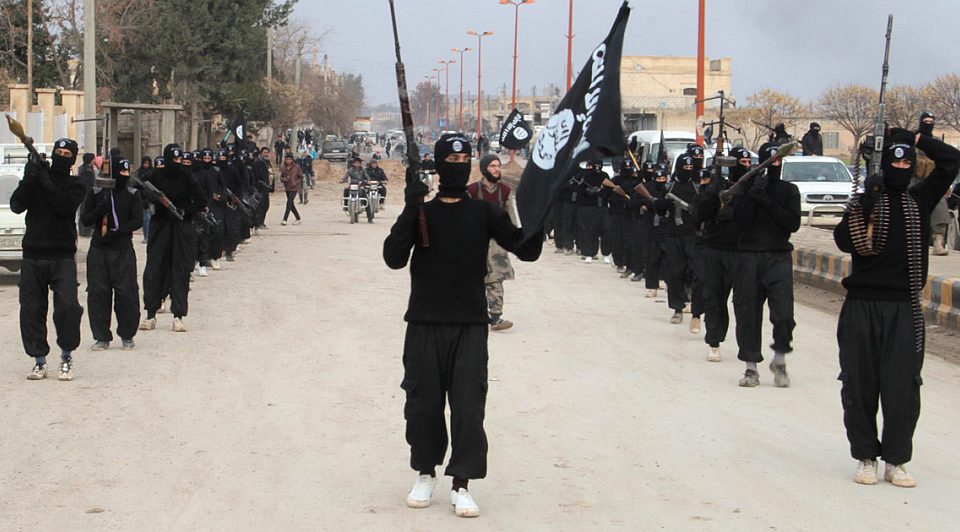 It is now nearly a year since US President Barack Obama authorised a low-level, largely high-flying military offensive in Iraq against the black-clad, SUV-driving militants of Islamic State (ISIS). And yet despite America’s might, despite its efforts being aided and abetted by the Iraqi army, a fighting force into which the US has pumped $25 billion, the US military effort has yielded little in return.

Yes, the town of Tikrit, 140 miles north east of Baghdad, was finally retaken from ISIS by the Iraqi army in March this year. But even that was a qualified success, given the effort and arms expended, the sheer number of inhabitants displaced and killed, and the fact that Iran-backed Shia militias did much of the heavy firing. Elsewhere, rolling back the black-flag-waving blanket covering much of northern Iraq, has proved even more difficult.

In fact, if anything, ISIS seems emboldened rather than in retreat. Last month, a few hundred ISIS fighters managed to take Ramadi, a city of 400,000 people lying just 80 miles west of Baghdad. Many in the West were quick to blame the Iraqi army, which, by all accounts, melted into the near distance as ISIS approached. ‘What apparently happened was that the Iraqi forces just showed no will to fight’, said US defense secretary Ashton B Carter. ‘They were not outnumbered, but in fact, they vastly outnumbered the opposing force. And yet they failed to fight’, he said. Yet to blame Ramadi’s fall on the Iraqi army, which has long been seen by those desperate to join less as a cause than a well-paying career, ignores the fact that Ramadi, situated as it is in the Anbar province, fell under the unofficial auspices of the US, and the Iraqi army it helped to build. No wonder the Iranian Revolutionary Guards’ Quds Force commander, Qassem Soleimani, said that, alongside the Iraqi army, the US also lacked the will to fight ISIS.

That is one of the most arresting features of Iraq’s collapse: the inability of the West, and America in particular, to do anything about it. The West is intervening all right, raining down heavy artillery on ISIS positions, and directing Iraqi ground forces that far outnumber their nihilistic opponents. Yet it’s intervening to no positive effect. It’s present, but impotent. Which is odd. The US army and its allies have never been more highly militarised, and more intimidatingly technologically armed, and yet, before a smallish army, its committed ranks swelled by the might of untrained fighters from Western suburbia, the US and its pals are fumbling, struggling and failing.

The result of the West’s incapacity, and the collapse of its regional proxy, the Iraqi state, has left the fight against ISIS to others: the Kurds in northern Iraq, and, increasingly, Iran-backed Shia militias across the whole of Iraq. Indeed, so key has Iran become in the fight against ISIS that Soleimani has emerged from his long-term location in the shadows to pose for selfies with Iraqi fighters.

There’s no doubt that the seismic shifts in the political landscape of the Middle East over the past few decades have contributed to the current impotence of the West. Its authority, which was once grounded on the certainties of the Cold War, and, later, on ethically veneered might, has ebbed, with the Iraq War and the Arab Spring quickening the outflow.

But there’s more to it than that. It’s something that Soleimani himself touched on when he questioned America’s lack of will to fight ISIS, something that haunts the overinflated rhetoric of Western politicians whenever they doth protest too much of ISIS, something that reaches much deeper into the Western cultural psyche. That something is a lack of moral authority, an inability not just to say that ISIS is wrong, that it presents an ‘imminent threat to every interest we have’, that it is the most ‘serious threat we face’, but to believe it is wrong, too. To believe, that is, that everything ISIS represents, that every one of its authoritarian, humanity-effacing practices, every one of its illiberal, pre-ethical aspects is wrong. And, likewise, to believe that the relative material abundance of the West, that our largely democratic, liberal polities, and the profound hundreds-of-years-old traditions from which they draw their residual force, are hugely superior to the oppressive, joyless austerity served up in Raqqa or Mosul.

Far from being able to draw on Western traditions as a source of superiority, far from being able to identify the Western way of life as better, as something worth fighting for, Western leaders can only see sources of shame, and reasons not to judge others too harshly. Hence, a couple of months ago, the nominal leader of the free world, Barack Obama, said that we largely Christian Westerners should stop thinking ourselves above ISIS-style Islamist violence. ‘Lest we get on our high horse and think this is unique to some other place, remember that during the Crusades and the Inquisition, people committed terrible deeds in the name of Christ… [And] slavery and Jim Crow all too often [were] justified in the name of Christ.’

Over and over again, it’s the reasons not to judge others that dominate Western political culture: to criticise militant Islamists is to indulge in Islamophobia; to extol the virtues of Western civilisation is to approve of instances of Western barbarism; to judge Western culture superior to that served up elsewhere is to indulge in little more than racism. A profound self-loathing has eaten away at the foundations of the West’s moral authority.

That’s why an air of futility hangs over the anti-ISIS conference held in Paris this week – and not just because US secretary of state John Kerry can no longer attend because he’s hurt his leg. At a profound level, too, many think the fight against a force as backward and endarkening as ISIS is not worth fighting, because there is nothing worth fighting for.