The inhumanity of Britain’s surrogacy laws

Forcing a surrogate mum to part with her child is an outrage. 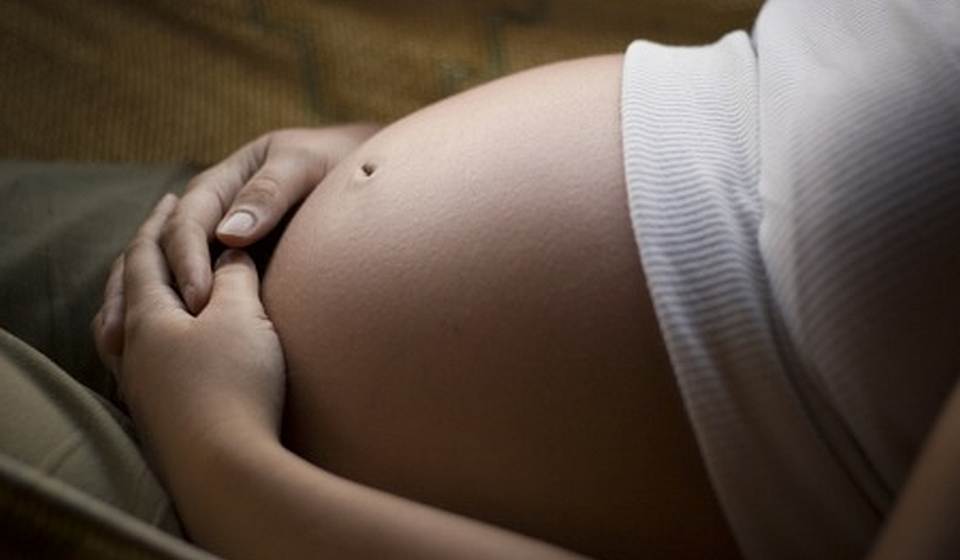 Earlier this month, the English High Court forced a mother to hand her 15-month-old toddler, Baby M, over to the man who had commissioned the baby by surrogacy. In response to this ruling, there was muted criticism and little discussion of any need to change the law in favour of mothers. Indeed, if it hadn’t been for the fact that the mother was forced to hand her child over to a man and his gay partner, it seems unlikely that the case would have been deemed newsworthy at all – the Daily Mail’s headline, ‘Judge takes toddler from “homophobic” mum to live with gay dad and his lover’, is a case in point. Yet the fact that our courts can force any mother to hand her baby over to any commissioning father should be the real point of concern. Something is seriously wrong with the moral compass of our policymakers.

Baby M was conceived artificially with the father’s sperm after the mother and commissioning father, H, entered into a surrogacy agreement. But by the time of Baby M’s birth, it was clear that the mother wanted the child to be hers. She made sure H was not at the hospital when the baby was born, she registered the birth without putting H on the birth certificate, and she chose the baby’s name.

Within a fortnight of the baby’s birth, H and his partner went to court. Fifteen months later they obtained a court order that said the toddler must live with them, while the mother’s contact with the child would be limited to visits supervised by an official. By court order, then, this toddler will not be allowed to live, or stay overnight, with her mother. To all intents and purposes, the normal mother-daughter relationship is at an end. H and his partner are now responsible for bringing up Baby M for the remainder of her childhood.

Some of those in the press directed their ire at the judge personally, after noting that she was the first judge to insist on being addressed as ‘Ms’ rather than ‘Mrs’, and that she did not have children of her own. These criticisms are misplaced. The judge reached her conclusion by applying the law, and it’s a law that required the judge to disregard the mother’s interests. Yes, you read that sentence correctly: if a surrogate mother changes her mind and reneges on an agreement to give her baby to the commissioning parents, then all parties may come to court with an equal right to have the baby. The Court of Appeal accepted in 2007 that ‘both sides start from the same position’. The fact that the mother has carried the baby for nine months and given birth to it gives her no right to resist a residence application from the commissioning father. The fact that the biological parents have never been in a relationship is also to be disregarded. The law on surrogacy now treats the birth mother as little more than a vessel – and that is inhumane.

In a surrogacy agreement the commissioning father will surely have made a considerable emotional investment and one can understand his disappointment if the woman who agreed to hand over her baby changes her mind, or, indeed, if she decides to abort the baby (as can happen). But the circumstances of the mother and father in a surrogacy agreement are not comparable, at least not in the eyes of anyone who values the right of a woman to have bodily autonomy and to determine the future of her offspring. Put simply, the mother should always have the right to change her mind. As Frank Furedi has pointed out, no woman who agrees to be a surrogate can be sure how she will feel about the child-to-be as it grows in her womb. These rights should also apply to women who never intended to hand over the baby (which is what the judge found to be the case with regard to Baby M).

The absence of outrage in response to the Baby M case, the dearth of loud calls to change the law to protect the mother of a surrogate baby, speaks to the moral temper of our times: the rights of a mother have been eroded by a discourse of misplaced equality and contractual rights that flattens the moral landscape.

The notion that a mother can have rights is anathema to today’s policymakers, who have been schooled in the discourse of equality, as now ratified in the Equality Act, to reject instinctively any form of differential treatment on the grounds of sex. A judge would not today repeat the words of the Court of Appeal in 1992: ‘[A baby’s] welfare requires that for the time being she should be with her mother… There is a rebuttable presumption… that the best interests of a baby are served by being with its mother.’ (1) This sentiment showed the willingness of policymakers in an earlier era to recognise the particular rights of a mother in the aftermath of a birth.

The mother’s rights also came to the fore in a disputed surrogacy case in 1987, when the High Court had to consider a residence application for surrogate baby twins made by the commissioning father and his wife. The judge found that the commissioning parents were able to offer a ‘materially and intellectually superior’ home for the twins, yet he dismissed the application after giving considerable weight to the ‘disadvantage of [the twins] leaving their mother with whom they were bonded’ (2).

The sentiment of this earlier era was captured in the 1984 Dame Mary Warnock-led Report of the Committee of Inquiry into Human Fertilisation and Embryology, which observed: ‘It seems likely that only in very exceptional circumstances would a court direct a surrogate mother to hand over the child to the commissioning couple.’ Up until this report, a disgruntled commissioning father could, in theory, invoke residency laws for children, which were similar then to the laws now applied in the Baby M case. But back then, the committee could be confident that the courts would not allow these laws to be used in a surrogacy case, unless, say, the mother posed a serious threat to her child. In 1984 there was a moral landscape that recognised the rights of a mother.

While policymakers have flattened the moral landscape, judges have been given a free hand to intervene in disputed surrogacy agreements and to make judgements under the rubric of doing what is in the child’s best interests. Clearly, if the mother is a violent heroin addict, for example, then there would be a case for intervening and acting in the child’s best interests. But the Baby M case did not raise such issues and the judge noted that, under her mother’s care, the child ‘has come to no serious harm’.

In cases like that of Baby M, the court makes judgements about a child’s best interests in ways that reflect current norms about good and bad parenting. In the Baby M case, the judge criticised the mother’s attempt to discredit H and his partner ‘in a homophobic and offensive manner’. She noted that the mother ‘used offensive language including stereotypical images and descriptions of gay men to portray the applicants’.

The judge also found the mother guilty of ‘constant attempts to case-build’ by proposing to carry on breastfeeding for an indefinite period to create an ‘emotive image of a child being removed from her mother’s breast’. The judge noted the ‘mother’s overemotional and highly involved role in this infant’s life’ because, for instance, the child was still being breastfed and carried in her mother’s sling at 15 months. These were no doubt behaviours induced by an anguished and not particularly well-off or educated mother desperate to cling to her daughter in a courtroom, where she was often without a lawyer and was hopelessly out of her depth.

On the other hand, the father and his partner – who instructed ‘the UK’s original fertility law firm’ and a Queen’s Counsel to present their case – ‘were better off’ and had ‘moved to Clapham to a larger house… for the purpose of accommodating their new family’. The judge found the gay men to be ‘a devoted and close couple’, ‘measured’ when giving evidence, and credible, straightforward and composed witnesses.

There was clearly material to justify the judge favouring the father over the mother. But policymakers should take a step back and ask whether it is desirable that a case of this sort should ever have gone to court. Given that the mother had not caused her child any serious harm, shouldn’t the law have accepted the mother’s right to raise her child? Is it now the case that a surrogate mother faces the possibility of enduring emotional anguish unless she is wealthier, more articulate, more composed, more politically correct and more in touch with the latest views on parenting than the commissioning parents?

When Warnock presented her report in 1984, she noted that ‘there is little doubt that the courts would treat most, if not all, surrogacy agreements as contrary to public policy and therefore unenforceable’. Warnock was a moral philosopher and she wrote at a time when society had a moral sense of a mother’s rights and of the inhumanity of forcing a mother to abide by a surrogacy agreement. Writing recently in the Guardian, on another moral dilemma being fought out in court, Simon Jenkins noted that when ‘we need a philosopher… all we get are bloody lawyers’.

Jenkins highlights the key problem. In the 31 years since the Warnock report was published, public policy on surrogacy has been developed by ‘bloody lawyers’. They have absorbed the moral temper of their times and, in doing so, they have flattened the moral landscape with their misplaced notions of equality and contractual rights. On this flattened surface they have built a legal edifice that is a testament to the inhumanity of current surrogacy laws.

Jon Holbrook is a barrister based in London. He was shortlisted for the Legal Journalism prize at the Halsbury Legal Awards 2014. Follow him on Twitter: @JonHolb.