Why the baronial fight against King John still matters. 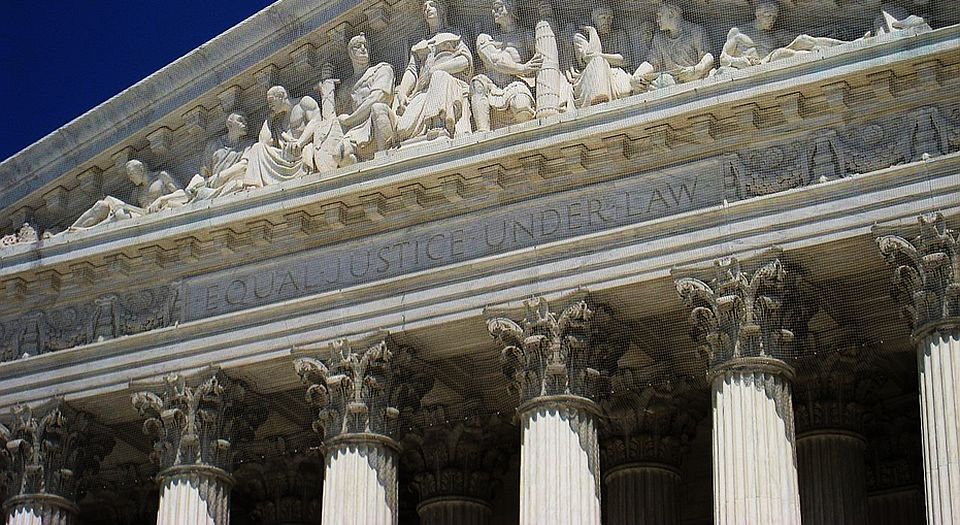 The sealing of Magna Carta was a major step towards the concept of speaking truth to power in the Western world. What it was not was a rock band or something to do with volcanoes, both of which were responses to man-on-the-street interviews about Magna Carta conducted in Washington, DC recently.

In fact, Magna Carta is an 800-year-old document setting out certain baronial rights in England in 1215. Granted, at first thought, that may not necessarily set Americans’ collective colonial toes to tapping. But perhaps it should.

First, for our uninformed street interviewees: Magna Carta has rocked the Western world for centuries, setting off tremors that still reverberate in the US Bill of Rights about individual liberties and the concept of speaking truth to power.

The facts about Magna Carta are that it was an ephemeral agreement between 25 nobles and King John. The original agreement was in effect only for a short time after the 15 June sealing, before being voided by Pope Innocent III. It provided measures of protection from illegal imprisonment; established a fairer system of justice for, at least, the elite; set out certain church rights; and defined nobles’ payments and obligations to the Crown. It would take succeeding charters through the centuries to establish a legal structure in the UK.

But it’s more the ‘lore’ rather than the ‘law’ of Magna Carta that has stood the test of time. It created the foundation for individual rights in Britain, and, as an essential statement on such rights, it helped inspire the authors of the Declaration of Independence, the US Constitution and the Bill of Rights, not to mention America’s reverence for the rule of law.

Just a few decades ago, a renowned British lawyer declared Magna Carta ‘the greatest constitutional document of all times – the foundation of the freedom of the individual against the arbitrary authority of the despot’.

Only four copies of the original document still remain, one of which – courtesy of American financier and philanthropist David Rubenstein, who paid $21.3million for it – is in the National Archives in Washington, DC, preserved along with the founding documents of the US.

But while the vellum sheets (made from calfskin) of Magna Carta are preserved, there’s real debate in the world over whether or not the freedoms that have their beginnings in the charter might well be on the decline.

Freedom of expression and freedom of religion are under challenge worldwide. Modern despots fear free thought as much as the force of arms, particularly in today’s interconnected world. And even some who see themselves as anything but despotic paradoxically set out to defend freedom through the suppression of that which upsets, insults or provokes a class, group, faith or belief structure.

Modern despots’ attacks on free expression are easy to spot, given that they use the obvious tools of terror, imprisonment and murder. The offence-taking liberal is a more difficult opponent – both to define and to rally against.

For example, critics of the Westboro Baptist Church demonstrators – who appear at funerals of US military members who have been killed in combat, carrying placards with hateful and vulgar messages about gays, Catholics and others – didn’t push for outright censorship in their attempts to silence what they viewed as hurtful voices. Rather, the critics’ main tactic was to use an oblique approach to limit speech or at least chill the speakers.

In the 2011 court case brought against the Westboro Baptist Church’s right to protest (Snyder vs Phelps), it was claimed that the Westboro demonstrators’ exercise of free speech and assembly constituted the ‘intentional infliction of emotional distress’. The US Supreme Court, in seeing the challenge for what it was, held that the group should not be punished for finding an effective – if obnoxious – way to be heard, and stated once again that even speech that causes distress must be protected when it concerns matters of public interest.

In the always complicated and conflicted area of religious liberty, the challenge that echoes right through from 1215 is to define the line between church and state – and where the state’s interests rest in protecting not just religious freedom ‘to’ but also religious freedom ‘from’.

Ironically, the modern-day dispute that most spans the globe is linked to a history that predates even Magna Carta – the collision between Christianity and Islam, and the specific controversy involving Islam and its tenets forbidding illustrations depicting the Prophet Muhammad.

A decade ago, the dispute hit the headlines when a Danish newspaper published crude caricatures of the prophet, which were subsequently republished across European news outlets, setting off a literal firestorm of protest in parts of the Muslim world. The original purpose of publication was lost, largely, in the desire to publish to prove one could publish – pushing back against laws extant or in the past that banned such ‘blasphemy’ or, in less churlish terms, challenging laws that provided penalties for those who attack faiths, particularly minority beliefs.

The ongoing dispute has periodically led to violence, including the massacre on 7 January this year at the Paris offices of Charlie Hebdo, in which 12 people died, and, most recently, in the thwarted attempt by a pair of armed gunmen to disrupt a deliberately provocative cartoon event in Garland, Texas.

While many rushed to defend freedom of expression following the Charlie Hebdo attack, the attack also provided traction for those, including French lawmakers, seeking to expand laws that criminalise speech that insults an entire social-status ‘laundry list’ – religion, race, ethnicity, nationality, disability, sex or sexual orientation. Just days after the killings, the French state increased its surveillance of the public and those whose public statements might invite hate or advance unpopular views – all of which is the very definition of a chilling effect, if not censorship.

Even with the strong protections of the First Amendment, in the aftermath of the Garland incident some officials, and some news media, rushed to call for limits on groups like the one that organised the Muhammad cartoon-fest, rather than defending the group’s right to be provocative – even repellent – in the ‘marketplace of ideas’.

So, back to Magna Carta and what started it all: the idea of thoughts and rights independent of the whims and wishes of a king, who ruled both with a sword and the idea of divine authority. Granted, a single voice and singular mind’s point of view will settle matters with less fuss and muss. But even a few dozen barons 800 years ago found that limiting system unacceptable and pushed through what we might call the ‘meadow of ideas’, if not a true marketplace. All these generations later, we still must be vigilant against those who would limit freedom in the name of safety, or muzzle discordant voices in the name of domestic tranquillity.

Eight centuries after Magna Carta was sealed in a field in Runnymede, if we don’t stand at the figurative parapets to defend true freedom of expression and religious liberty, we’ll lose them.

And then, to paraphrase a modern saying about terrorists and freedom: ‘King John wins.’