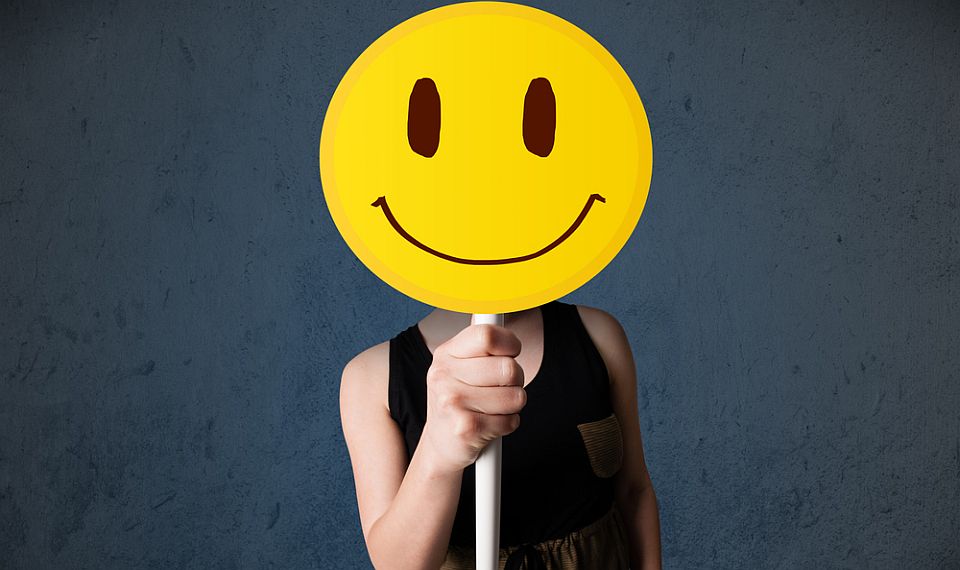 British workplaces may not have ‘chief happiness officers’, as some American companies do, but university HR departments and the National Union of Students (NUS) seem to be falling over themselves to sponsor a widening array of ‘wellbeing’ activities. And that’s not all. A growing number of university validation boards are happily accrediting a bewildering range of courses and modules in subjects such as ‘emotional intelligence’, ‘resilience’, ‘mindfulness’ and ‘mental toughness’, despite the theoretical underpinnings of these new courses remaining hotly contested. What’s more, universities are raking in the money as a result.

As shown by two new books – Semiotics of Happiness: Rhetorical Beginnings of a Public Problem, by Ashley Frawley, and The Happiness Industry: How the Government and Big Business Sold Us Wellbeing, by William Davies – happiness is, literally, big business. The combination of a deepening pessimism in the West about citizens’ emotional states and successive governments’ desire to measure and intervene in our wellbeing has helped to spawn an expanding and profitable global industry. In the UK, mental-health charities, campaigning organisations, therapists, psychologists and consultants compete to tout expensive short courses and ‘away days’ in wellbeing. Among those rushing to sign up, or being made to attend, are chief executives, managers, practitioners and their clients, students, support staff and civil servants. Meanwhile, the number of journals, articles and popular self-help guides promoting this ad hoc variety of routes to happiness and wellbeing seems to increase daily.

So the study of happiness drives a profitable industry, mainly because, as Davies shows, corporations are increasingly worried about the psychological state of their workers. Tracing the roots of Britain’s booming happiness industry in utilitarian philosophy, Davies argues that philosopher and jurist Jeremy Bentham ‘set the stage for the entangling of psychological research and capitalism that would shape the business practices of the twentieth century’. Today, governments and big businesses around the world are using behavioural economics, neuroscience and various strands of psychology in order to generate measures of citizens’ subjective wellbeing and to produce devices that can capture, monitor and respond to mass sentiment. Corporations making use of this burgeoning new field include British Airways, Facebook and Google. The growing global popularity of mental-health-measuring apps is one manifestation of these developments.

In Davies’ critique, the happiness industry is far more than a fad. Rather, it is an outcome of, and a response to, a capitalist crisis that, according to Davies, goes much deeper than mere financial ineptitude, corruption or globalisation. As the threat of workers’ insurgence fades into distant memory, new forms of resistance to capitalist exploitation emerge through rising levels of absenteeism, unenthusiastic presenteeism, apathy, stress (now the biggest cause of sick leave), and other low-level mental-health problems such as anxiety. And, according to Davies, a creeping psychological malaise affects the motivation and psychological staying power of executive elites just as much as the lowest paid.

There are also insidious aspects to the drive to measure and intervene in our emotional wellbeing, especially in the ‘murky world of workfare that lies in unaccountable gaps between the market and the state’. Here, a lack of jobs no longer suffices as a reason for unemployment: instead, a flourishing commercial market pushes life coaching, behaviour-activation strategies and programmes to restore self-belief and optimism as conditions for welfare benefits.

Workplaces are far from immune to this punitive dynamic: some occupational psychologists are calling for companies to sack workers who are unenthusiastic about wellbeing interventions. Apparently their lack of ‘engagement’ is contagious. This signals that even the motivation to do your job, or to keep applying for one, is no longer enough: you must show active enthusiasm for the myriad attempts of business and government to support your wellbeing. The fact that institutional systems for wellbeing advice, review and appraisal are masked in the language of ‘mentoring’ and ‘offering support’ should set off alarm bells. At the university where I work, I’ve lost count of the number of times that this language has been used in meetings to claim that individuals (whether peers or students) lack confidence or are disengaged.

Disentangling the complex cultural imperatives in these developments is no easy sociological task. Yet, while Davies’ book has interesting data and insights, and offers a strong warning about the rise of the happiness industry, it seems to push a type of conspiracy theory: namely that governments and big businesses are somehow duping us, and making money in the process. This overlooks some key factors driving the happiness industry. First, it is not just employers who impose ‘support’ and interventions on workers: as I and Dennis Hayes observed in our book The Dangerous Rise of Therapeutic Education, British trade unions have been offering various forms of psychological ‘support’ – in response to stress, workplace bullying, sackings and restructurings – for over 15 years. Secondly, apart from a fleeting reference to a pilot of the Penn Resiliencey programme in some British schools, Davies seems to be unaware that wellbeing programmes are now rife in the UK education sector (referred to euphemistically in the Conservative and Labour education policies as ‘character education’).

But perhaps most importantly, Davies’ argument that government and big business are having to respond to problems that modern capitalism has created overlooks the profound impact of a broader therapeutic culture. As Frank Furedi observed over a decade ago in Therapy Culture: Cultivating Vulnerability in an Uncertain Age, therapeutic culture arises from, and responds to, diminished social and political aspirations. In this regard, the original and provocative insights in Ashley Frawley’s Semiotics of Happiness illuminate how the happiness and wellbeing industry is suffused with a ‘morality of low expectations’. Through their antipathy to material and economic growth, she argues, those who see themselves on the radical left are especially implicated in promoting a deeply pessimistic sensibility that regards citizens’ psycho-emotional vulnerability as an outcome of economic and social progress.

Frawley charts in forensic detail the speed with which happiness has been recast as a social problem. This stems, she argues, from leftish academics, journalists and commentators who have promoted to policymakers the idea that happiness does not increase in proportion with wealth. In response to the left’s growing disaffection with the politics of growth and material redistribution, it has embraced ‘moral forms of consumption that leave the deeper mechanisms of capitalism untouched’. Society’s profound disillusionment with progress has created the conditions for the happiness lobby to thrive.

From all political perspectives, dealing with psychological vulnerability has come to be seen as a radical alternative to campaigning for material growth and the redistribution of resources. Here, Frawley’s thesis complements Ken McLaughlin’s analysis in Surviving Identity of the rush by ‘survivor’ movements and groups to embrace ‘vulnerability’ as the basis for identity claims. As Daniel Goodley and I have written elsewhere, vulnerability has been recast as a progressive, even emancipatory stance – presented as a springboard, almost, for political resistance to capitalism – alongside an intractable rejection of material progress.

Leftish politics therefore plays a key role in forming an overwhelming political, academic and professional consensus around the idea that growing numbers of ‘the hapless public’ are psychologically vulnerable, or, as commentator Will Hutton claims, ‘do not possess the mental equipment to be rational about why and what they choose’. The idea that growing numbers of us are all, to a greater or lesser extent, mentally ill – that we are overwhelmed by material progress and, indeed, by life itself – leads to the conclusion that we need some sort of state- or employer-sponsored intervention to ‘support’ us. It is this self-fulfilling prophecy that has fuelled the rise of mindfulness, cognitive behavioural therapy and resilience training.

Both books also raise questions about whether the crisis of wellbeing in modern society is merely a sophisticated cultural construction or whether there is a genuine ‘psychological collapse’ taking place. I was reminded of this question when listening to a debate entitled ‘Are we all vulnerable now?’. In the final round of audience questions, a young man asked how the panel would account for the fact that most of the middle-class, advantaged people he knows ‘are falling apart’ psychologically. There really is a crisis, he continued, and it’s not just a social construction.

Despite the usefulness of these books in charting the cultural, corporate and political appeal of vulnerability, and in mounting challenges to the happiness industry, I’m not sure we’re much closer to answering his question. I am sure, though, that without challenge or resistance, we are all increasingly likely to become sitting ducks for some sort of compulsory, spurious and profitable wellbeing intervention.

Kathryn Ecclestone is professor of education at the University of Sheffield and co-author (with Dennis Hayes) of The Dangerous Rise of Therapeutic Education, published by Routledge. (Buy this book from Amazon(UK).)

Semiotics of Happiness: Rhetorical Beginnings of a Public Problem, by Ashley Frawley, is published by Bloomsbury. (Order this book from Amazon(UK).)

The Happiness Industry: How the Government and Big Business Sold Us Well-Being , by William Davies, is published by Verso. (Order this book from Amazon(UK).)