‘Everything that Magna Carta stood for is being buried’

Peter Hitchens talks to Tom Slater about the phoney nostalgia for the great charter. 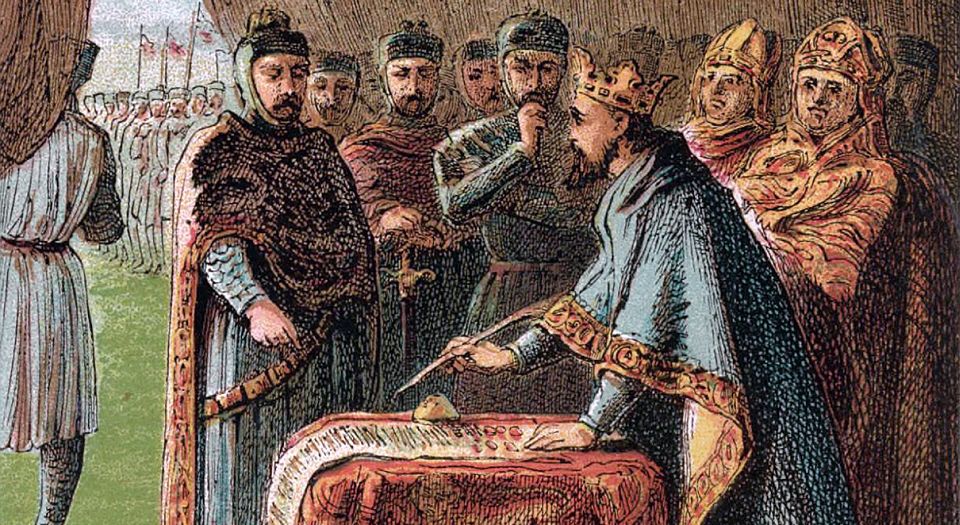 ‘It’s quite often the case that, like a gangster funeral, the louder the cries of love and reverence for something the happier those involved are to see the thing buried.’

So says Peter Hitchens, conservative firebrand, columnist for the Mail on Sunday and possessor of one of the finest-tuned bullshit detectors in the British Isles. Talking to me down the phone from his home in Oxford, we discuss Magna Carta – that near-mythic document that 800 years ago this June placed restrictions on the exercise of royal power in England for the first time.

But, amid all the blockbuster exhibitions, misty-eyed speeches and documentaries, Hitchens says that the hard-won liberties that began life at Runnymede in 1215 are withering away. ‘Magna Carta stands for a principle’, he says. ‘It stands for the rule of law over power. And that seems to me to be disappearing at an amazing rate.’

The interminable witch-hunt against so-called historic sex abusers is, he tells me, central to this attack. Recently, Lord Janner became the latest high-profile target of the post-Savile hysteria. While the dementia-suffering Labour peer was deemed unfit for trial, this didn’t stop the vociferous demands that he be ‘brought to justice’ for, allegedly, abusing young boys in the Seventies and Eighties. ‘There seems to be a presumption of guilt with anyone who is charged with sexual abuse’, says Hitchens. ‘The presumption of innocence means the state cannot just put people in prison because it doesn’t like them. But this is rapidly ceasing to be the case.’

But it isn’t just moral panic that’s behind this; a top-down drive to strip us of the rights enshrined by Magna Carta has been wearing on for the past 50 years. ‘One of the great unintended consequences of the great charter was jury trial. This is one of the most powerful constraints on state power ever invented. But it’s been circumvented.’ This began, Hitchens tells me, in the 1960s, when Labour home secretary Roy Jenkins introduced majority jury verdicts in a supposed attempt to tackle jury tampering. Since then, the UK Crown Prosecution Service (CPS) has continued to undermine jury trial, even urging judges in guidelines it published last year to tackle jurors’ ‘unconscious bias’ in rape trials. ‘While maintaining the outward appearance, we’ve destroyed the essence of jury trial’, reflects Hitchens, ‘which, as far as I can see, is the greatest protection that the subject has against the power of the state’.

So how have the principles enshrined in Magna Carta, which would later go on to inspire the Levellers and the US Founding Fathers, come to mean so little in Britain? Part of the problem, Hitchens says, is the underhand way in which judicial reform has crept in. ‘The enemies of liberty never directly confront it. They all follow [Hungary’s former Communist Party leader] Mátyás Rákosi’s dictum, which is the best way to destroy something which people value is by salami-slicing. The thinner the slice, the less it’s possible for anyone to oppose it. Then, 20 or 30 thin slices down the line, the thing’s practically gone.’

Still, this hasn’t stopped figures across the political spectrum attempting to exploit the mythos of Magna Carta for political gain. Last October, Tory PM David Cameron announced plans to scrap the EU-ordained Human Rights Act and introduce a new British Bill of Rights by invoking Magna Carta’s legacy. ‘This is the country that wrote Magna Carta… We do not require instruction from judges in Strasbourg on this issue’, Cameron said.

Hitchens, a man so conservative he’s been willing on the demise of the Conservative Party for decades, is unconvinced by this ‘electoral drivel’. But he’s as unimpressed by those on the left who are mounting a defence of the Human Rights Act by positing it as Magna Carta’s pious offspring. ‘They’re conceptually completely different. Human rights are a codified gift of the state to the people which can be withdrawn – every human-rights charter contains a clause that says in various states of emergency it won’t apply. Magna Carta and its children, the American Bill of Rights and the [existing] British Bill of Rights, are wholly different things. They are restrictions on the power of government.’

Where the rights enshrined in Magna Carta restrict state power, human rights, Hitchens says, entrench it. ‘Hard, old-fashioned restrictions on what government does, dreamt up by the squires of Buckinghamshire or the squires of Virginia, are much more use than airy declarations of rights that can be withdrawn, altered and cancelled, at any time, by the very government whose power you hope to restrict.’

In response to Hitchens’ strident defence of Magna Carta, there will always be those who crow on about its origins. As one Guardian columnist put it recently, the great charter was ‘imposed by powerful barons’ and ‘meant diddly squat to average English subjects’. But, Hitchens maintains, there was still a kernel of liberty, encased within what was an otherwise self-serving treaty, which inspired revolutionaries and new nations to come.

‘We are fantastically lucky as a nation to have had this almost accidental restriction placed on power from which so many good things have grown’, he says.

‘The lesson is: if you get lucky, why spit on your luck?’