Far from being parochial, Top Gear was loved from Italy to Iran. 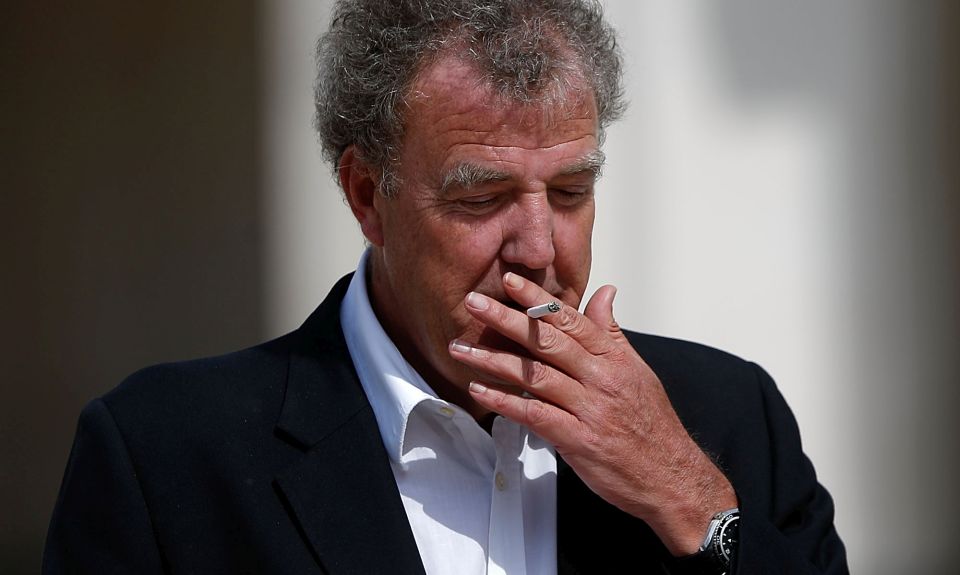 Jeremy Clarkson is viewed by his detractors as something of an oaf and a brute, a man whose plainspoken pronouncements on public transport, cyclists, health and safety (‘gone mad’), bus lanes (‘why do poor people have to get to places quicker than I do?’), public-sector workers going on strike (‘I would have them taken out and executed’) and climate change (‘ecomentalism’) mark him out as a kind of antediluvian embodiment of the Daily Mail. And between his suspension from BBC TV’s Top Gear earlier this month and his final departure this week, not a single censure-ridden profile of Clarkson failed to mention his unkind asides about Mexicans, Burmese and Argentinians.

Yet it is paradoxical, ironic even, that a TV presenter charged with today’s most grievous transgression – racism – has been responsible for creating a show that has an appeal that transcends borders, race and national divisions. Clarkson helped to turn Top Gear into the world’s most successful non-fiction TV programme: in 2013, Guinness World Records proclaimed it the most widely watched factual TV show on Earth.

It is watched by 350million people in 170 countries. It has been dubbed into eight languages. Homegrown versions of it have been created in Australia, Russia, the US, South Korea and, from last week, France. Yet still Top Gear is regarded as a show chiefly for parochial, provincial types who live in a land of ‘converted farmhouses, country pubs, Range Rovers, polo-necks and flat caps, hearty laughs, male solidarity and a steady belief in the Satanic provenance of traffic wardens’, as David Aaronovitch put it in The Times yesterday.

Paleoconservatives disdain Clarkson as much as the metropolitan, liberal left do. The Daily Telegraph’s Timothy Stanley yesterday also bemoaned ‘the cult of Jezza, a cult that is materialistic and brash and a celebration of loadsamoney’. How odd it is to deplore the popularity of this unsophisticated parvenu, when one considers how Top Gear has become the most genuinely internationalist programme… in the world (as Clarkson would put it).

When Clarkson’s suspension was announced, one of the first to express sadness was his Farsi voiceover, Mozaffar Shafeie, who helps to translate Top Gear for the benefit of the show’s multitude of viewers in Iran. As much as it might grate on the tender sensibilities of Clarkson’s detractors in the UK, his oafish, crass manner is actually fundamental to his popularity in the Islamic Republic. ‘His humour is so inappropriate and not at all what you hear on state TV’, said the BBC’s Darius Bazargan, who made a documentary in 2008 about motor racing in Tehran, before adding, ‘that must account for some of [Top Gear’s] appeal’.

Indeed, the show is huge in the Middle East. Before Syria descended into catastrophe, we saw on their 2010 trip from Iraq to Israel Clarkson and his co-presenters, James May and Richard Hammond, being mobbed by adoring passers-by in the now beleaguered country. The BBC correspondent Daniel Adamson recalls once pulling into a roadside cafe in the Jordan Valley, not far from Jericho in the West Bank. It was late at night, but there were still 20-or-so Palestinian men sitting around on plastic chairs, smoking shisha pipes and watching the ‘Star in a Reasonably Priced Car’. Adamson recounts a similar scene beneath tin roofs in the slums of Mumbai.

On another occasion, he found himself in a taxi on a Peruvian dirt road near the old Inca city of Sayhuite. His driver, a Quechua Indian, having discovered that he was British, asked him but one question: ‘Who is the Stig?’

The BBC’s decision not to renew Clarkson’s contract this week consequently made headlines outside Britain. La Repubblica, the equivalent of the Guardian in Italy, speculated on the consequent gloomy outlook for ‘lo show dedicato alle auto più popolare al mondo‘. While Italian viewers like to jest that the British don’t even make their own cars any more, this doesn’t detract from Top Gear’s essential appeal in Italy and elsewhere: its larks, hijinks, risk-taking and challenges. Keep in mind also that Top Gear’s blokeish tenor is not offputting to women: 40 per cent of the show’s viewers are female.

On Wednesday, France’s Le Figaro also wondered what would happen to ‘l’émission culte‘ of which ‘chaque semaine, 6.5 millions de téléspectateurs regardent le magazine‘. ‘Clarkson is gone and Top Gear leaves a hole in my motoring life’, ran a headline in the Irish Independent, a newspaper that published no less than 11 articles about the affair online yesterday.

Most impressive of all, and a vivid indication that Germans understand Top Gear’s semi-serious, knockabout humour somewhat better than the liberal-left halfwits in the UK, Stern magazine included in its report a link to ‘Top Gear’s best quotes’; topping the list was ‘Only Hitler thought open-top cars were good’.

The BBC has already had to cancel live Top Gear shows in Norway. Even before the final dismissal, its suspension of Clarkson cost it millions globally in contracts it has failed to honour. It may be true, as Rod Liddle maintains, that a BBC ‘still run by the white, liberal, upper middle classes’ wished to unburden itself of this dreadfully embarrassing, uncouth arriviste. Or maybe assaulting a colleague, for which Clarkson is charged, was a legitimate sacking offence.

What is not in dispute is that the BBC has lost a real asset, because the show will not be the same without him. ‘Clarkson is one of the very few examples of on-screen British talent who is not a film star but has global appeal’, media commentator Neil Midgley told The Times yesterday. Top Gear is a genuinely international concern, earning BBC Worldwide £50million a year. This jolly, life-affirming show about risk-taking and camaraderie, one only superficially devoted to automobiles, has done more than any other TV show to spread happiness and bring people together on a global scale.

Patrick West is a writer and journalist. Visit his blog here.