D&G said something we disagree with? Destroy those deviants!

The treatment of D&G exposes the shrill censoriousness of our age. 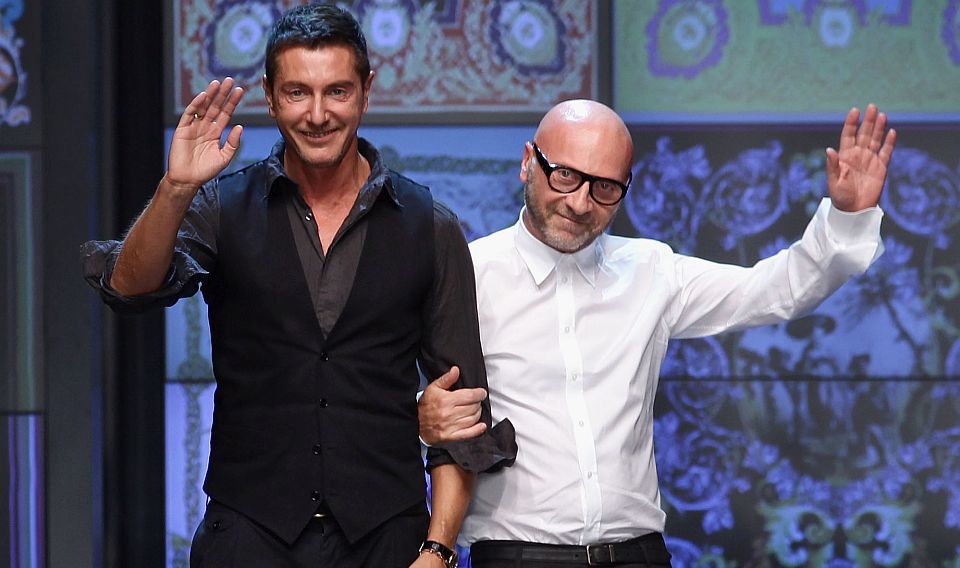 For an insight into the new intolerance, into the 21st century’s choking culture of ‘You Can’t Say That!’, look no further than the Dolce & Gabbana debacle. No sooner had the Italian Catholic designers of expensive clobber expressed their views on gay marriage, gay surrogacy and gay IVF use — in a nutshell they’re not a fan of any of it — than they were pounced upon by a right-on outraged mob led by national treasure cum national tyrant, Elton John. Demanding that Domenico Dolce and Stefano Gabbana be harshly punished for holding the ‘wrong views’, for daring to cock a snook at received wisdom as defined by Elton and his fawning followers in the media, pop and Hollywood industries, this Down With D&G mob has called for a boycott of the fashion house, with the hope that its sales will plummet and, fingers crossed, its business will collapse. People of the world, you have been warned: defy ‘right thinking’ and you will be destroyed.

With not so much as a smidgen of self-awareness, Elton and his pitchfork-wielding fanclub have described Dolce and Gabbana’s comments as ‘ugly’. When what’s been really ugly — and hysterical, too — has been the response to their comments. It has shown how thoughtless, how unreflective, how Pavlovian the playing of the ‘You Can’t Say That!’ card has become in the second decade of the 21st century. There was no consideration, no stopping to think, no offer to write serious, sensible responses to D&G that said ‘I think you’re wrong, and here’s why’. Instead, the outrage machine kicked in right away, churning out shrill condemnations, demands for retractions, and threats of hitting the pair where it hurts: in the bank. It all showed how much the intolerance of alternative views has become a kind of tic, a thought-free reflex that motors itself up almost the minute the other person opens his or her mouth to speak. ‘You think differently to me?! This mustn’t be allowed!’

What is most striking is how, for criticising the new idea of the gay family, Dolce and Gabbana, who are both gay, have been treated by their haters and wannabe silencers in the same way that gays themselves were treated not that long ago. They have been turned into deviants who should be ushered by the right-thinking set off the catwalk and ideally out of public life, in the same way gay-rights folks or gay writers and artists were once treated as producers of harmful, toxic ideas who had to be pulled from art galleries or bookshop shelves. They’ve even been branded as disordered. Commentators claim they’re suffering from ‘internalised homophobia’, a condition whereby a gay man is brainwashed by anti-gay ideas and comes to hate both himself and his kind. It used to be gays who were, outrageously, branded as mentally unstable, with homosexuality classified as a mental illness up to 1972 by the American Psychiatric Association; now anyone who criticises any aspect of the gay lifestyle is treated as sick, suffering from a ‘phobia’ (an irrational fear), the worst of which is the ‘internalised’ variety: self-infection, self-diseasing of the mind. Just as any woman who dares to disagree on the need to ban Page 3 is diagnosed as suffering from ‘internalised misogyny’ — that is, the poor dear has been brainwashed by the patriarchy — so any gay who criticises gay marriage or gay surrogacy is branded an ‘internalised homophobe’. Message to the D&G haters: just because someone disagrees with you doesn’t mean they are mentally ill. What is this, the Soviet Union?

Some will say — and have said — that Elton and his army of shutters-up are simply exercising their right to free speech. And technically speaking, this is true, in that they’re using words. But to want end? To the end of instituting a boycott — a form of punishment — against those who use other, allegedly bad words, those who dare to think differently to St Elton, Keeper of Gay Orthodoxy. Now, if D&G were refusing to employ black people or were forcing women to sit on the back of the buses that transport workers to their clothes-making factories — that is, if they were indulging in discriminatory behaviour — then a boycott might make some sense. But this boycott is something new, something that has become creepingly, and creepily, common in the modern era, from the shunning of the US fast-food restaurant Chick fil A over its boss’s comments on gay marriage to the forced expulsion of Brendan Eich from Mozilla over his views on gay marriage — it’s a boycott designed to punish thought, to harm people for what they think and say, to discipline allegedly deviant thinkers through the issuing of a stern warning: ‘You cannot say these things and expect to get away with it.’ It’s the use of speech, yes, but for an act of alarming intolerance.

Elton John comes across like an old-style religious leader bellowing at people for daring to break his commandments, threatening to strike them with the bolt of a boycott and banish them from the modern-day Garden of Eden — the fashion world — into a far harsher world of tuts and stares and hollers of ‘Shame!’. Yet because Elton represents the new received wisdom, rather than what are seen as outdated religious ideas, his intolerance is celebrated as… well, tolerance. It’s nothing of the sort. This is an ugly censorious campaign designed to have a chilling effect, and in that, it will certainly succeed. For who in their right mind will now express deviant views on any part of the gay gospel, the Gospel According to (Elton) John? Only a fool. Everyone else will silence themselves, repress their beliefs. They know what awaits them in the public sphere if they dare to utter a thought that falls foul of the new guardians of moral decency and acceptable thinking. If even dress-makers to the stars can be so stung for speaking their minds, what hope do mere mortals have?