If Labour wins the election, press freedom will be a big loser. 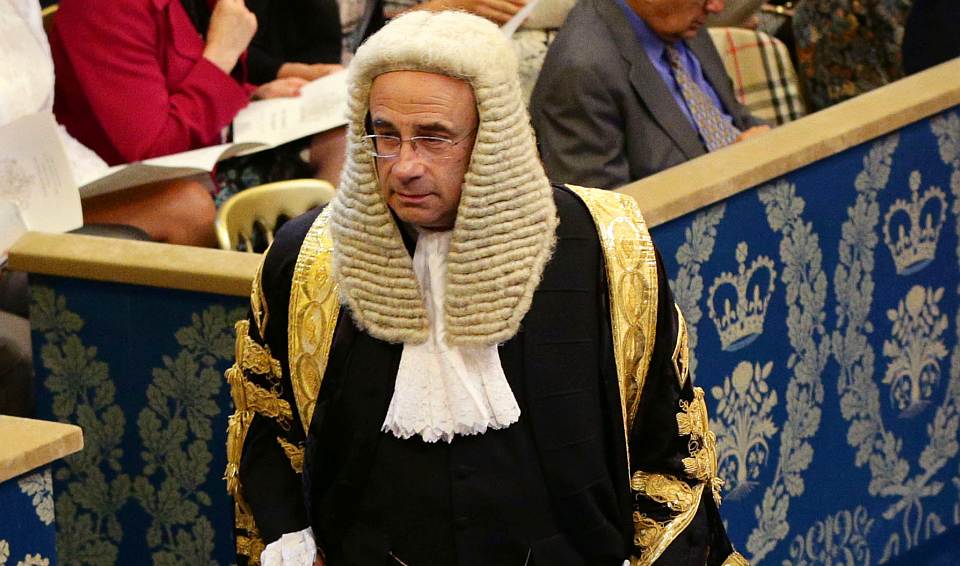 Monty Python’s dead parrot John Cleese was not joking last week when he compared journalists to murderers at a rally in Westminster where, as reported on spiked, ‘the hysteria and intolerance of Hacked Off were on full display’.

Even worse than the ranting of the former funny man was the contribution to that rally of Labour’s deputy leader, Harriet Harman, who nobody could ever accuse of cracking a joke. Harman’s speech gave the official stamp of Labour Party approval to the hysteria and intolerance of the press-bashing lobby.

Harman assured the select group of Hacked Off supporters gathered in Westminster that if Labour wins the UK General Election in May, it will not hesitate to impose the full system of state-backed regulation of the press proposed in Lord Justice Leveson’s report. ‘We are absolutely committed to what Leveson proposed and we do not think that business as usual is acceptable’, declared Harman. What is more, she insisted, winning the election would give Labour a mandate to ‘follow through on Leveson’.

Such is the degraded state of our democracy when it comes to a vital issue such as the freedom of the press. Labour Party leaders can make private plans for what they will do to the press after the election – to be discussed in passing with a handful of Hacked Off celebrities and lobbyists, but not seriously with the electorate. Then, after the election is over, they plan to claim a mandate to ‘follow through’ and dump on press freedom.

Lord Justice Leveson might not be dirtying his hands by standing for election in May. But it is clear that the unelected, unaccountable lord justice will be the eminence gris behind a Labour government, having already effectively written the party’s plans to turn the ‘colourful’ UK press grey. A quick reminder, then, of some of the ‘Leveson principles’ to which Labour now claims to subscribe. Key proposals in the 2,000-page report of the Leveson Inquiry, published in November 2012 and designed to sanitise the entire ‘culture, ethics and practice’ of the media, include:

— A state-backed ‘independent’ regulator, underpinned by the power of the law, to police and punish the unruly press — rewriting the editors’ code, issuing fines of up to £1million — and reward tame, well-behaved newspapers with a health-and-safety style ‘kite mark’ of official approval. Leveson wants this regulatory system to be overseen by Ofcom, the quango stuffed with government appointees that makes sure the BBC remains the Bland Broadcasting Corporation.

— A complainants’ charter, under which the new state-backed arbitrator would hear complaints not only from individuals alleging press mistreatment, but from ‘representative groups’ and third parties who don’t like something/anything they have seen or read. The members of the great and good on the panel would have the power to order the publication of a correction or apology, and to determine how and where it is printed. Look forward to future front pages edited by judges.

— A more secret state, where the police could not give the media off-the-record briefings and the press would be barred from naming arrested suspects. (These proposals have largely been implemented already in a post-Leveson environment where the police have been far keener on hacking reporters’ phone records and arresting tabloid journalists than letting the press know what they’re up to.)

— The further criminalisation of investigative journalism. Leveson proposes tightening the 1998 Data Protection Act to give journalists less protection and jail those who break the new rules for up to two years, and amending the 1984 Police and Criminal Evidence Act to remove the ‘journalistic exemption’ for material that has been ‘stolen’ — which would mean most information leaked by whistleblowers — and let the police or even the Financial Services Authority go into newspaper offices and seize it.

— The Fox-in-Charge-Of-the-Chicken Coop Act. Leveson proposes a law to ‘guarantee media freedom’ by, err, giving the government the right to intervene in media affairs ‘insofar as it is for a legitimate purpose and is necessary in a democratic society’. That’s all right, then; the state can interfere with the freedom of the press only when the authorities decide it is ‘for a legitimate purpose’. What could possibly go wrong?

This is apparently what you can expect to get if you vote for a Labour government. Just don’t necessarily expect them to spell it out before the election.

Just now it might seem as if the struggle over the future of press freedom in the UK has been suspended, if not ended. As a high-profile political issue it has certainly been kicked into the long grass since the press refused to sign up to a regulator recognised by Royal Charter — the deal that was stitched up between the political parties and Hacked Off in 2013. Yet there are snakes lurking in that long grass, getting ready to strike after May.

The Hacked Off elitists have been lobbying in their usual behind-closed-doors fashion to get the political parties to sign up to a tougher state-backed system. Last August, the tabloid-bashing group’s new executive director, the snobbish jobbing journalist Joan Smith, smugly observed in an interview that the state of press regulation ‘might be in a very different position’ after the General Election. If the press has not bent the knee to regulation by Royal Charter, she said, ‘we would then expect that to trigger a failure report to the government saying the Royal Charter has been set up and the newspaper industry has basically stuck two fingers up against it’. At which point a fully fledged Leveson Law would be expected to follow.

To that end, Smith assured the Press Gazette, the Hugh Grant-fronted lobby group was twisting UK politicians’ arms to make a manifesto commitment to creating a regulator backed by the state. She was sure that the Lib Dems were already signed up, and that Labour ‘are sympathetic, but we’d like more of a commitment about what’s actually going to go in the manifesto’. Hacked Off, she wanted to assure them all, will ‘keep going until we see quite dramatic improvements in sections of the press’. In other words, until the press submits to meeting the standards set for it by Ms Smith and Mr Grant.

Labour, the traditional top-down party of state socialism turned managerial machine, has never been a friend of press freedom and seems the natural ally of the Hacked Off clique. Harman’s previous insistence that her party is ‘not the political wing of Hacked Off’ prompted thoughts that the deputy leader doth protest too much. On the other side of that alliance, Hacked Off seems relatively unmoved by current revelations of widespread phone-hacking by the Labour-supporting Mirror newspapers, certainly compared to its feather-spitting hysteria over lesser offences by the despised, New Labour-deserting Murdoch press.

There is no need to imagine that the Conservatives are the freedom-friendly alternative to Labour and the Lib Dems (despite the presence of chief whip Michael Gove, the one politician to tell the Leveson Inquiry that press freedom was not in the gift of the good lord justice). The Conservatives are no more of a positive alternative to Labour than IPSO, the ‘tough’ regulator set up by the newspaper industry, is better than the system of regulation-by-Royal Charter. Both IPSO and the Tories have publicly swallowed the ‘Leveson principles’.

It was Tory prime minister David Cameron, after all, who set up the Leveson Inquiry/inquisition in 2011, haughtily announcing that, while it’s all well and good for the press to speak truth to power, ‘it is equally vital that those in power can tell truth to the press’. Cameron’s Tories were party, along with the Labour and Lib Dem leaders, to the late-night deal with Hacked Off that agreed the Royal Charter two years ago — the first system of state-backed press regulation in Britain since 1695.

However, this sorry tale should give serious pause to anybody with an ounce of feeling for freedom of speech and of the press who still imagines there might be a reason for voting Labour as the more progressive/radical/liberating alternative. You have been warned by no less an authority than the Labour Party’s once-and-possibly-future deputy prime minister: Vote Labour, get Lord Justice Leveson. (Or whatever version of his proposals Ms Harman and Labour leader Ed Miliband might ultimately have the nerve to implement.)

The fool formerly known as Basil Fawlty might have risked ridicule by comparing journalists to murderers. But it was the Right Honourable Harriet Harman QC MP who pledged in all po-faced seriousness that a Labour government would carry out Judge Leveson’s death sentence on press freedom.

It would be better by far if all this could be brought out into the open and the freedom of speech and of the press turned into election issues. Any politician out there willing to, in the horrified words of Hacked Off, ‘basically stick two fingers up’ to the Royal Charter, state-backed regulation of the press and all of the stultifying ‘Leveson principles’ would get my vote.