Why won’t we tell students that Kant is better than the Koran? 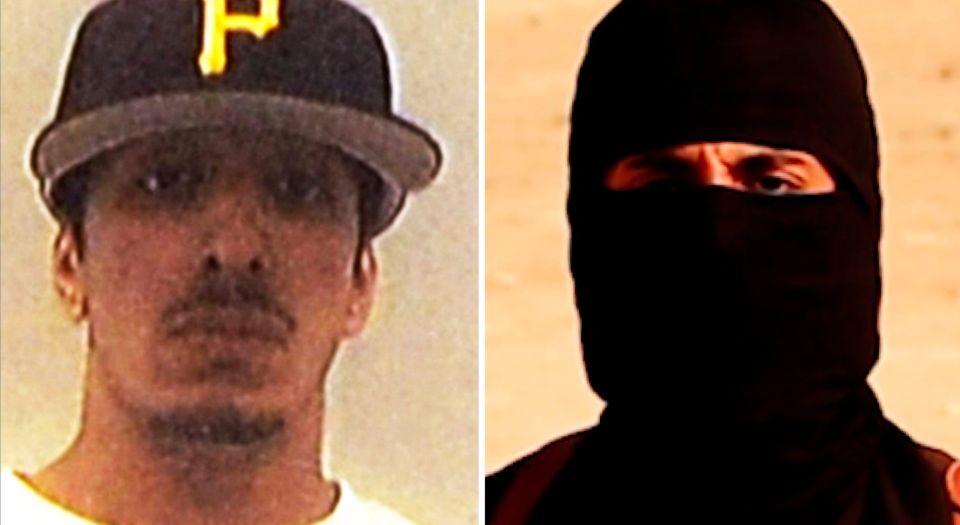 Following the unmasking of Jihadi John as Mohammed Emwazi, a London-raised computer-studies graduate of the University of Westminster, there’s been a lot of media heat over the problem of campus radicalism. How did universities become breeding grounds for beheaders, ask startled observers, allegedly turning students into aspiring martyrs dreaming of spilling infidel blood and getting it on with 72 virgins? Universities are supposed to enlighten youngsters, not turn them into medieval decapitators. The Uni-panickers, including David Cameron, are now suggesting that we should ban from campuses so-called hate preachers, those finger-wagging dispensers of Islamist dimwittery, in order to prevent impressionable minds from being twisted beyond repair.

But amid all this heat, there’s also been a moment of light. It came in a Washington Post piece by Avinash Tharoor, who studied international relations at Westminster, Jihadi John’s alma mater. Tharoor describes a seminar discussion of Immanuel Kant’s democratic peace theory in which something shocking happened. A student in a niqab scoffed at Kant and said: ‘As a Muslim, I don’t believe in democracy.’ Even more shocking was the response. ‘Our instructor seemed astonished but did not question the basis of her argument’, says Tharoor. ‘Why hadn’t the instructor challenged her?’, he asks, perplexed, especially considering that her Kant-bashing views, her sniffiness about this top dog of Enlightenment, were not rare but rather were ‘prevalent within the institution’.

This snapshot is important because it reveals a side to the Islamism-at-Uni problem that’s too often overlooked: the failure of academic institutions themselves to confront radical Islamist students and tell them they’re talking crap, and more fundamentally their failure to defend rational knowledge and the Enlightenment itself. The current obsession with hate preachers, and the notion that they’re stealing through the academy and corrupting minds, dodges the far bigger problem of intellectual and moral corrosion within the academy itself, the emergence over the past 30 years of a relativistic, ‘safe’ climate that actively discourages the elevation of any way of thinking over any other and calls into question the value of knowledge itself. If, as Tharoor says, some students ‘feel comfortable advocating dangerous and discriminatory beliefs’, it will be because they’ve sussed that they won’t be corrected; they know they’ll never be told: Kant is better than the Koran.

There’s undoubtedly an Islamist problem on campus. I have given numerous talks for Islamic Societies in universities, and I have been pretty disturbed by what I have seen and heard. I’ve seen row after row of British-born kids trying to look as foreign as possible, the men in smocks (their Nike trainers sticking out the bottom), and the women in fashion-conscious veils, the really edgy ones covering up everything but their eyes. It’s fashion as fuck-you, where the aim is to appear as ostentatiously non-Western as possible, so that your very presence becomes a challenge to any speaker who was thinking of asserting his secular beliefs over your religious ones. And I’ve heard these Brits-in-desert-dress argue that freedom is overrated: a packed hall of them laughed when I cited John Stuart Mill on how freedom of choice is the only thing that allows us to assume moral responsibility for our lives. At a debate on Israel, one Muslim student referred to Jews as pigs. The response was amazing: many students said nothing, while others referred to the hate-speech manual in search of the right warning to give him. I just called him an ‘anti-Semitic shit’, and everyone was taken aback, including the anti-Semite, who, judging by his demeanour, had never been so explicitly called out on his backwardness.

My impression of these students who flirt with Islamism is not that they are spectacularly dangerous — certainly very, very few will become executioners for ISIS — but rather that they are trying their hand, seeing how far they can go in dissing what they see as Western ideas and texts and the old, apparently fake ideals of freedom and rationalism. Their arguments are actually flimsy, and easily laid to waste in debate, but they hold on to them because there’s very little pushing back against them. There is no longer a vibrant, confident culture on campus devoted to slaying bad arguments and upholding good ones, to celebrating reason and Enlightened thought, and it is this dearth of Kantian daring, this refusal to assert the academy’s own intellectual superiority, which acts as an invitation to students to embrace other ways of thinking, secure in the knowledge that they won’t be rebuffed.

As Tharoor says, universities can be ‘unwittingly complicit in perpetuating [Islamic] radicalism’, through ‘allow[ing] Islamist extremism to go unchallenged’. This ‘unchallenging’ is the key problem. It speaks to what spiked’s education editor Joanna Williams describes as a rise of ‘anti-Enlightenment’ thinking within the academy, where ‘academic trends such as critical theory and post-structuralism, as well as political developments within feminism and left-wing politics’, have crashed together to create a judgement-dodging climate in which the very idea that any idea is better than another is often called into question.

What’s more, students are now told they have the right to exist in a ‘safe space’, an anti-social, anti-intellectual little world in which no one may challenge their identity or beliefs, and a whole armoury of terms has been invented to shoot down anything that has the whiff of an intellectual challenge to their ‘safety’ or self-esteem. The best-known is ‘Islamophobia’, which covers, not only acts of violence against Muslims, but criticism of Islam. A recent Washington Post piece described how even campus discussions of jihad and events in the Middle East are now trigger-warned for ‘Islamophobia’. There are similar developments here: critique the beliefs of Islamist students and see how speedily you’ll be branded with the mental-illness tag of ‘Islamophobia’. Given that their universities won’t stand up for Kant or Mill or the superiority of rationalism over superstition, and considering their identities have been ringfenced from ridicule by a whole host of censorious slurs, is it any wonder some students flirt with non-academic, non-Western ideas? The academy implicitly invites them to, by sending the message that its own values aren’t that great, and it unwittingly encourages them to hold on to their non-academic ideas by safe-spacing them from robust critique.

When Cameron and others say we must ban hate preachers, they’re missing the point, and making the problem worse. Rather than think about how we might re-fortify the academy, and breathe life back into the Enlightenment side in the battle of ideas, they avoid the battle of ideas entirely in favour of silencing those who spout Islamist rubbish. In doing so, they advertise their intellectual defensiveness, which can only further inflame those students who already think freedom is a sham and ‘the West’ is a hollow and phoney phenomenon. We should let everyone speak, including the haters, and we should simultaneously challenge the cult of relativism on campus and strip away every slur that is now used to silence those who criticise superstition or stupidity and who uphold Enlightenment values. We should tell students that, with his call on humanity to grow up, to dare to know, and to use moral reasoning to impact on the world, Kant is worthy of close and serious study. Kant is better than the Koran. And if they cry Islamophobia? Do that thing with your fingers to signify the playing of the world’s smallest violin just for them.