The 10 worst US states for abortion rights

Land of the free? Think again. 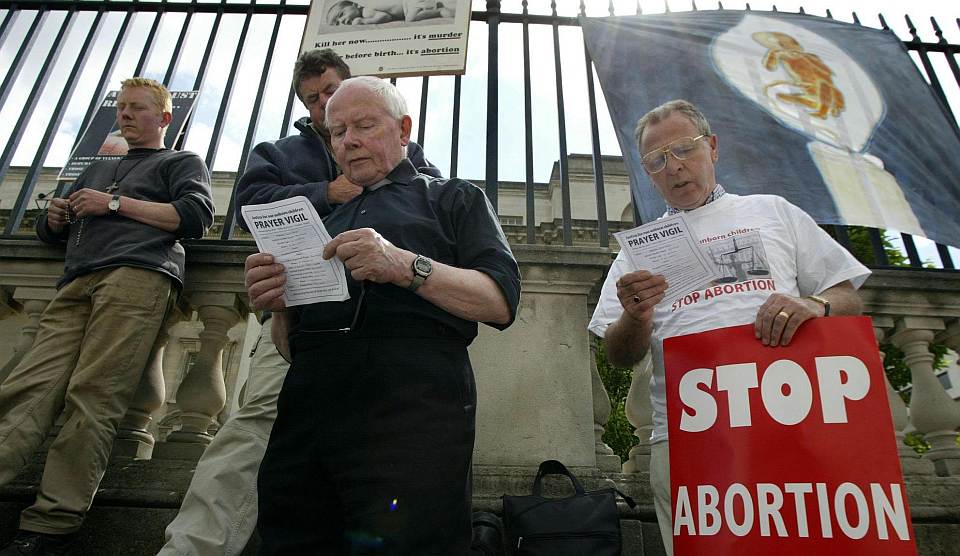 When it comes to shutting down women’s rights, these 10 states are way ahead of the curve. It wasn’t easy picking 10 – there are simply too many worthy contenders. All I can say is, well done guys. From bombings to the murder of an abortion doctor in his church to a representative comparing women to livestock – not to mention an epidemic of well-funded politicians attempting to legislate abortion out of existence, one state at a time – the anti-abortion landscape in the US has reached new heights.

Abortion has been legal in the US since Roe vs Wade, the landmark 1973 Supreme Court ruling that established, with various caveats, the right to abortion. But you wouldn’t know it these days. In the past four years, 231 new restrictions on abortion have been enacted at the state level – more than in the previous decade. Politicians across the country are utilising cunning legal manoeuvres to regulate abortion, severely limiting women’s access to safe and legal care. Unable completely to ban the ‘business of abortion’, they seem to be trying to take it down – one state at a time.

Formerly home to one of the country’s few late-term abortion providers, Kansas has quite a volatile history with regard to women’s rights. Dr George Tiller and his clinic became something of a battleground for anti-abortion activism. Tiller was infamously branded ‘Tiller the Baby Killer’, a nickname that political pundits, including Bill O’Reilly, regularly used for him. For three decades the anti-abortion movement tried to shut down his practice with lawsuits, regulatory complaints and a summer-long protest in 1991, which resulted in 2,000 arrests. Tiller’s clinic was bombed, his wife was assaulted in the clinic parking lot, and, in 1993, he was wounded in both arms when five shots were fired as he left his clinic. In 2009, while handing out programmes in his church at Sunday service, he was shot in the head and killed. Tiller’s clinic remains closed to this day, leaving only three clinics in the entire state. Subsequently, Kansas lawmakers have pursued legislation to keep the University of Kansas Medical Center from providing abortion training for its medical residents.

In 2011, South Dakota state representative Phil Jensen sponsored a bill that could have made killing in order to defend the life of a fetus ‘justifiable homicide’. The pro-choice community feared such a law could be interpreted as the legalisation of killing abortion doctors. Defending the bill in an interview with Greg Sargent of the Washington Post, Jensen argued that the bill only concerned illegal acts. When asked what the purpose of the law was, if not to target abortion providers, Jensen provided the following example: ‘Say an ex-boyfriend, who happens to be father of a baby, doesn’t want to pay child support for the next 18 years and he beats on his ex-girlfriend’s abdomen in trying to abort her baby. If she did kill him, it would be justified. She is resisting an effort to murder her unborn child.’ Jensen seemed unconcerned and dismissive of the suggestion that the law could have the potential to incite anti-abortion extremists.

In North Dakota in 2013, governor Jack Dalrymple attempted to enforce a ban on abortion after six weeks of pregnancy, a time when many women do not yet know they are pregnant. After a federal judge blocked the law, calling it ‘invalid and unconstitutional’, the governor said it was ‘a legitimate attempt by a state legislature to discover the boundaries of Roe vs Wade‘.

Only one abortion clinic remains open in the entire state of Mississippi – and governor Phil Bryant is currently doing everything he can to shut it down. ‘On this unfortunate anniversary of Roe vs Wade, my goal is to end abortion in Mississippi’, he said in a speech last month. He also made headlines recently when he tried to impose a law requiring abortion doctors to have admitting privileges at local hospitals. Bryant’s proposal is one of the popular new ‘TRAP Laws’ (targeted regulation of abortion providers) now being tabled by anti-choice politicians. As the Center for Reproductive Rights has argued, such regulations are unnecessary, as abortion is in fact one of medicine’s safest procedures. Instead the regulation seems aimed at making it increasingly difficult for abortion providers to function. While attempting to comply with the new regulations, the doctors at Jackson Women’s Health Organisation have been unable to obtain such privileges at seven local hospitals. After making national headlines, this law has been temporarily blocked, pending the court’s final decision – allowing the clinic, for now, to remain open.

Farmer and Georgia state representative Terry England famously supported a bill in 2012 which tried to ban abortions after 20 weeks – with no exceptions for the life of the mother, or a non-viable fetus. England made headlines when he took to the microphone in support of the bill, and relayed his experience on the farm of delivering dead calves and pigs. ‘It breaks our hearts to see those animals not make it’, he said. But, he went on, ‘life hands us many experiences’. His comments led his opponents to rename the legislation the ‘Women as Livestock’ bill. The bill was passed by the House of Representatives and approved by the Senate – causing several female representatives to walk out – but it was later blocked by a judge and is not currently in effect.

Squelching women’s reproductive rights is something of a speciality of the southern state of Texas – home to some of the most stringent abortion restrictions in the country. In 2013, then governor Rick Perry proposed a package of abortion restrictions which severely limited women’s access to abortion throughout the state – causing a significant number of clinics to close when they didn’t meet, among other things, new building specifications for existing clinics. The Center for Reproductive Rights says the required renovations (expanding hallway widths and ceiling heights, adding locker rooms and parking spaces) do nothing to improve safety and are opposed by the American Medical Association.

In opposition to Perry’s restrictions, state senator Wendy Davis staged an 11-hour filibuster, speaking late into the night to prevent the vote from happening. Perry, however, called a second special session the following day, successfully passing the bills and signing them into law. This caused all but eight abortion clinics in the state to close. Some clinics have been allowed to reopen temporarily, pending a final decision by the courts.

If that wasn’t enough, Texas also requires that abortion clinics carry out medically unnecessary transvaginal sonograms and counselling which includes information on the purported link between abortion and breast cancer, mental-health consequences and fetal pain – all of which are refuted by much of the scientific community.

State-issued ‘Choose Life’ license plates are available to Florida residents. Florida politicians have passed a bill that redistributes funds from these plates and their annual renewal fees to anti-abortion organisations. Florida has attempted to block all state funding to Planned Parenthood organisations. Meanwhile, Choose Life America, which started in Florida in 2000, has raised more than $21million nationally.

While state-level bans on abortion are still illegal in the US, states eager for that day to end have implemented ‘bans-in-waiting’. Louisiana is one such state, and has a law in place that would immediately outlaw abortion in the event that Roe vs Wade is overturned. Americans United for Life, which offers legislators model anti-choice guidelines, has ranked Louisiana number-one on its list of pro-life states five years in a row.

With only three abortion clinics in total, the panhandle state is particularly hostile to women’s reproductive rights. Last year, Oklahoma governor Mary Fallin signed a bill into law attempting to place restrictions on medical abortion, requiring providers to follow obsolete methods. Under the new rules, patients are required to take three times more medication than the American College of Obstetricians and Gynecologists recommends, warranting additional visits to the clinic. The law also sought completely to ban medical abortion after seven weeks of pregnancy, instead of the usual nine to 10 week limit, requiring women to undergo surgical abortions instead.

Usually falling somewhere in the middle on the issue of abortion, Illinois isn’t an obvious choice for this list. However, it is home to controversial anti-choice activist Eric Scheidler, executive director of the Pro-Life Action League. Last month, on the forty-second anniversary of Roe vs Wade, Scheidler mailed a package to every abortion clinic in the country containing a pair of plastic handcuffs, a photo of an abortion doctor being arrested, and a note that said ‘Could you be next?’. Defending his stunt, Scheidler said: ‘I am working towards a day when abortion is a crime and committing the crime of abortion would result in an abortionist being arrested.’ Asked whether he also sent handcuffs to women who terminated pregnancies, Scheidler said: ‘Certainly not. For one thing, I don’t have that mailing list.’

Where some states have tried to pass anti-abortion measures and failed, Arizona seems particularly committed to seeing that they prevail. Over 40 Arizona statutes address abortion in some way. When a constituent sent an email urging state representative Terri Proud to vote against two such bills in 2012, she responded: ‘Until the dead child can tell me that she/he does not feel any pain, I have no intentions of clearing the conscience of the living. I will be voting YES.’

Carrie Levi is a writer based in Chicago.