Copenhagen: the bloody, murderous No Platforming of blasphemers

After this shooting, let’s fight even harder for the right to offend. 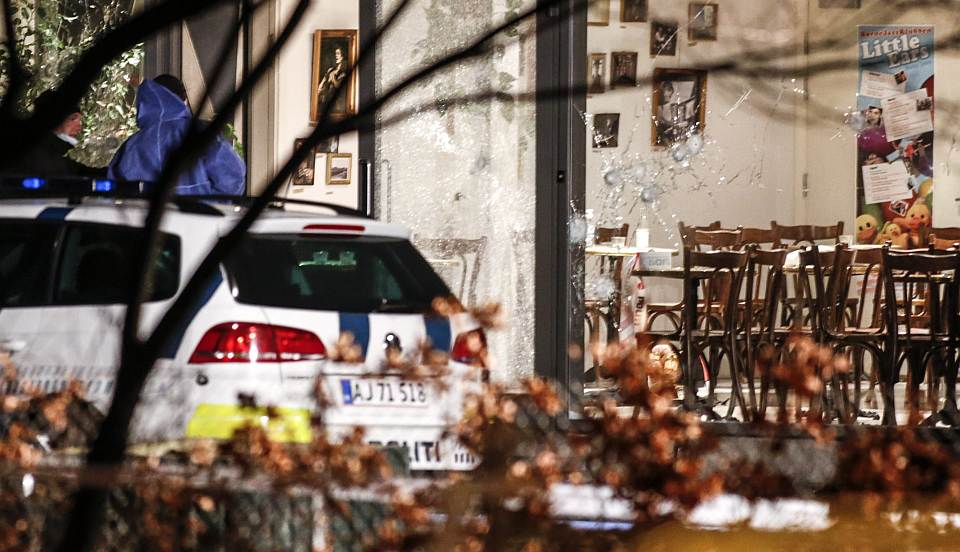 Another month, another murderous assault on those who believe in and exercise the freedom of speech. Today’s shooting at a free-speech debate in a cafe in Copenhagen may not have been as bloody as the massacre at the offices of Charlie Hebdo in January: according to reports, one person is dead, and the cartoonist who was presumably the target – the Muhammad-mocking Swede Lars Vilks – survived. But the intent seems to have been the same: to punish those who blaspheme, who dare to say offensive things, who refuse to bend the knee at the altar of PC and instead either say and draw scurrilous stuff or defend the right of others to do so. In the second decade of the 21st century, a couple of hundred years since those dark days when it was the norm in Europe for the spouters of strange or ‘wicked’ or simply unpalatable things to be executed, a fashion for killing the free-speaking seems once again to be stalking the continent.

What is especially disturbing about the shooting in Copenhagen is that it was an assault not only on Islam-ridiculing cartoonists — which would be, and has been, heinous enough — but on what seem to be ordinary, engaged citizens, keen to discuss the value of freedom of speech. This gathering of people, who had come to hear not only Vilks but also the French ambassador to Denmark, who was speaking about the post-Charlie Hebdo situation, found themselves under a hail of bullets simply for taking part in a debate on ‘Islam, blasphemy and free speech’. This should feel chilling to everyone who is interested in public debate and the liberty to think and say and discuss what we please. For now, even those of us who aren’t especially interested in drawing cartoons of Muhammad, but who do want to speak and argue in favour of other people’s absolute freedom to do so, find ourselves to be potential targets. Today, it seems, it isn’t only the exercise of freedom of speech that can earn you summary punishment; so, too, can simply thinking about freedom of speech.

Coming hot on the heels of the Islamist massacre of the French cartoonists, today’s shooting will strike many as yet more, harder evidence that a foreign illiberal strain is infecting Europe, bringing the faraway intolerance of hardcore Islamism to a continent that was, until recently, pretty Enlightened and liberal. It remains to be seen who carried out the shooting; if it was individuals who were part of an Islamist network, then they need to be caught and their connections investigated urgently and carefully. But it would be a mistake to see these shooters, whoever they are, as utterly alien to modern Europe. For the sad fact is that theirs, ours, is a continent on which it has become increasingly acceptable to ‘no platform’, shout down, shut up or otherwise silence those deemed by certain groups of people to be offensive. Indeed, this shooting, presumably aimed to silence a discussion on free speech, and one of the speakers in particular, can be seen as a bloody, murderous version of No Platform — the trend for denying space or university lecterns or airtime or the walls in art galleries to anyone who is viewed as too ideologically edgy, too un-PC, too foul, too much. Only where civilised censors use pressure and Twittermobs to have people removed from panels or the airwaves, these guys used guns.

Indeed, at the end of last year an art gallery in Copenhagen pulled the plug on an exhibition that campaigners deemed to be racist. In recent months, we’ve seen art exhibitions cancelled in London, university debates closed down at Oxford, Cambridge and elsewhere, ‘hate speakers’ arrested and in some cases imprisoned in different parts of Europe, and sexist TV shows or newspaper articles pulled from the public realm. And strikingly, the ‘Je Suis Charlie’ moment that followed the Paris massacre fizzled out pretty quickly, giving rise to continent-wide murmurs about how maybe the cartoonists brought it upon themselves. In France itself in the five weeks since the Charlie Hebdo massacre, far-right ideologues have been arrested for speech crimes and three people were fined for committing the speech crime of writing homophobic tweets. Nothing foreign has been required to batter freedom of speech in Europe; it’s been under attack from within for years, by the law, by politicians, by students, by campaigners, and, yes, by Islamists. The shooting in Copenhagen has not happened in a vacuum — it has happened in a place and at a time when free speech has become a negotiable commodity, when giving offence is tantamount to a moral sin, and when more and more people feel they have a licence to silence those who offend them.

It must stop. The caginess about free speech, the apologising for offence-giving, the lust for nobbling or no-platforming anyone who dares to rile or disturb us… it all must stop, for it is destroying open and honest public debate and it is giving a green light to ever-more sections of society to play the offence card, too, and to say STFU to those they dislike, or to demand with force and menace that they STFU or else, as has happened in Paris and Copenhagen. How should we respond to this physical assault on a debate about free speech? By having more debates about it, in more places, more regularly, engaging more people, as many people as possible. spiked knows which side of this debate it will be coming down on: the side that says there should be no limits whatsoever to freedom of speech, and that even blasphemers — whether against the old religion of Islam or the newer secular religion of PC and offence-avoidance — must be free to think, say, write, draw, mock and laugh at whatever they please.